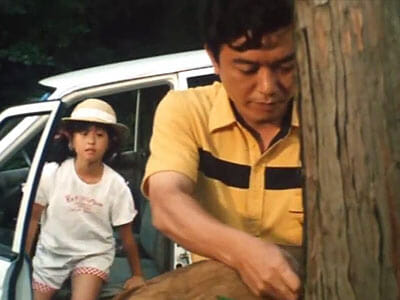 The episode starts with an asshole dad driving along with his daughter, and he just stops and unloads her dog and its puppies on the side of the road. The mom’s in the hospital and he can’t afford to take care of the dogs, so off they go. Jerk. 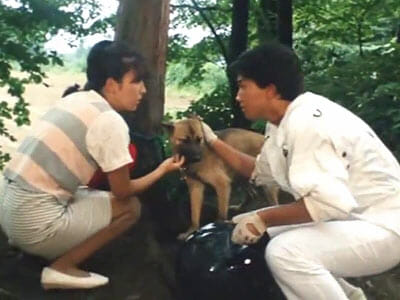 Mai and Hakko find the dog

Ryusei, Mai, and Hakko find the dog but she’s been separated from the puppies and needs help getting them back. Yes, Ryusei speaks dog by the way. 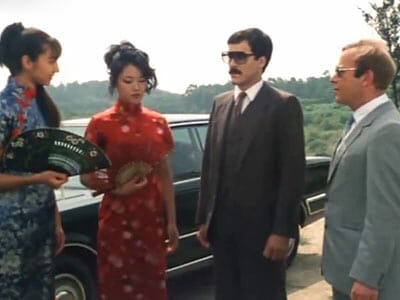 Neros’ secretaries meet with a pair of arms dealers

Nearby, a group of God Neros’ Armament Army guys give a demonstration of a small robot weapon to a couple foreign arms dealers. The weapon is called Dexter X1, and while not exactly imposing, it certainly kicks Armament Army ass in the demonstration. 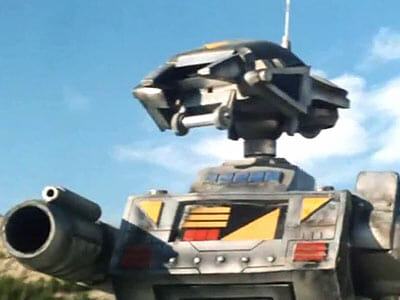 Ryusei and Hakko’s search for the puppies take them to Dexter X1’s testing ground; the Armament Army tries to use the puppies to lure them into a trap, but it doesn’t work and Ryusei, now Metalder, destroys Dexter X1 (Hakko helped a bit, but not much). 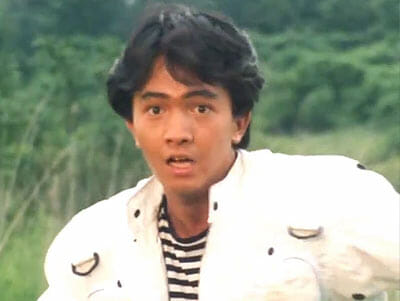 Two of the puppies are rescued, but where’s the third? Metalder and Hakko find him in the arms of one of the Armament Army guys, Bulchek. He thinks animals are cute and used his body as a shield to protect the puppy. 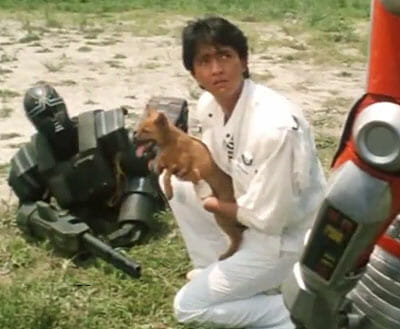 In the final scene, Ryusei and friends hold an adoption party for the dogs. 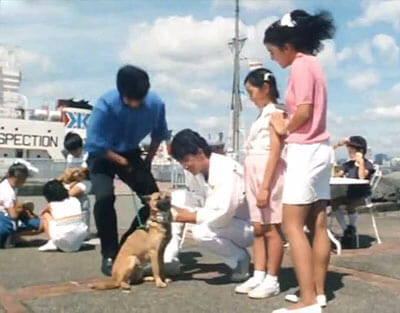 The puppies get adopted

The Armament Army finally have an episode to themselves, but I think this is the only one they get. They kinda weird me out when we see them without their armor/armaments. They look naked and their heads remind me of Power Ranger helmets. 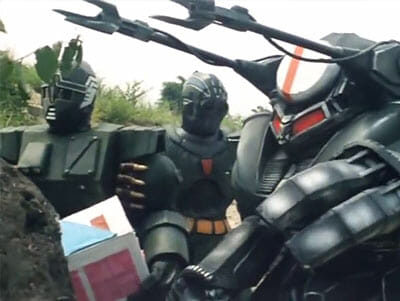 I really liked that Bulcheck went out of his way to protect the puppies – he actually had more of a heart than the girl’s dad at the beginning of the episode! As we’ve seen with Top Gunder and Rhapsody, not everyone in God Neros’ armies is completely bad, but in this case, Bulcheck’s love for animals is forgotten after this episode, and he goes back to being a random minion for Metalder to fight. Too bad. 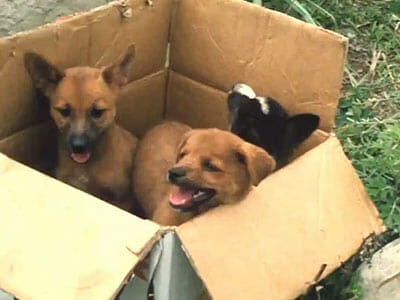 The puppies were cute and we got a heartwarming ending with their adoption. I’m really glad they all survived this episode, but considering this is a kids show, they weren’t in any real danger. Watch the episode if you like dogs, otherwise maybe just skip it – it’s very average, nothing important happens, and Dexter X1 is one of the least memorable enemies in the series.