God Neros upgrades his violin-playing robot Rhapsody into a warrior to fight Metalder. 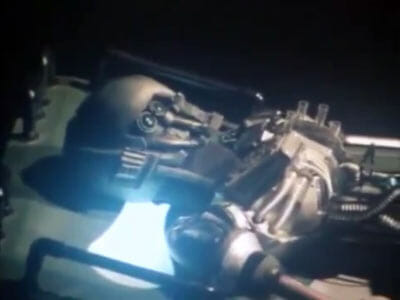 “We can rebuild him; we have the technology”

Neros wants to take advantage of Ryusei’s memories of Tatsuo Koga (who we learn was a gifted violinist) and has his musician robot Rhapsody upgraded to a battle robot with a high rank. The other members of Neros’ army are annoyed at Rhapsody’s promotion, but they shut up after they see him quickly best the Tag Brothers in combat. 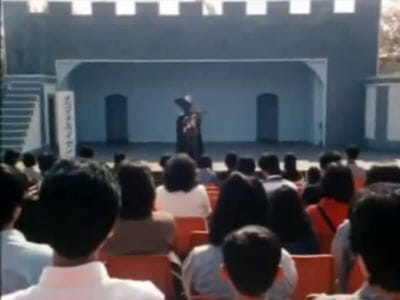 Rhapsody plays at an outdoor concert

Ryusei sees Rhapsody playing at an outdoor concert and shifts into Metalder; the two robots fight, but Metalder becomes paralyzed every time Rhapsody plays the violin and is forced to call his motorcycle to escape. 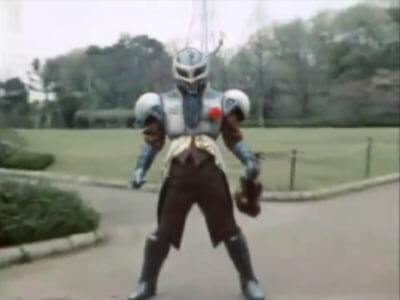 In the Silver Caucus, Ryusei tries to figure out why he was paralyzed by the music. It seems it was affecting his human circuits because of Tatsuo’s memories of playing the violin. Ryusei tries to upgrade his machine circuits to compensate for this weakness, but his programming does not allow it as it would disrupt his human/machine equilibrium. 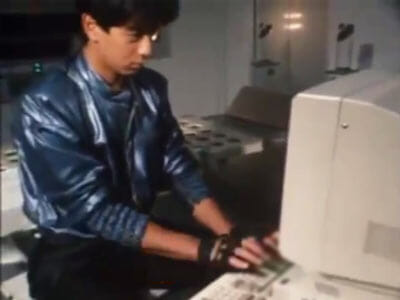 Ryusei tries to reprogram himself

Metalder ends up having a rematch with Rhapsody in a park. He starts the battle on the losing side, but once he diverts power from his human half to his machine half, he is able to overcome his weakness and rip out Rhapsody’s battle circuits. 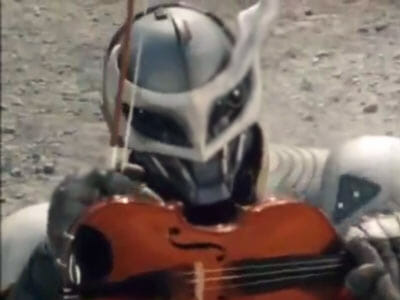 Rhapsody is restored to his regular, benign self; he recognizes Metalder’s love of music, and because he finally wants an appreciative audience, starts playing a tune on his violin. Then someone from the Neros Army shows up and fires missiles, destroying Rhapsody, and that’s the end of that. 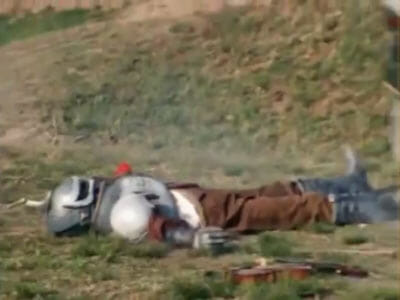 Later in the Ghost Bank, we see that Rhapsody has been rebuilt but he’s back to his lowly, lowest of the low rank. He’s even ranked lower than that grasshopper guy from the Monster Army! 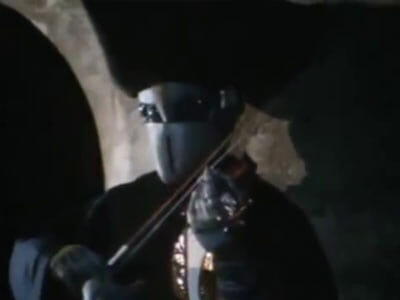 This episode was similar to the last one in that Ryusei’s memories of Tatsuo played a critical role. At least this time they didn’t act as a cheap deus ex machina. Instead, we had the human to machine circuit energy transfer thing going on, which is a bit more plausible, but I don’t think it ever gets mentioned again. 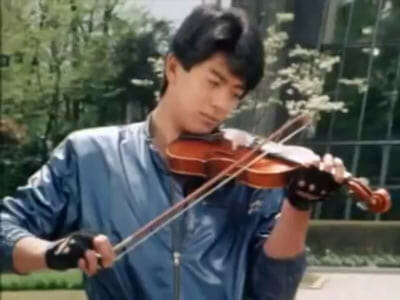 This episode needed a violin duel

The classical music in this episode was a nice touch, but what this episode really needed was a violin duel between Ryusei and Rhapsody!