Metalder has a duel with Top Gunder, the sharpshooter robot warrior with an honor code. 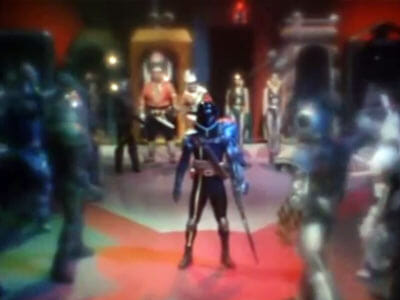 We begin our episode with more partying in the Ghost Bank. Top Gunder is unhappy and yells at everyone to stop goofing off. Neros appears and likes the cut of Top Gunder’s jib and chooses him to be the next warrior sent out to fight Metalder. 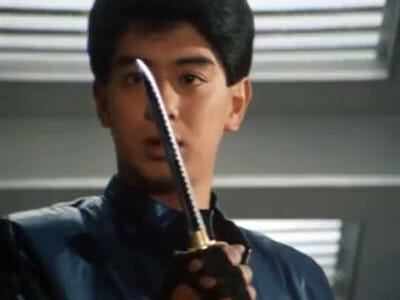 Springer gives Ryusei a dagger that belonged to Tatsuo

In the Silver Caucus, Ryusei does the ’80s equivalent of Google searching on his computer to see if he can find more info on God Neros, who was name dropped by Gamadon in the last episode. Springer shows up to give Ryusei a dagger that once belonged to his creator’s son, Tatsuo Koga. Then Ryusei heads back into the city to hang out with Mai and her dog; we learn that Ryusei speaks dog! 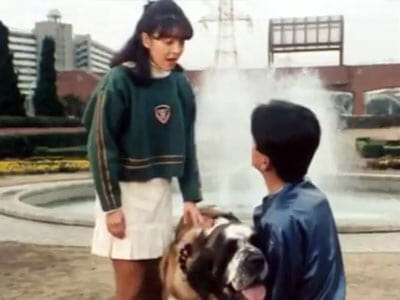 Top Gunder steps out of a warp gate (an elevator from the Ghost Bank) and finds himself in a nice open field. He fires his rifle a few times, which Ryusei hears thanks to his super sensitive hearing. 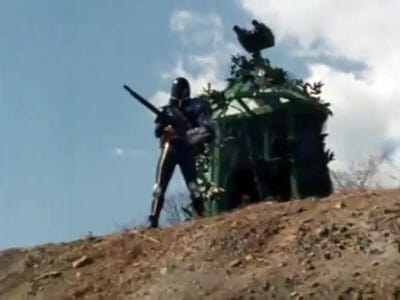 Top Gunder steps out of a warp gate

Ryusei heads over to Top Gunder, but Neros’ grasshopper and cicada monster minions also show up wanting the glory of defeating Metalder for themselves. Top Gunder fires a few shots at them and they leave, but it’s too late and they’ve already spoiled the mood. Top Gunder reschedules his duel with Metalder for the following day. 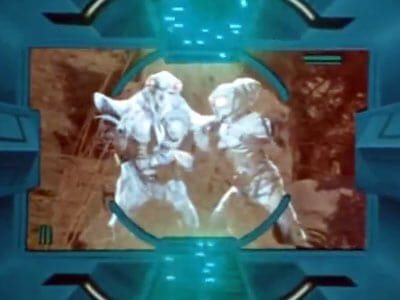 The next day, Metalder arrives at the battleground in his Side Phantom motorcycle and ejects the sidecar to ram into Top Gunder. In the confusion, Metalder leaps behind Top Gunder and stabs him in the shoulder with Tatsuo Koga’s dagger, causing him to drop his rifle. 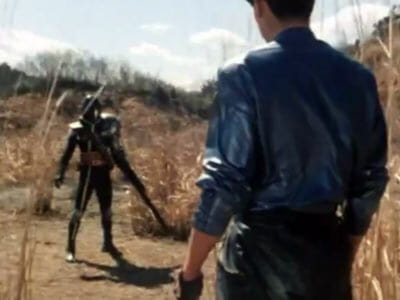 Without his rifle, Top Gunder is forced to admit defeat and asks Metalder to kill him, but Metalder says no – he found Top Gunder to be a formidable but honorable opponent and wants to fight him again someday. 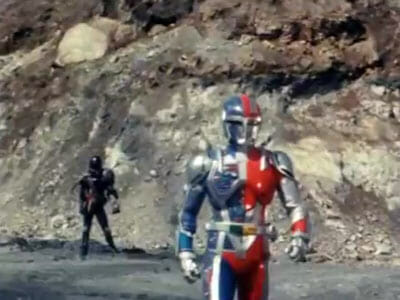 Top Gunder (introduced in the last episode) is a pretty good opponent; he’s skilled and deadly serious, but has an honor code, so he’s not totally bad. 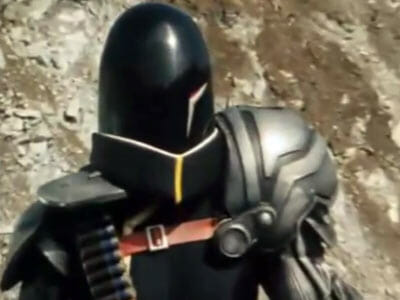 The fight scene was fairly memorable, as we get to see Metalder use a bit of strategy (as in the third episode), if you want to call ramming a sidecar into Top Gunder, then sneaking up behind him to stab his shoulder a strategy. Hey, whatever works, man.