God Neros commemorates his birthday by sending four warriors after Metalder instead of the usual one. Meanwhile, Ryusei visits the library and reads a lot of books. 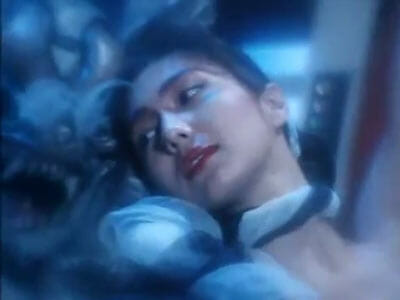 It’s God Neros’ birthday and celebrations are afoot in the Ghost Bank. There’s lots of food set on tables and dancers show up to waltz with several of Neros’ minions in a strange scene lasting a couple minutes. 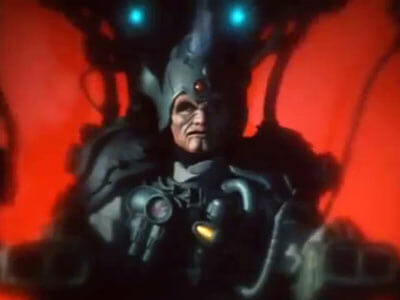 God Neros is not amused

Neros gets angry and puts a stop to it all, saying that the one thing he really wants for his birthday is Metalder’s head. This time, instead of sending one person after Metalder, he selects one warrior from each of his armies:

An aquatic robot whose entire body is a torpedo (Armament Army).

Top Gunder isn’t enthusiastic about going due to his honor code; he believes a 4-on-1 fight is most unfair…but goes anyway. 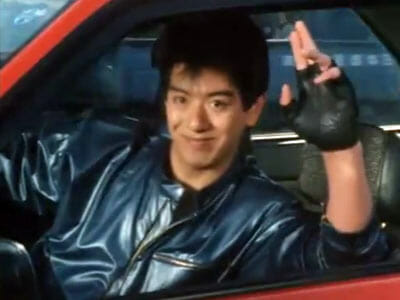 Meanwhile, Ryusei drives into the city to hang out with Mai. She thinks she dreamt he was an android (she saw his robo bits in the last episode), but he confirms that yes, he is indeed an android. She takes him to the library so he can research his creator, Dr. Koga. 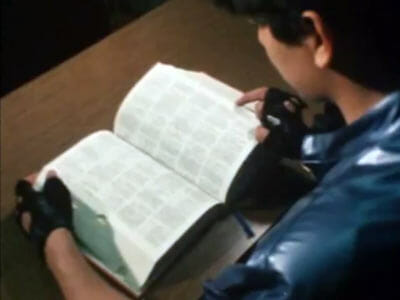 Ryusei scans all the books, literally going through a stack in seconds and learns a bit more about Koga’s son, Tatsuo, who was a Kamikaze pilot during World War II. Because Ryusei has some of Tatsuo’s memories, he has a desire to visit the harbor. 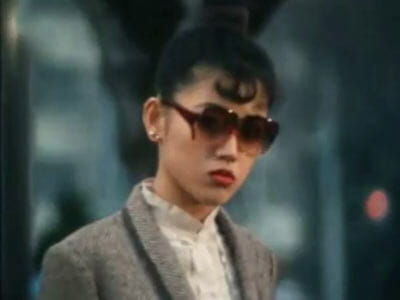 One of Neros’ secretaries keeps an eye on Ryusei

Unbeknownst to either Ryusei or Mai, one of God Neros’ secretaries observes their every move. 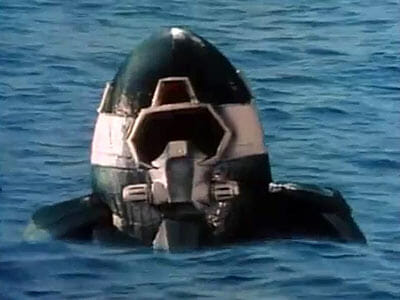 The four Neros minions wait for Ryusei and split up for a surprise attack. Gamadon makes the first move and knocks Mai unconscious with his tentacle, prompting Ryusei to turn into Metalder. Gamadon plays the “I’m sorry, please don’t hurt me” card and Metalder lowers his guard, allowing Gamadon to grab him with his electro tentacles. 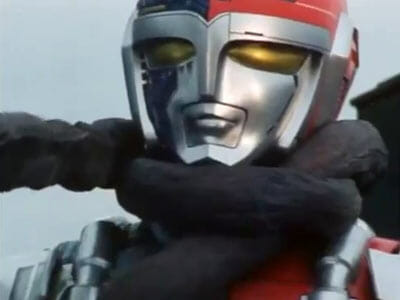 Metalder is able to overpower him and shoves his fist into Gamadon and pulls out one of his internal organs – I guess the “do no harm” programming doesn’t apply to mutant monster creatures! 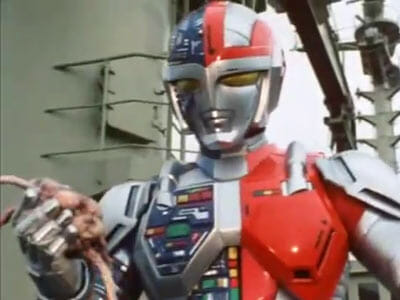 Agmis rams himself into the ship Metalder and Gamadon were fighting on, but Metalder escapes the explosion in one piece. 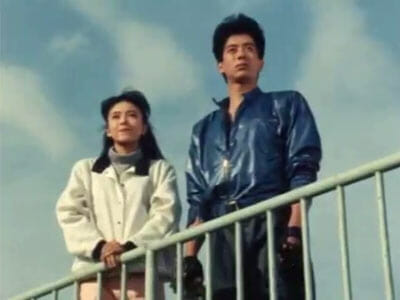 A few noteworthy things happen in this episode: Ryusei solidifies his partnership with Mai after she learns he’s an android, he starts learning about his creator Dr. Koga, and discovers that God Neros is his enemy after Gamadon slips his name during their fight. Most importantly we learn that Springer enjoys watching television. 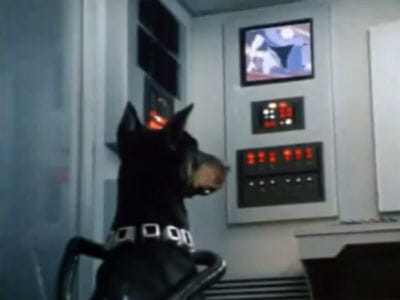 I like the fact that Neros sends four minions to fight Metalder this time, but it turns out to be a tease since they end up splitting up, and only half of them end up seeing any action at all. The harbor makes a nice change of fighting locales, though.