Ryusei befriends a rabbit then, as Metalder, fights a guy with a huge mallet. 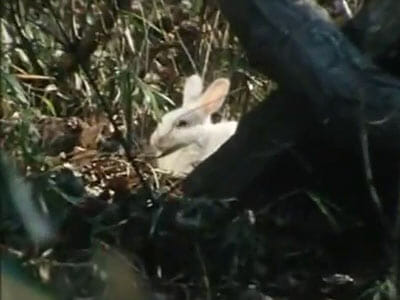 Ryusei goes out exploring in the forest around his lab base, or Silver Caucus as its officially called, and he befriends a bunny rabbit that makes him laugh like a crazy person. He then goes out in the city where he tries to use a payphone to call Mai Ogi (she gave him her business card in the previous episode). He has a lot of trouble understanding how to make his call, but some kid helps him out. We get cut to Mai’s apartment where it’s incredibly ’80s (boombox, she’s in workout clothes, leg warmers), and she agrees to meet up with Ryusei. 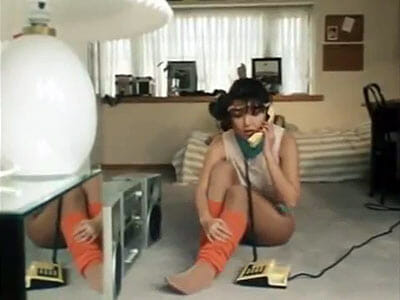 Elsewhere, in the Ghost Bank, God Neros looks upon Gochak’s broken body, destroyed by Metalder in a fight last episode. But it’s fine. Golchak can just be rebuilt and sent after Metalder another day. Neros wants to send another of his men to fight Metalder, and we get a reprise of the gladiator battle from the last episode; Ben K – a fighter from the Armored Army with a big-ass mallet – fights and defeats someone from the Robot Army. Ben K, you’re up! 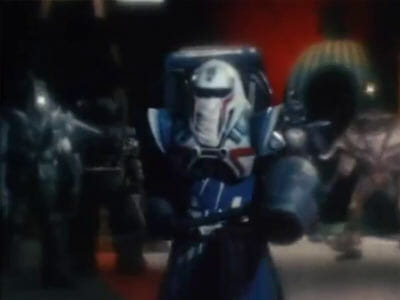 Back in the city, Mai meets up with Ryusei and still thinks he’s weird, especially the fact that he’s never seen a television set before. Ben K suddenly shows up and scrapes Ryusei’s leg with a sickle. Mai sees Ryusei’s inner robo-bits through the wound and faints. 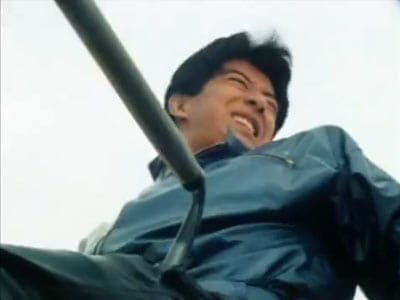 Ryusei is struck by Ben K

Ryusei follows Ben K back to the quarry and forest-area by the Silver Caucus and they start their fight. Get used to this location because most of the show’s action scenes happen around here. A bunch of Neros’ guys from the Armament Army are also present and fire off a few rounds at Metalder, but he evades them. 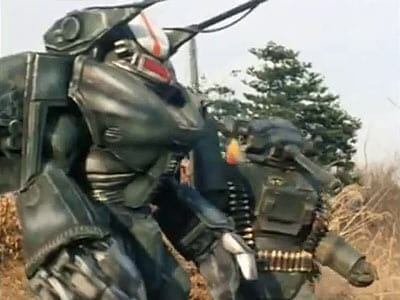 Members of the Armament Army give Ben K backup

Ben K picks up the rabbit Ryusei befriended at the beginning of the episode and threatens to kill and eat it; this enrages Ryusei and he transforms into Metalder. His injured leg slows him down in his fight with Ben K, but earns a victory by leaping in front of the sun, blinding Ben K, then knocking him down. 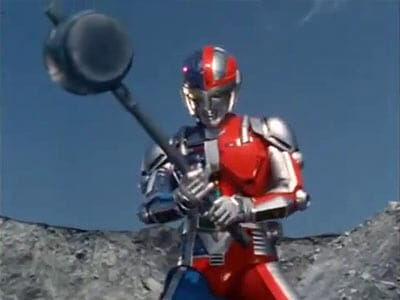 Metalder then grabs Ben K’s big-ass mallet to deliver a final blow, but his programming by his pacifist creator Dr. Koga prevents him from going through with it. Instead he tosses the big-ass mallet aside and lectures Ben K that he has one life to live and that he shouldn’t spend it being a jerk.

Oh, and the bunny made it out just fine. 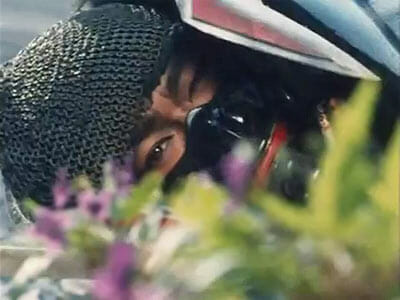 There were parts that made this episode seem like a repeat of the last one, but I liked it more. We have more of Ryusei exploring what it means to be human, and more of his blossoming friendship with Mai Ogi, who now knows he’s a machine.

I also found the fight choreography between Ben K and Metalder a lot more interesting and dynamic compared to the Golchak fight. There were lots of leaping and smashing, and Metalder actually using strategyto win.