Metalder meets a miner whose family was taken hostage by the Neros Empire; a reformed Ben K returns and offers assistance. 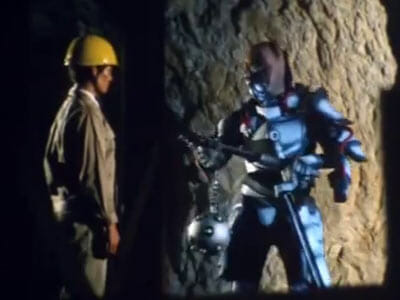 Secret meeting in the mine

God Neros’ latest scheme involves hiring some miner dudes to dig a tunnel to get someone’s gold or something. One of these miner dudes accidentally sees his supervisor secretly meeting with Neros’ minion, Hidouman. The miner is spotted and flees the scene. 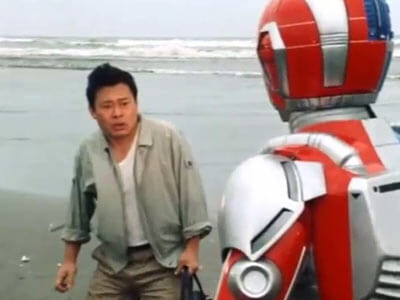 Nearby, we see Mai having a ninja-themed photoshoot with Ryusei; the miner comes by and (after trying to steal their car) tells them the Neros Empire is after him. All this guy wants to do is collect his family before he skips town. 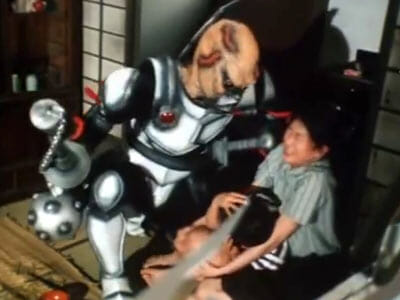 He’s too late, though, as we see Hidouman barge into his home and nab his wife and son. 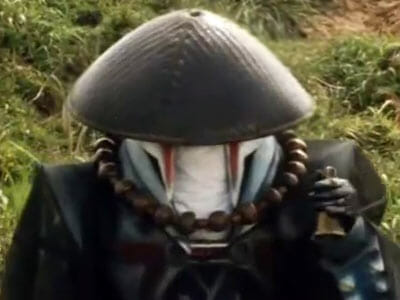 Metalder fights Hidouman and gets thrown off a cliff, but is immediately rescued by Ben K. Since his fight with Metalder in episode 3, Ben K has become monk, hoping to repent for all the sins he’s committed in his life as a member of the Neros Army. 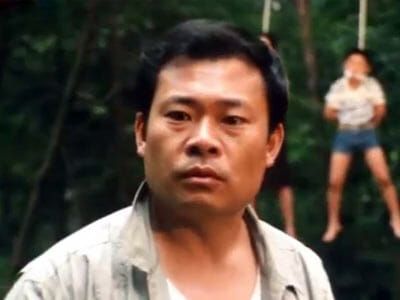 The miner must make a decision

Hidouman finds the miner and takes him to the forest, where his wife and son are suspended from a tree, hovering over a bunch of sword blades stuck in the ground. Hidouman promises to let them go if the miner jumps onto the blades and kills himself.

The miner seriously considers making the sacrifice, but Metalder and Ben K show up just in time. 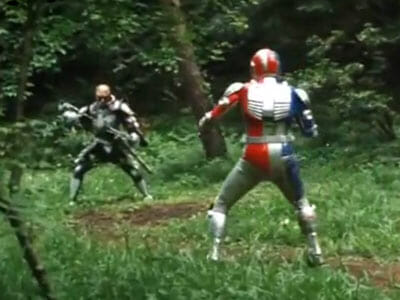 Metalder fights Hidouman using techniques he picked up from watching the ninjas in the last episode, and easily slices his opponent in half with his laser arm.

Meanwhile, Ben K frees the hostages from the tree and protects them from a bunch of Neros’ ninja foot soldiers. Their numbers are overwhelming but Ben K defeats each and every one at the cost of his own life – he dies on his feet, like the Benkei of legend he was named after. 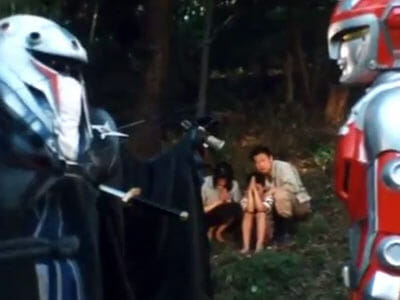 Ben K dies on his feet

At the end of the episode, Ryusei and Mai check out the tunnel the miner was on about, but find they are too late as Neros ordered it filled. With nothing else to do that day, they decide go shopping. 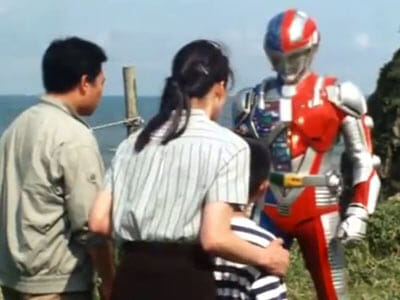 This was a good one – I liked the return of a reformed Ben K and his (sadly short) partnership with Metalder. Ben K’s unique fighting style, of using brute force, was a welcome change to the standard fight scenes. Instead of the usual punching, kicking, and leaping, Ben K picks up a freakin’ tree and hits people with it.

The episode could have just focused on Ben K’s redemption and alliance with Metalder, but instead it adds an element to become even stronger: the story of the miner and his family, which provided a good source of tension and stakes. 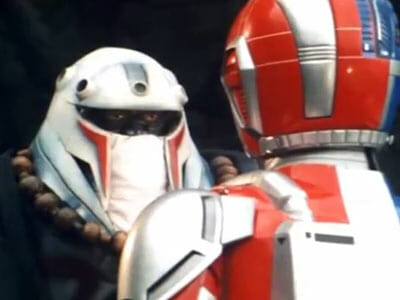 Metalder teams up with Ben K

The only thing I didn’t like was the scene with Metalder using the ninja techniques he learned. Considering he never again uses these outrageous abilities (like making copies of himself), they felt a bit cheap. Also, Neros’ mining plan is never mentioned again, but this is more forgivable since the episode wasn’t really about that. 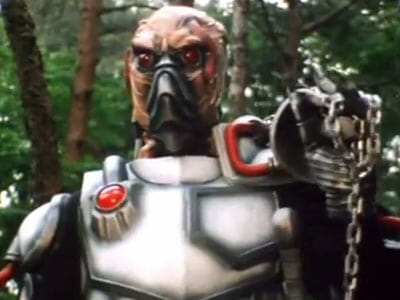 After having a string of morally grey villains in the last few episodes, we break the combo with Hidouman. What an asshole! Just goes to show you that in life, there are good people (Metalder), kinda good/kinda bad people (Ben K), then just plain, irredeemably bad people (Hidouman).