Dr. Koga’s former assistant is kidnapped and Metalder must duel with Barlock, a former athlete with an honor code. 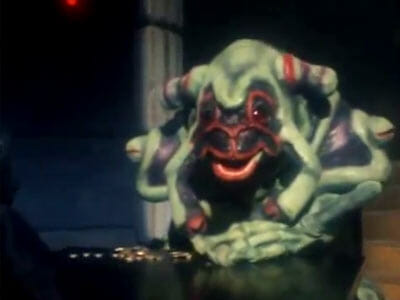 It’s a slow day in the Ghost Bank and several of Neros’ men pass the time by gambling. An argument breaks out between members of the Armored Army and Monster Army; Neros wants a representative of each to fight each other to settle their differences. 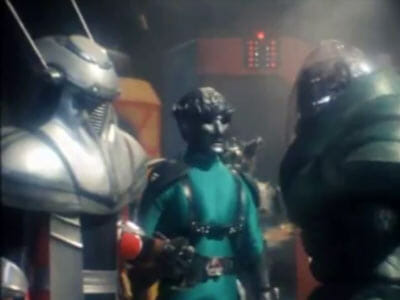 Representing the Monsty Army is the goofy Hedogross, who has the ability to turn into goop, while Barlock, a masked dude with a sickle and chain, represents the Armored Army. Barlock, having his name in the episode title, is of course the winner. 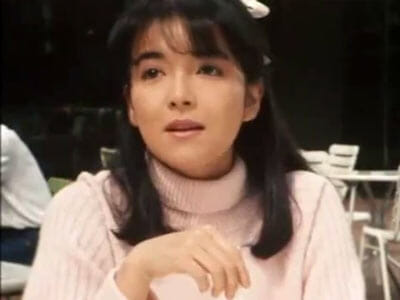 Ryusei meets with Mai, who gives him a copy of a thesis written by his creator, Dr. Koga, as well as the location of Koga’s assistant, Dr. Ooda. Ryusei hits up Ooda hoping to learn more about God Neros, but Ooda’s got nothin’. 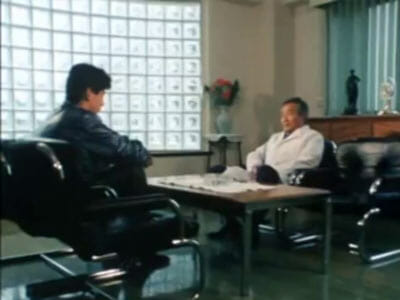 Hedogross shows up and kidnaps Ooda – Ryusei turns into Metalder and fights three of Neros’ men at once. Then Barlock shows up, saying it’s dishonorable to fight Metalder when the odds are stacked against him, and makes a deal: if Metalder shows up in a couple days to fight Barlock one-on-one, Dr. Ooda will be returned safe and sound. 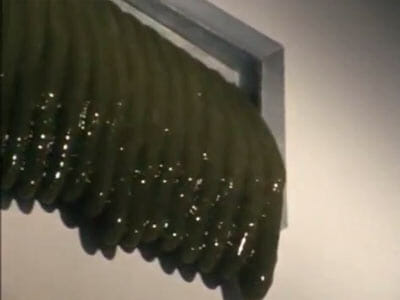 The other Neros goons think Barlock is a traitor for trying to make this deal and start fighting him. He escapes with Metalder and the two camp out for the night. 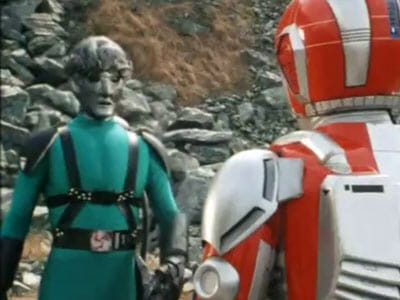 Barlock tells his sob story, that he was once an awesome athlete training for the Olympics until one guy beat him, so he put drugs in the guy’s drink to disqualify him. But the guy was so ashamed at being disqualified that he took his own life. Barlock felt so guilty being indirectly responsible for this guy’s death that he…joined the Neros Empire? Okay. 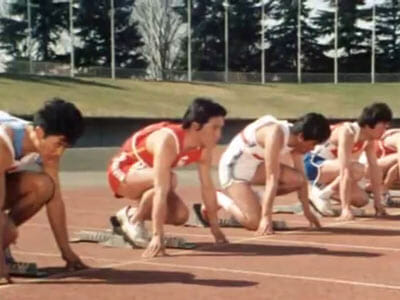 In a couple days, Metalder and Barlock have their one-on-one fight as promised, and Metalder wins. 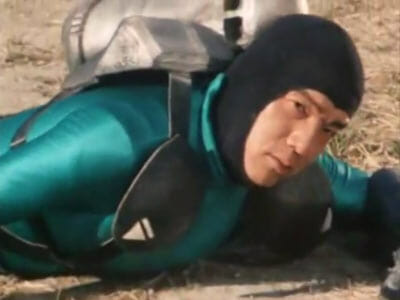 Several of Neros’ men show up to attack Metalder, but Barlock sacrifices his life holding them back to allow Metalder and Dr. Ooda the chance to escape. 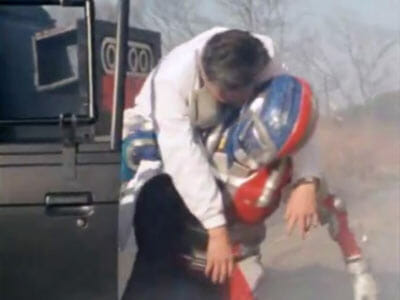 Eh, it was okay. I like bad guys with an honor code but we just had that with Top Gunder, who was way cooler looking than the scrawny, cheap mask-wearing Barlock. Though I did kind of like Barlock’s origin story, as it felt a little grounded in reality (more so than usual, anyway). 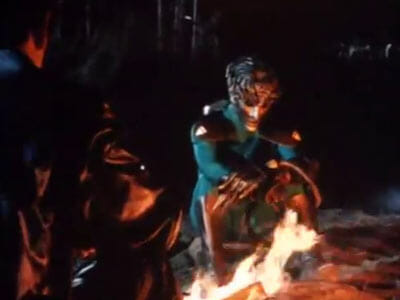 This episode introduces the monster Hedogross, who features in a small arc starting in the next episode. This is also the last time we see those two comic relief guys working for Neros who I complained about at the beginning of the series. I must not have been the only one who thought they sucked!

But overall this episode is skippable. Nothing is accomplished here and the whole Dr. Ooda thread leads nowhere.