Choujinki Metalder was a tokusatsu series that aired in 1988 as part of the Metal Hero series. If that means nothing to you, it’s a live action superhero show with martial arts and robot and monster costumes. The show was reportedly a little too dark for its target audience of children and it was cancelled after 39 episodes.

Footage from Metalder was used to create VR Troopers (Power Rangers’ sister series) in the US. 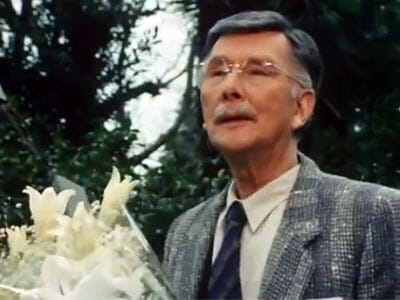 Dr. Koga Ryuuichirou, the world’s leading expert in robotics, returns to Japan to visit the grave of his son Tatsuo, a soldier who died in 1944. But Dr. Koga has bigger fish to fry… 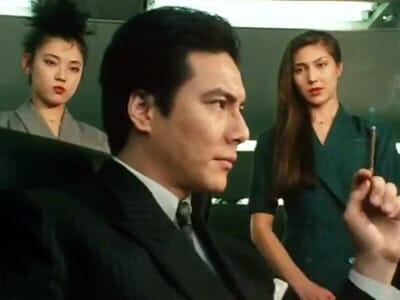 Gozo with his secretaries

At a large corporate building in the city, we meet Kirihara Gozo, CEO of some company, and his two secretaries K and S. We get a sequence showing him gradually transform into an ogre-looking monster, Gozo’s alter ego God Neros. 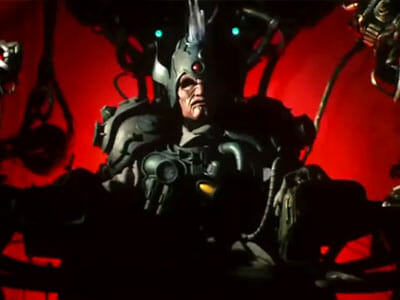 God Neros appears in another realm, the misty Ghost Bank, full of tons and tons of his minions. Some of their names quickly flash on screen, and holy shit, I have to remember them all?! These minions make up the four armies God Neros controls – Armored, Robotic, Monster, and Armament. They’re all pretty self explanatory (the Armament guys are also robots, just covered in gun turrets and missiles). There are some minions in the very back of the room with facepaint and hats. They belong to the Armored Army, but they’re not wearing any armor; they’re probably better suited for the Budget-Ran-Out Army because all the other creatures and robots in this room look really cool. This guy sucks and he knows it

Anyway, God Neros gives a spiel about how he’s been ordering his Armament Army to destroy oil rigs around the world to drive up the price of his oil supply, which will in turn affect the world’s stock market and ultimately lead to war. Neros’ empire would then take advantage of this opportunity to rise to the top and rule the world.

Neros then shows his armies an image of Dr. Koga and identifies him as an enemy that must be destroyed. 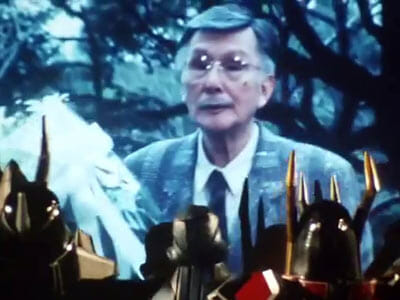 What is this, Mystery Science Theater 3000?

Dr. Koga is attacked by some of God Neros’ army but manages to escape. He limps to a secret cave compound and activates his creation, an android weapon originally created during World War II that went unused. 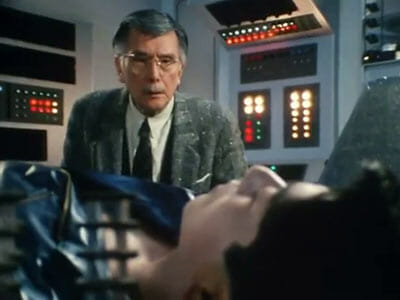 While in his human form, the android goes by the name Ryusei Tsurugi, and his appearance was based on that of Koga’s dead son. When Ryusei becomes sufficiently enraged (like the Hulk) he transforms into a half-blue, half-red robot – his true form, Metalder. 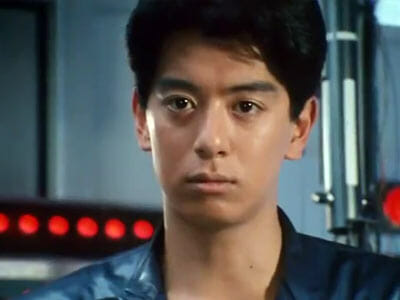 Tons of Neros’ minions start blowing stuff up in the vicinity. Dr. Koga runs outside and purposefully gets himself killed to make Ryusei angry, but it’s not enough to induce a Metalder transformation. 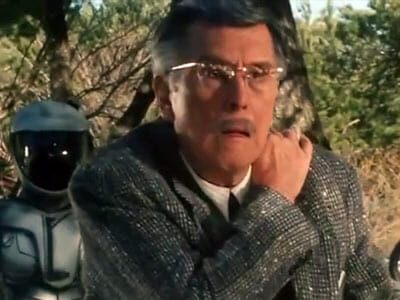 The end of Dr. Koga

Ryusei runs outside to Koga’s body and fights with with several of Neros’ minions, finally transforming into Metalder. Neros’ top dog from the Armored Army, Coolgin, shows up and strikes Metalder with a sword so hard that he falls off a cliff. 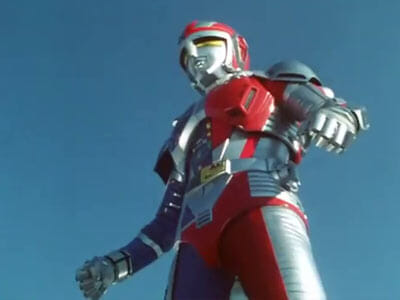 At the end, Coolgin returns to the Ghost Bank to report what happened to God Neros, as Metalder, still alive, walks away towards the setting sun. This was pretty good. It was easy to get into and had a brisk pace, with no wasted scenes. The tone was serious and played completely straight with no comic relief or silly moments. The next episode, by the way, features the introduction of a talking dog character, but don’t worry, he’s a very serious talking dog.

I really like the evil corporate CEO angle for the villain. I think this is the only aspect of Metalder that survived completely intact in VR Troopers. God Neros’ plan to take over the world is well thought out for a show like this. Instead of sending monsters one-at-a-time to attack Japan, this guy is playing the long game, influencing the world economy and manipulating humanity to eventually destroy itself. 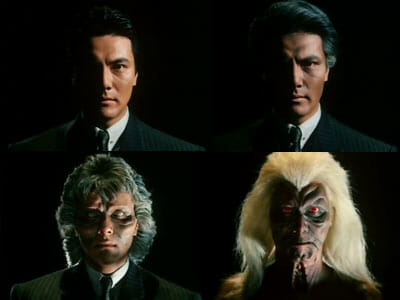 God Neros also has the odds stacked well in his favor, with tons and tons of resources and minions at his disposal. Metalder, on the other hand, is just one guy who has no clue what’s going on. This disparity will certainly make for some tense confrontations between Metalder and Neros’ forces in episodes to come. 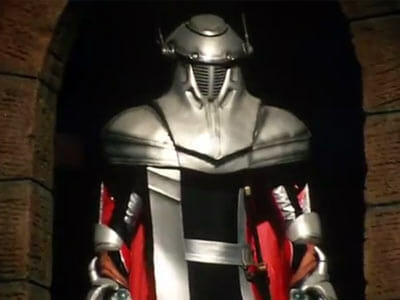 Coolgin, commander of the Armored Army

If you’re curious about the tokusatsu genre, this episode would make for a good introduction, as long as you have an open mind about watching melodrama performed by people in robot and monster costumes.