A girl accidentally enters the Ghost Bank and Metalder has to rescue her. 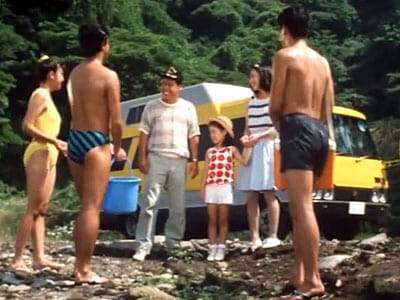 A family joins Ryusei and the others at the campsite

The episode begins with a family joining Ryusei, Mai, and Hakko at a campsite. The family’s little girl, Mariko, wanders off on her own and stumbles on one of the Neros Empire’s warp gates. 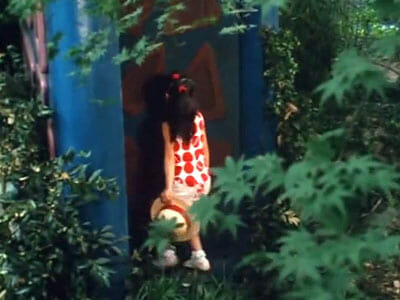 If you remember, back when it was explained earlier in the series, warp gates are just elevators placed in random places (all over the world?) that lead straight to the Ghost Bank. 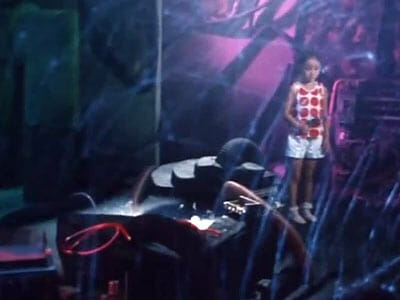 Mariko falls through the warp gate and finds herself in the empty Ghost Ban. She wanders around aimlessly and comes across Rhapsody (the friendly music robot from episode 10); he tries to keep her hidden, but Chuubo and a couple other minions end up finding her regardless. 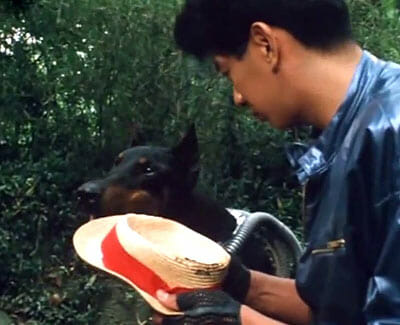 Meanwhile, Ryusei and Springer follow Mariko’s scent down to the warp gate. They enter the Ghost Bank – surprising the crap out of everyone down there – but are vastly outnumbered and overpowered. But then, Top Gunder shows up and helps them all (including Rhapsody and Mariko) escape. 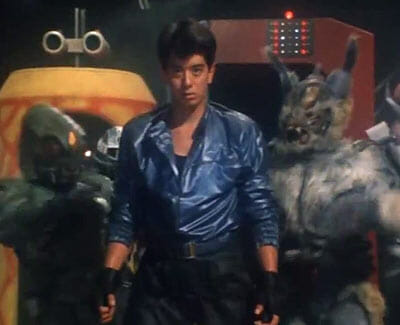 Ryusei in the Ghost Bank

Chuubo challenges Metalder to a one-on-one duel because he feels responsible for everything that’s happened (he’s the one who left the warp gate unattended); they fight, Chuubo loses, and that’s that. 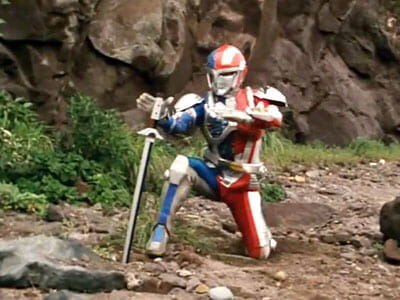 In the last scene, we see Rhapsody is now working at an amusement park playing violin. 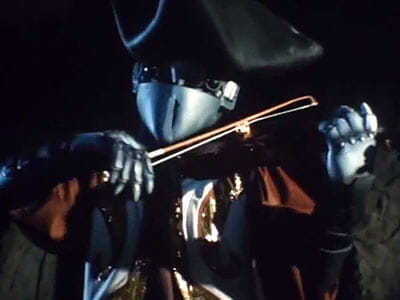 Not my favorite episode because Mariko, while not as annoying as she could have been, was still pretty damn annoying with her constant (but understandable) crying. And nearly the entire first half is just her exploring the vacant Ghost Bank! 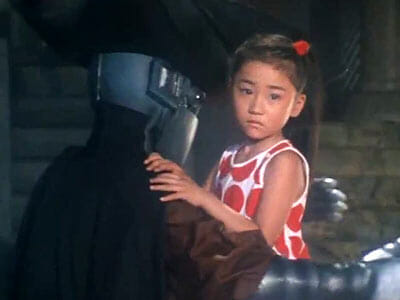 But this episode gets a lot of points for showing Metalder bust into the bad guy’s lair for the first time. Yeah, we saw it in a dream sequence at the beginning of last episode, but that doesn’t count – this was the real deal, here. And the fight scenes were pretty good, particularly Metalder’s duel with Chuubo. 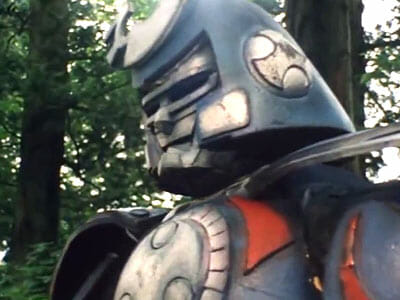 Chuubo of the Armored Army

Yet is it really worth getting through all the Mariko stuff just for that one fight scene? Ehh, probably not.