Taking place between episodes 17 and 18 of Choujinki Metalder, this episode-length film tells a totally self-contained story. 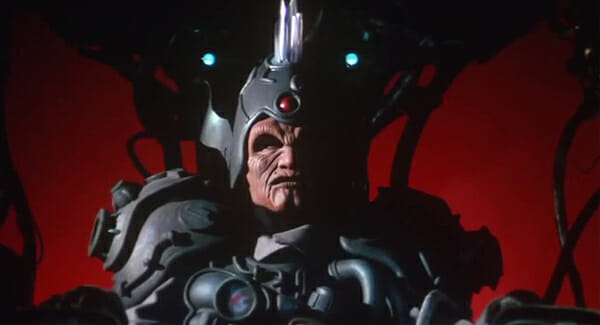 In the Ghost Bank, God Neros summons all the warriors from his four armies and announces that he is ill; whoever destroys Metalder will inherit his empire. 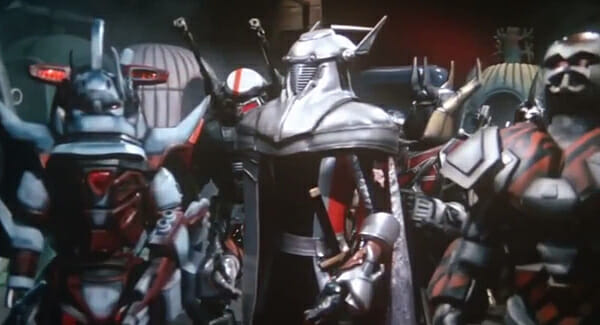 We see all the armies get in a frenzy doing training exercises to sharpen their skills. Barbery and Strobe spot Ryusei swimming in a nearby lake with Mai. 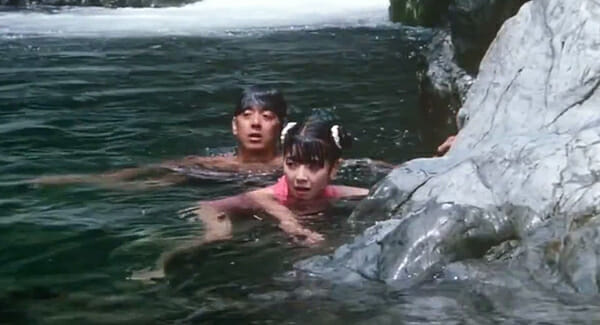 Ryusei and Mai go for a swim

Ryusei transforms into Metalder and finds himself cornered in a quarry by all of Neros’ forces.

He escapes through a cave and reverts back into Ryusei. 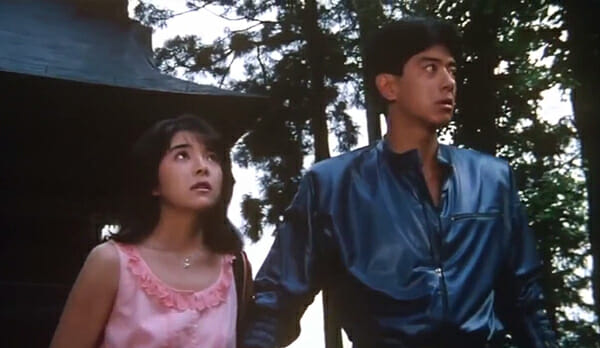 Mai and Ryusei come across a shrine

In an isolated shrine, Ryusei meets back up with Mai; he’s fascinated by a ten-armed Buddha statue and commits its appearance to memory. 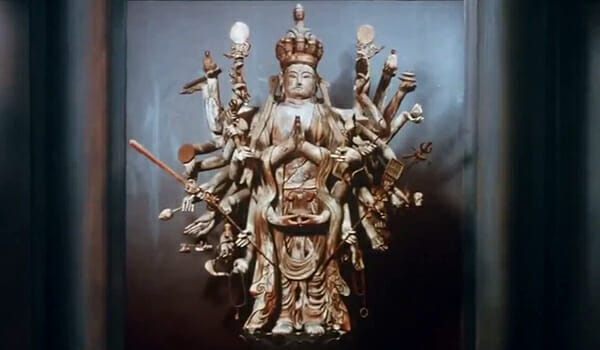 Neros’ forces attack again and Metalder fights the Tag Brothers (Tagsron and Tagsky) atop a cliff, defeating them with a new attack he invented with inspiration from the statue. The film is pretty much an advertisement for the series and uses an incredibly forgettable story to fit in as much action as possible. It takes place between episodes 17 and 18, but really, it could be watched any time after episode 7 (which introduced the Tag Brothers) – but that’s if you want to watch it at all! 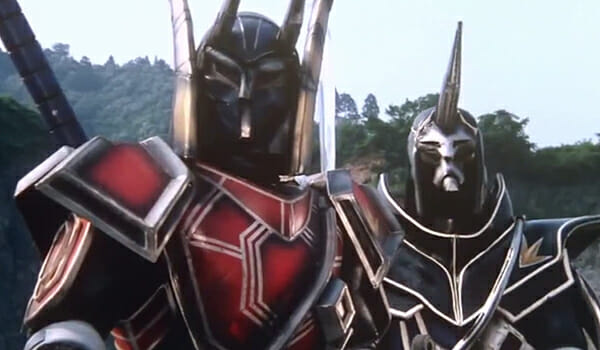 Oh how I hate the Tag Brothers

Nothing in this film matters or carries over to the series, such as Neros’ mysterious illness or Metalder’s new attack. And nearly all the fight scenes are similar to stuff we’ve seen in the show countless times before, though the final fight on the cliff wasn’t bad. 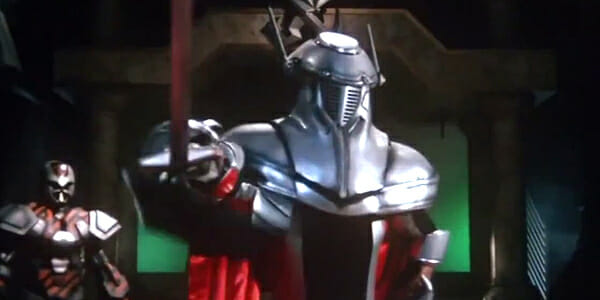 Coolgin poses with his sword

The only thing this film would be good for was if you wanted to sample the show before committing to it, but you might as well start at episode 1 instead.

Don’t bother with this one.