A motorcyclist named Hakko wants to help Metalder fight the Neros Empire but proves to be a liability. 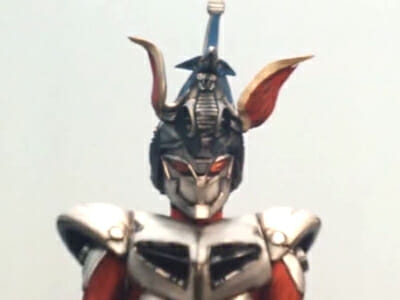 Crosslander (and whatever that is on his head)

In the Ghost Bank, Crosslander has returned from a mission in South America. He’s a member of the Robot Army and an expert marksman; God Neros gives him a promotion to replace the deserter Top Gunder. 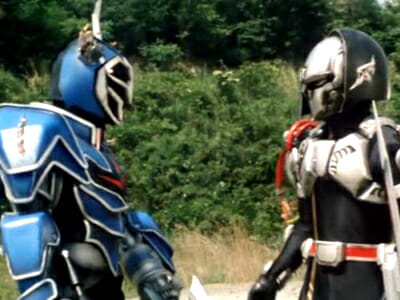 God Neros also presents Crosslander with a gift: a fancy pistol that looks a bit like Luke Skywalker’s. Crosslander heads outside with Goblit and Dedemos to find something to shoot. 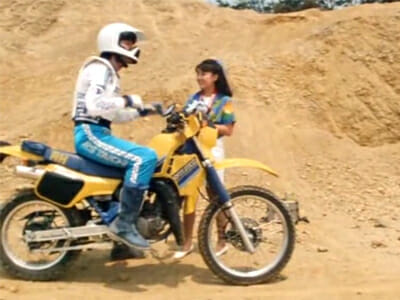 They interrupt one of Mai’s photo sessions – she’s taking photos of a motorcyclist named Hakko Kita, who’s going to be featured on the cover of a magazine. Metalder appears and saves them, then disappears. 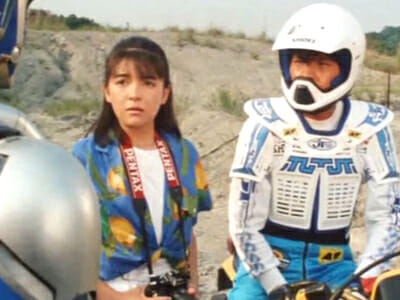 Crosslander and his buddies fan out and search for Metalder, but Hakko (who instantly became Metalder’s #1 fan) finds and attacks them. He plays up his relationship with Metalder and says they’re bros, so Crosslander beats him up and ties him to the side of a hill to act as bait. 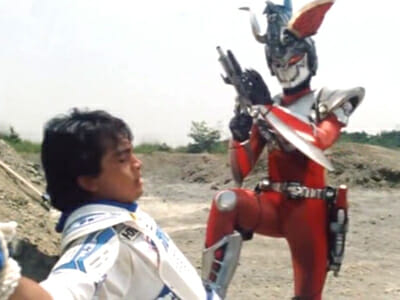 There’s a pretty tense scene as Crosslander plays Russian Roulette with Hakko, but Metalder shows up just in time to free him. 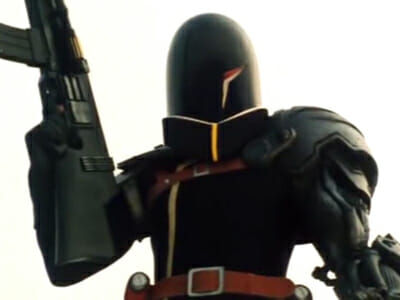 With a little help from Hakko (and Top Gunder!), Metalder defeats Crosslander and knocks off the snake-bird thing on his head. 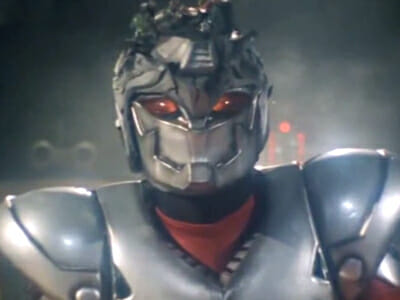 A decent but pivotal episode; Hakko is introduced and Top Gunder (last seen in episode 6) is reintroduced. Both will stick around for the rest of the show as Metalder’s allies, which is great. I’m glad he has allies now – breaks up the monotony of some of the fights and gives him other characters to play off of. 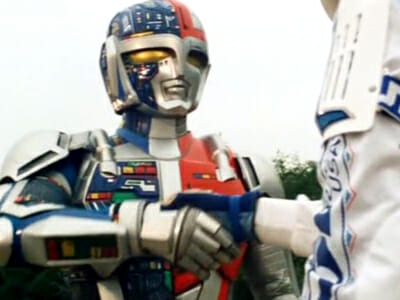 The beginning of a new friendship

Hakko in particular is pretty fun. I like to call him the BMX Bandit after the That Mitchell and Web Look skit (which means Metalder is Angel Summoner). He’s also not too dissimilar to Krillin from Dragon Ball; he wants to help the hero, and sometimes gets a few hits in, but often fails in comic fashion.