Tenko frees a whale not named Willy and acquires a new Starfire Gem. 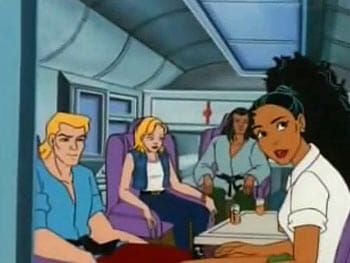 Look, it’s all your favorite characters!

As the episode begins, we see Tenko and the Guardians on an airplane to Hawaii for their next show; among being a licensed magician, Tenko’s also a licensed pilot! 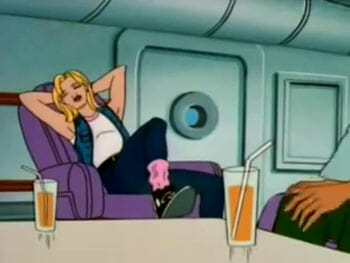 The magic show is going to be at a marine park and include a whale (Kaylu) and dolphin (Delphy). Kaylu, however, is a baby who was separated from his mother; the park’s marine biologist, Joel, tells the manager this whale should not be in captivity, but the heartless manager does not give a shit. 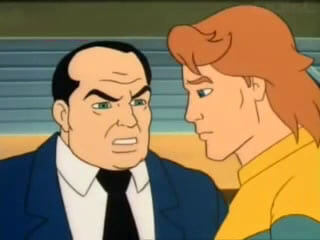 Tenko is sympathetic to Joel and tells the manager she’ll do the show that night for her fans, but will cancel all further appearances unless he frees Kaylu. 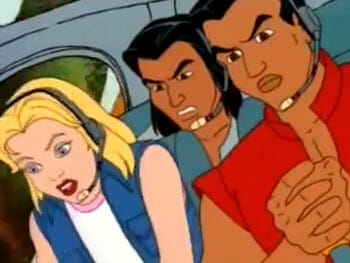 Jana and Jason (Yet Again)

Meanwhile, Ali, Steel, and Hawk fly a helicopter to check out a volcano. They’re attacked by Jana and Jason and the helicopter crashes, but they all make it out okay. 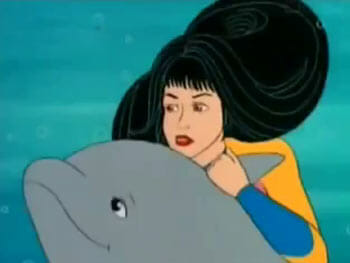 Jana and Jason also crash Tenko’s magic show and attack the Guardians. Delphy guides Tenko underwater to the sapphire Starfire Gem, which gives her: “the ability to breathe underwater and to swim with the speed of a dolphin.” 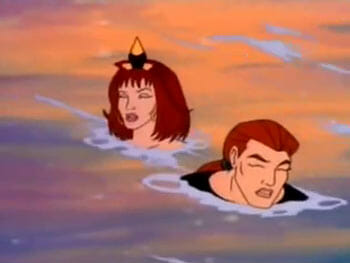 Give it a rest, you two!

Tenko uses her newfound powers and dolphin buddy to stop Jana and Jason and return Kaylu to his pod and mother. 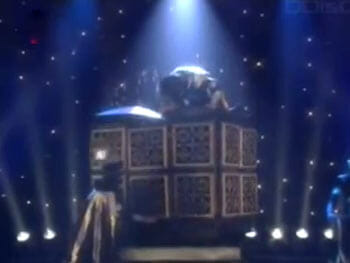 In this episode, we move away from the “magic tricks you can learn at home” back to “Tenko performs something on the stage.” In this trick, Tenko gets in a tank full of water and some guys spin it around. They lower the covers for a second, and once they raise them, Tenko is nowhere to be found – where did she go? She reveals she was one of the guys spinning the tank around! 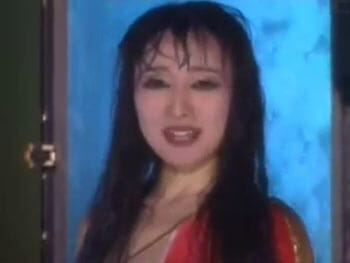 “The magic is within you.”

This would be something more impressive to watch in person because, given all the crossfades, the skeptic in me wonders if they cheated with the power of video editing magic. 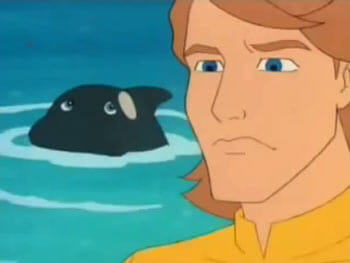 This is kinda-sorta-pretty-much the plot of Free Willy. This episode came out the same year as Free Willy II, so maybe they were trying to ride the whale popularity wave. And was the dolphin included as back-up? Dolphins are always popular, so let’s assume yes. 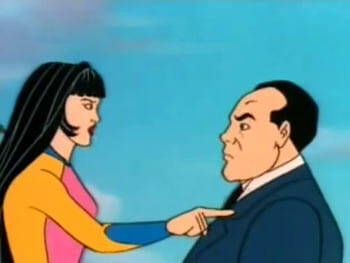 Tenko argues with the asshole manager

But yeah, the episode had a good message about how snatching animals from their mothers to put them in captivity isn’t cool. I was hoping the asshole manager would get his comeuppance by the end, like maybe the dolphin would end up murdering him, but no. Though he did say releasing the Kaylu would ruin him, so I suppose that’s good enough. 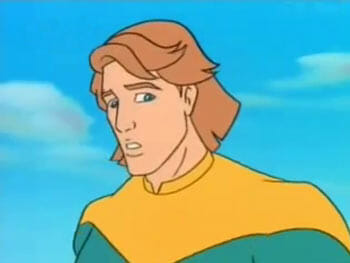 Okay, let’s talk about Joel for a second. Guy’s got his heart in the right place, and he and Tenko seem to hit it off pretty well – will we seem him again? Who knows. I also don’t know what to make of his voice. It’s very good, but doesn’t sound natural at all; it’s better suited for a radio announcer or audio book narrator. 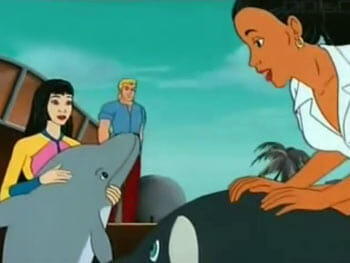 There’s a running gag in this episode where someone calls Delphy or Kaylu a fish (they’re mammals, duh). I thought it was patronizing the first time it happened, but it’s one of those gags that grows on you the more you hear it.