The Guardians’ search for the Starfire Gems takes them to the Tomb of King Hepsut in Egypt. 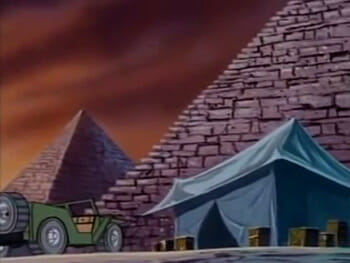 The episode begins in Egypt, where a Professor Doole explores the Tomb of King Hepsut. Doole is Steel’s former teacher (which one is Steel, again?) and he’s looking for Hepsut’s “Star of Destiny” – which is, in actuality, a Starfire Gem. 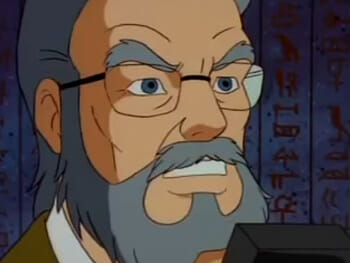 Doole inadvertently triggers a trap and gets buried under a bunch of rocks. 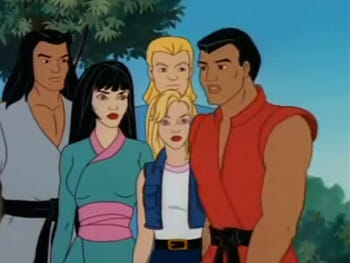 Tenko and the Guardians

Tenko and her Guardians team heads to Egypt to check on Professor Doole, who’s recovering in a hospital. Jana and Jason happen upon Ali, and use the Hypno Shield to get intel on Doole and the Star of Destiny. 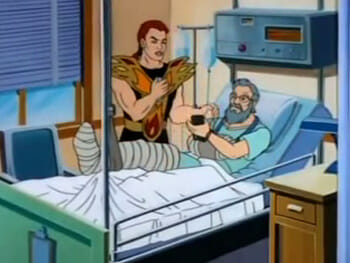 We cut to Doole’s hospital room, where Jana and Jason use the Hypno Shield to command Doole to give them his tape recorder containing notes on the Tomb of Hepsut. 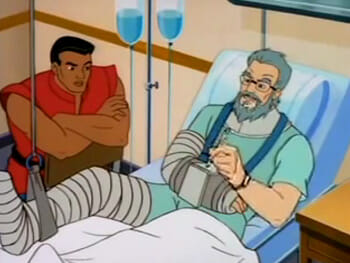 Shortly after Jana and Jason leave the room, Steel meets with the professor. With the tape recorder missing, Doole draws Steel a map of how to get into Hepsut: “If any of my former students can get inside that tomb, it’s you.” 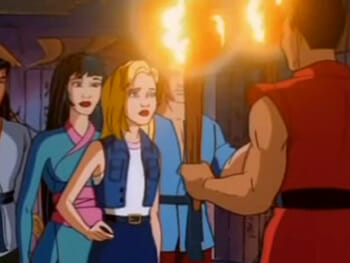 The other Guardians catch up with Steel in the tomb

The rest of the Guardians catch up to Steel in the tomb and act like a bunch of dicks, trying to scare him while he’s doing delicate work. “I risk life and limb to find the King’s tomb, and you’re making jokes.” Steel is understandably nonplussed. 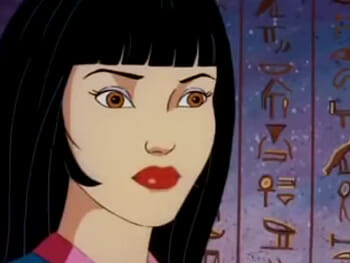 Tenko moves some rocks around

Tenko uses her magic to move the rocks blocking the way in, then passes through the wall to open a door from the other side. I love that before she does this, Bolt says (to the audience): “Don’t try this at home.” Because someone walking through a wall deserves a disclaimer, but someone tied up in chains and standing on a trotting horse (Tenko in the last episode) doesn’t! 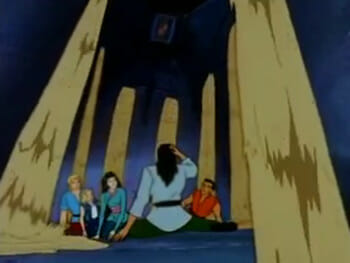 On the other side of the door, Ali sees a switch and pulls it for no reason, channeling Dee Dee “What does this button do?” from Dexter’s Laboratory. A trapdoor in the floor opens up and the group falls into a pit and sand starts flowing in. “We’re being buried alive!” Ali screams. Be quiet, Ali, this is all your fault! 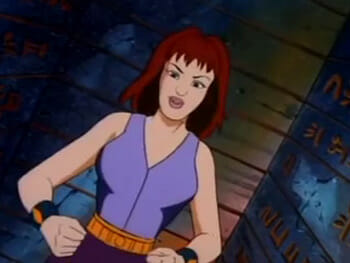 Jana shows up to gloat

Jana and Jason show up to point and laugh at how the Guardians are trapped in the pit, then head deeper into the tomb. They take the Starfire Gem, but doing so “activates” a large number of mummy guards. 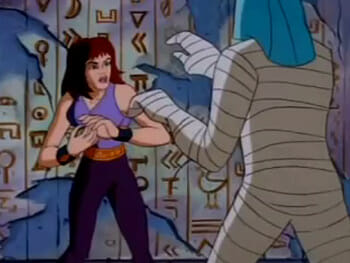 The Guardians transform into their battle modes to escape the pit. They fight through the mummy guards to the exit and catch up to Jana and Jason. Tenko steals the Starfire Gem from them, but Jana gabs Ali and uses her as a hostage, forcing Tenko to stand down. She trades the Gem for Ali, and Jana and Jason escape, victorious. 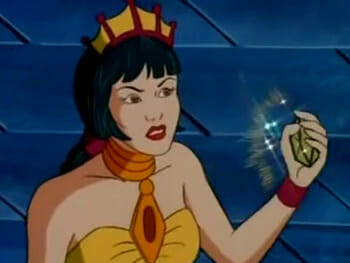 Tenko is forced to give up the Starfire Gem

In the last scene, Jason gazes at the Starfire Gem to see what the future has in store for him, and he sees himself marrying Tenko. Tenko puts a Pharaoh’s mask on an armored dummy covered by a cape, bringing it to life. Then after they dance together, she removes the mask, and it becomes lifeless once again. 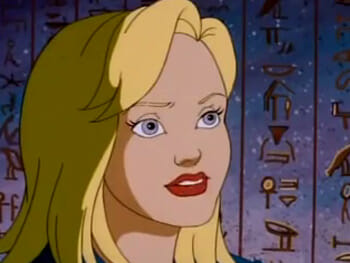 This episode should have been called “Ali Messes Up Everything.” She’s kidnapped twice, hypnotized, and presses the switch in the tomb. Jana’s right, Ali is the Guardians’ weakest link. After this episode, Ali should just take some time off and think about what she could’ve done better. Maybe visit her dad and goldfish from episode 2. 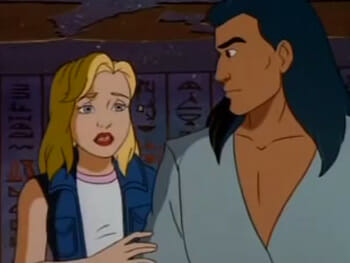 I was pretty surprised at Jana and Jason earning a victory in this episode and adding a Starfire Gem to their collection. This makes things a little more interesting. And the action this episode, mainly the fight against the mummies, wasn’t too bad either. 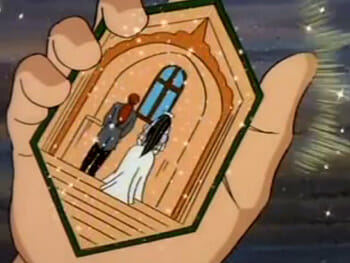 A prophecy from the Starfire Gem

The one thing that dragged this episode down, besides Ali being dumb, was the dialogue. Especially Bolt, who reminds me too much of Wheeler from Captain Planet. 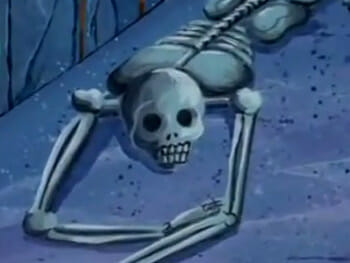 I feel like this every time Bolt says something

There’s a scene of the tomb releasing a flock of birds on the Guardians, and Hawk just absorbs them into his shield. I have a lot of questions about this.