Tenko’s horse Pearl Rider eats a poisoned apple and the only one who can provide an antidote is Hawk’s grandfather. 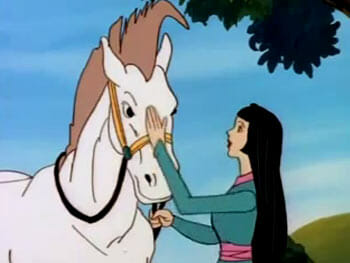 We begin in Tenko’s house, where Tenko turns down a game of racquetball with Ali to ride her horse, Pearl Rider. Nearby, Jana and Jason watch Tenko through binoculars like a couple creepsters. “They say if you want to stop an enemy, you should strike close to the heart,” says Jason. 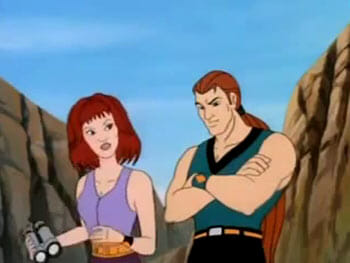 Jana and Jason spy on Tenko

That night, Jana takes a page from Snow White and feeds Pearl Rider a poison apple. The horse falls ill, and the next day Tenko is beside herself not knowing what to do. Maybe, y’know, call a vet? 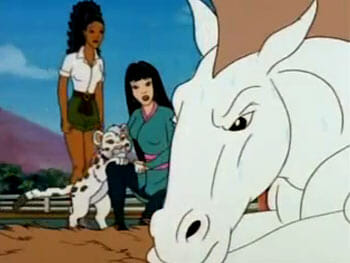 Hawk suggests a visit to his grandfather, Knowing Wolf, the medicine man of his tribe. But as soon as Hawk and Tenko arrive at the reservation, they discover Knowing Wolf has gone missing – kidnapped by Jana and Jason. 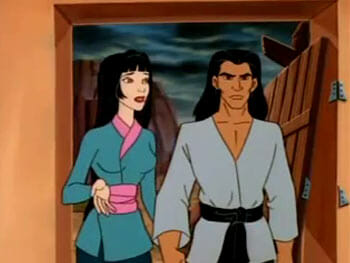 Hawk follows his grandfather’s trail up a mountain, but a rockslide separates him from Tenko and he lands in Jana and Jason’s clutches. The newest addition to their hostage collection. 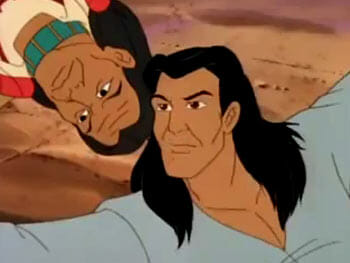 Tenko soon finds them, though, and her energy bird bites Hawk free of his bonds. Knowing Wolf, on the other hand, doesn’t need any help. He breaks himself free by turning into a wolf, then disrupts one of Jana and Jason’s spells, transforming them into a pair of rats. 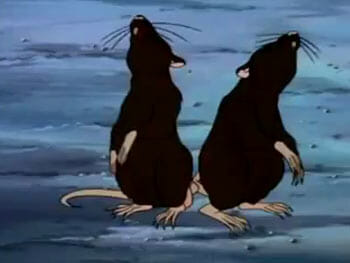 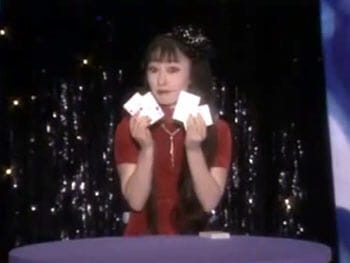 The magic trick Tenko teaches in this episode is how to cheat at cards. Seriously, she tells you to keep a hidden stack of cards with all Aces. 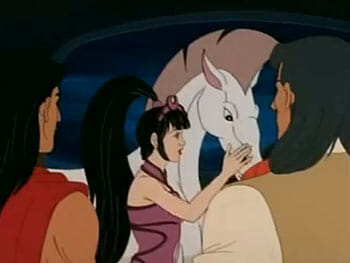 This episode was actually a tiny bit better (but still bad) compared to its predecessors because it focused on only two characters, Tenko and Hawk, instead of the entire cast, and there was less muddled action. However, the biggest flaw was Jana and Jason’s convoluted plan: 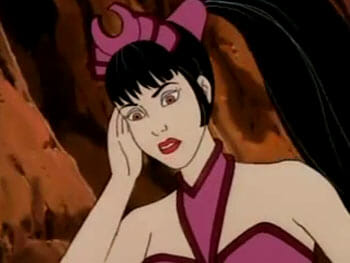 Tenko in “battle mode” (or whatever it’s called)

I’d like to present an alternate, safer plan for Jana and Jason that isn’t contingent on Hawk bringing up his grandfather: 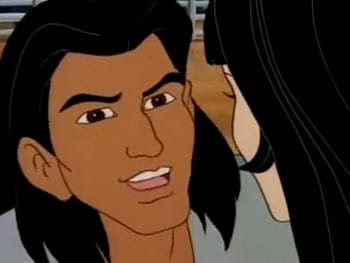 Because if Jana and Jason can spy on Tenko out in the open without getting noticed, they can surely launch a surprise attack and kill all the Guardians. But then the show would end 9 episodes early. 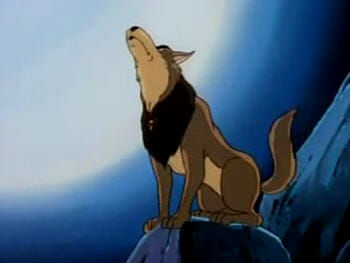 Knowing Wolf was pretty cool. Why can’t he join the Guardians? He’s way more useful than the majority of the team. Someone should have asked if he wanted to become a member. Maybe he’d say no, but then again, maybe he wants to join but is too polite to ask. 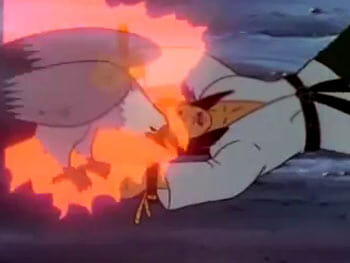 Have I mentioned that Tenko’s energy eagle makes the same noise as the pterodactyls in X-Men‘s Savage Land episodes? I’d rather watch X-Men. Even the Morlock Christmas episode.