Tenko and the Guardians of the Magic was produced by Saban Entertainment (of Power Rangers fame) and aired in 1995, lasting a single, 13 episode season. The show was based on Princess Tenko, a famous stage magician, who appears in a live action segment at the end of every episode to demonstrate a magic trick.

The episode begins with Tenko performing a magic trick for an audience. She’s strapped to a rocket, then covered in fireworks; the rocket goes up and all the fireworks go off, but a magic box on stage opens and Tenko steps out. 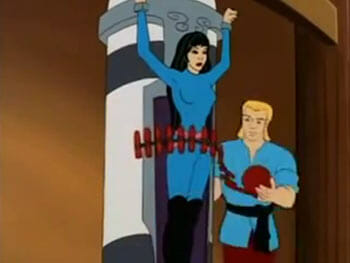 I’d like to take a moment to talk about this box because it’s important to the plot. It’s called the Tenko Box, and the opening on the front looks…like a vagina. There, I said it! I don’t want to be lewd or anything, but that’s exactly what it looks like. Now back to the show. 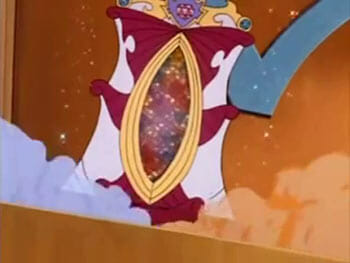 In a house somewhere, Tenko hangs out with her mentor, Hikita, who tells her how great she is and that her training is almost complete. She picks up an old framed photo of herself and we get a flashback showing how the two of them first met… 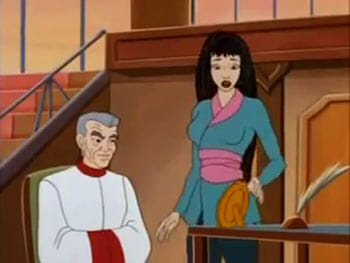 At some magic show, we see an act involving a tiger go awry and start a fire. The audience evacuates, but a little girl gets separated from her mother. The tiger heads for the girl, but Tenko shows up to save her, then reunites her with her mother outside. 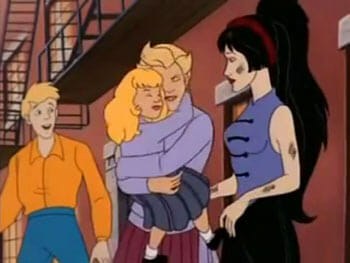 Tenko saves a girl from a tiger

Tenko runs back inside the burning building for no reason and finds Hikita using a spell to suck all the fire into a gem. He says he saw her selfless act of saving the little girl and it was really cool and that she should be his magic student.

Hikita teleports himself and Tenko to his house, where she meets his other students: Jason and Jana (twin siblings) plus Hawk, Steel, and Bolt. We get a training montage then cut to when Tenko’s gotten so good that Hikita shows her the Tenko Box. Inside the vaginal opening are the Starfire Gems – each has a different power, as Hikita demonstrates by using one to make a ghost firebird. 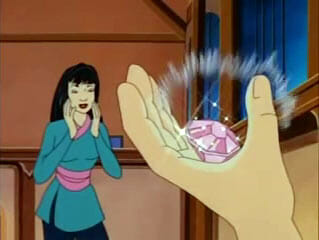 I think the flashback is over now but it’s unclear. Hikita tells Tenko that she is his prized student, and that in time, she will take his place as guardian of the Starfire Gems. Jason and Jana, who watched this entire exchange, reveal themselves. Their grandfather was the guardian before Hikita and they (especially Jana) believe that becoming the next guardian is their birthright. 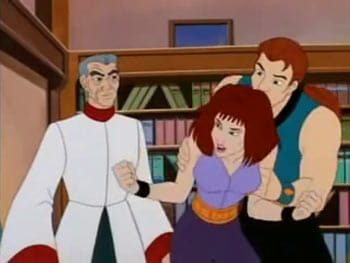 That night, as Hikita sleeps, Jana and Jason sneak downstairs to the Tenko Box and steal a couple Starfire Gems: Amber for Jana, Ruby for Jason.

Hikita senses a disturbance in the Force and teleports to the Box. He tries to fight the twins but gets overpowered, and to prevent Jana from obtaining the remaining Starfire Gems, scatters them across time and space. 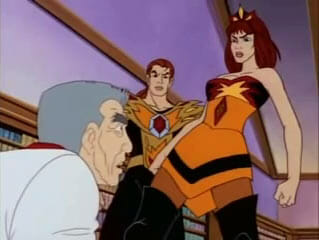 Hikita loses his fight with the twins

Tenko shows up and Hikita gives her a Starfire Gem he hid in his shirt sleeve, the Topaz Gem; we get a Sailor Moon-esque transformation scene as Tenko calls upon the gem’s power, and her clothes become fancy schmancy. She fights the twins, who combine their stones to briefly become a two-headed dragon, but they get in an argument and leave to find the other gems. 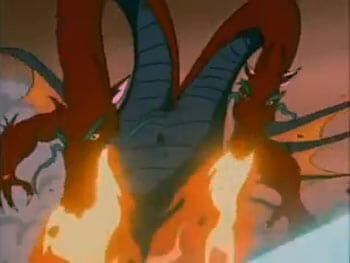 Getting some Dragon Tales flashbacks here

Hawk, Steel, and Bolt show up and Hikita gives them some more gems he hid in his sleeve (it’s a really big sleeve): Turquoise, Quartz, and Garnet. These three guys and Tenko are now known as “Tenko and the Guardians of the Magic.” Hikita then steps inside the Tenko Box and pretty much dies. 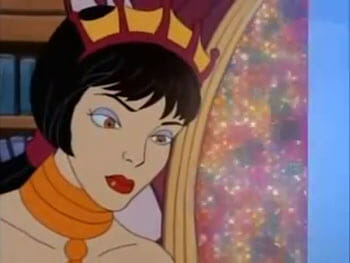 Later, Bolt and the others bring Hikita a pet snow leopard named Ninjara to cheer her up. 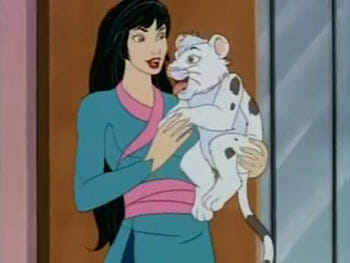 At the end of every episode, we get a live action scene showing the real life Tenko demonstrating a magic trick. It begins with a voiceover disclaimer: “Remember kids, I’ve trained many years to perform this magical trick. Please do not try this at home.” She gets in a box and some saws gets shoved in and the middle section slides off. The added “audience gasp” sound effects are both charming and cheesy. 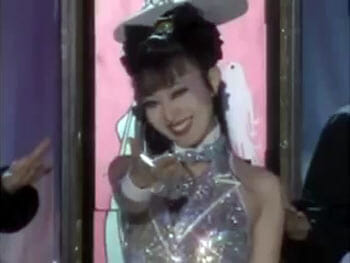 I actually remember catching a few episodes of Tenko when it aired. Its Asian female lead (which is something still rare today in American cartoons) and the live action segment at the end helped make the show unique. I’d even go as far as to say it felt cool to watch this show because of this uniqueness.

It’s no wonder Tenko only lasted 13 episodes, though. It was incredibly obscure and I feel like I was the only person who had even heard of this show. Years later, when I thought back on this show, there were times that I doubted its existence. Did I dream it all? I’m relieved to know I didn’t, but watching it now, maybe it should have stayed a dream. 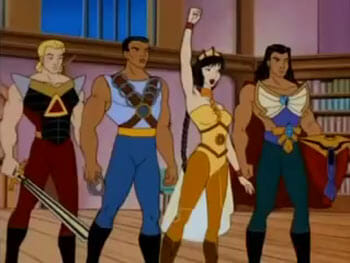 It was a typical action/toy commercial show that was so prevalent in the 80s and 90s, especially the mid-90s, where there were a lot of “one season wonder” action shows (most likely trying to copy the success of X-Men the Animated Series).

One thing I totally missed when I first watched this show was the fact that it was aimed for girls. It’s not exactly obvious, considering most of the cast was male, but looking at the toyline confirms this fact.

The story was pretty plain, and the characters were incredibly bland, especially Bolt and the other two guys. The only character vaguely interesting was Jason. He wasn’t particularly villainous and actually seemed to be attracted to Tenko, but had to go along with his twin sister Jana and join the “bad” side .