A teenage girl finds herself in possession of one of the Starfire Gems and Jana will do whatever it takes to get it. 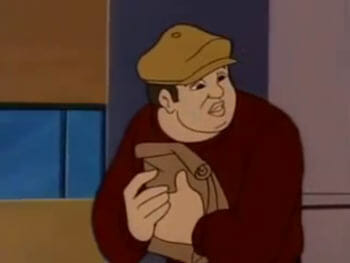 This guy sure looks shifty

We begin in the city, where a shifty guy walks around carrying a paper bag with the Opal Starfire Gem inside. No clue where he got it from, but it’s obvious from his demeanor that he stole it from somewhere. 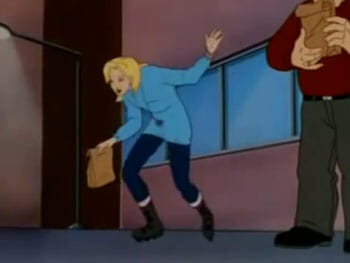 Ali and the shifty mix up their bags

Nearby, a super rad rollerskating girl named Ali swings through pedestrians and steals one guy’s sack of apples. She collides with the shifty guy and in true sitcom-plot fashion, their identical bags are swapped. 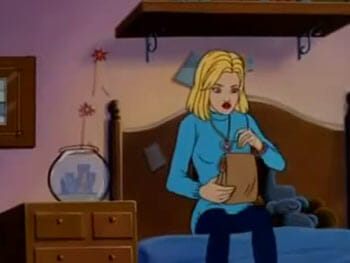 Ali heads home and complains about life. When she gets the idea to feed an apple to pet goldfish (really), she finds the Opal Gem inside the paper sack. This gem has the power to bring inanimate objects to life and she accidentally zaps the tv, bringing it to life for a couple seconds before it smashes into the wall and breaks.

Ali’s dad comes in and complains about the broken tv and they have an argument that ends with her running away from home. 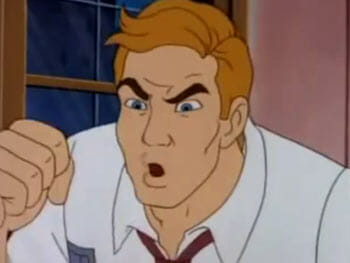 Ali gets in an argument with her father

Meanwhile, Jana and Jason head to the shifty guy’s apartment – Jana is furious when he doesn’t have the Gem, but she is able to sense its activation. Elsewhere, we see that Tenko also senses the Gem; both groups, heroes and villains alike, converge on Ali’s location. 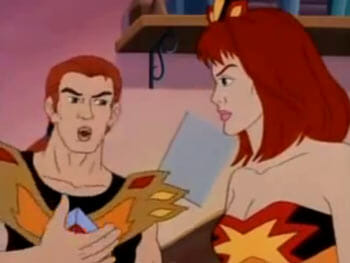 Tenko and her group fight Jana and Jason, who unite their gems to turn into the two-headed dragon again. During this commotion, Ali hides her gem outside in the ice, then runs to the subway. Jana and Jason split up and follow her. 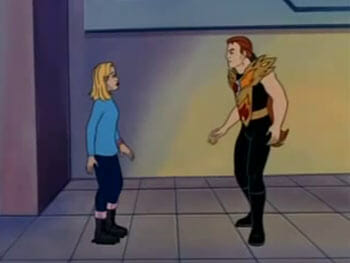 Jason tries to win Ali over to his side

Jason finds Ali first and sweet talks her into giving him the gem, saying that he and Jana will be her new family. Sucker. 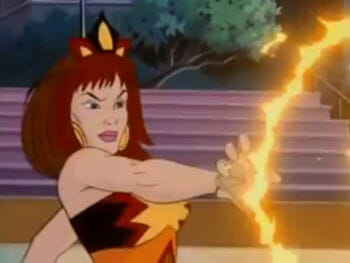 Jana uses the Opal Gem to bring ice sculptures to life, but they’re destroyed by the Guardians fairly easily. Then Steel knocks the Gem out of Jana’s hand, which Ali catches and throws to Tenko; defeated, Jana and Jason escape. 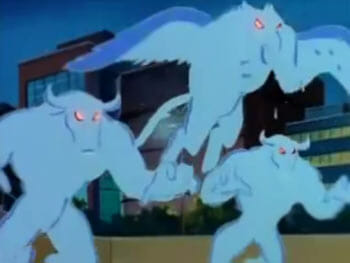 In the closing scene, Ali reunites with her dad, who tells her she can stay with Tenko to learn magic…even though he’s only known Tenko for a total of ten minutes. 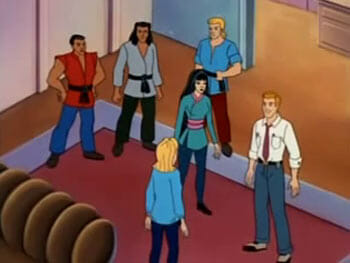 Ali joins the Guardians of the Magic

This episode has two magic tricks, but they’re more like bar tricks. In the first one, Tenko teaches some kids to fold a dollar bill like an accordion to support the weight of a salt shaker between two glasses. 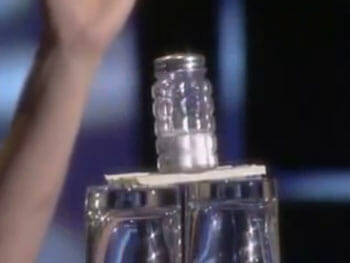 The second trick involves drawing an arrow and placing it behind a drinking glass; when the glass is filled with water, the arrow changes directions! 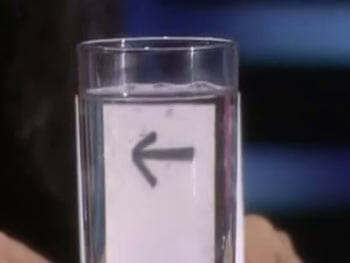 Live action Tenko’s voice is dubbed by animated Tenko’s actress, and I am 95% sure the kids in these segments had their voices dubbed over as well. 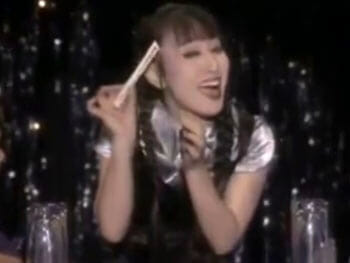 Like the first episode, this was boring with badly choreographed fight scenes. All the hero characters are interchangeable and I hate them. At least Ali was slightly more interesting, even if she was a bit of a stereotypical ’90s teenager. But I can’t get over the fact that she wanted to feed her goldfish an apple. 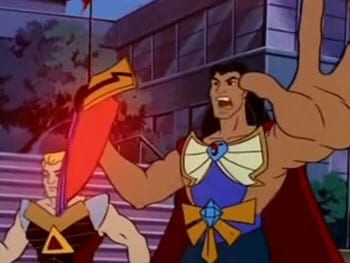 These guys have zero characterization

Fun fact: This episode was written by Marv Wolfman, who’s written a lot of neat stuff (just not this episode)!