Jana asks Tenko and the Guardians for help when Jason’s injured by a Starfire Gem, then betrays them the first chance she gets. 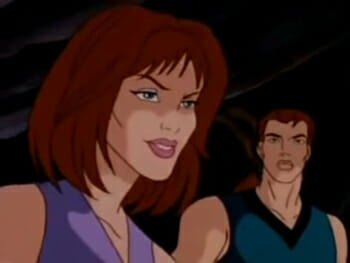 Jana and Jason explore a cave

While checking out a cave in Yucatán, Jana and Jason find the Amethyst Starfire Gem lodged in the rock wall. When Jason tries to yank it out, the Gem’s unstable magic zaps him and he falls into a coma. Jason is injured by the Gem

Jana takes Jason over to Tenko’s place and they call a truce so he can get nursed back to health. Tenko shoves Jason in the Tenko Box so the restorative powers of the Gems can heal him. 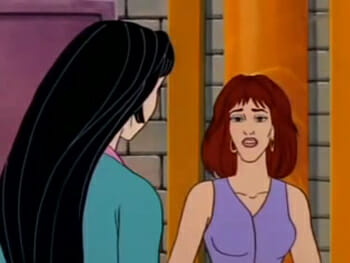 Jana comes to Tenko for help

Tenko and the other Guardians check out the Amethyst Gem, but Ali accidentally bumps into it and magical energy knocks everyone on the floor. 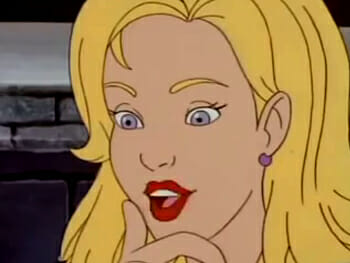 Ali messes everything up again

Jana comes in all “haha, the truce is over, chumps!” and uses the now stable Amethyst Gem to summon armored monster warriors to do her bidding. With their Gems on the Tenko Box, Tenko and the Guardians are easily subdued and taken to a dungeon. 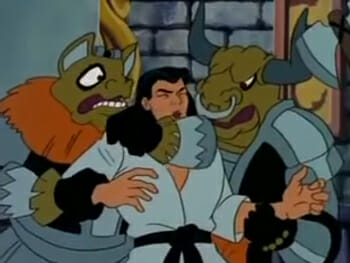 With help from their tiger (Ninjara) and monkey (Kiddles), the gang escapes. Tenko goes into the Box to check on Jason and hes a-okay. Actually, he’s more than that: he’s at peace and starting to doubt his and his sister’s lust for power. Hikita’s spirit appears to tell Tenko, “all things have the proper time and place,” but what he really means is “get out of my damn box.” 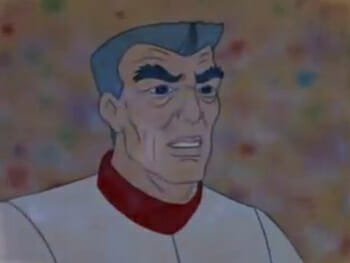 Tenko and Jason find the Guardians battling with Jana over control of the Starfire Gems. Jason’s newfound rationality dissipates, and he and Jana use their Wonder Twin powers to turn into that two-headed dragon they’re fond of being. 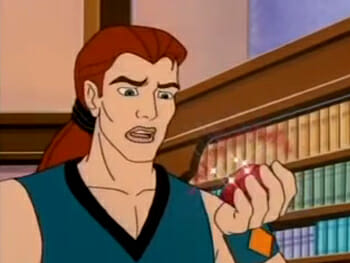 They try to steal the Box, but Bolt makes them drop it and they fly away. Not sure who got to keep the Amethyst Gem in the end, but probably Tenko. 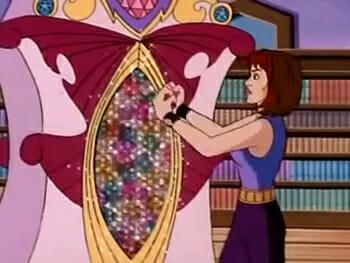 Jana gets her Gems out of the Starfire Box

Tenko teaches us how to tie a knot without moving your hands: the trick is to start with your arms crossed, so when you uncross them, you make the knot. 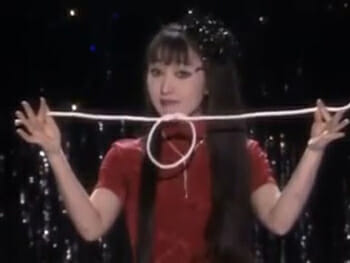 Doing some crap with pepper and soap and water. 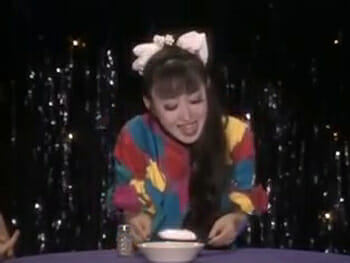 Like last episode, everyone acts really dumb in this one. Jana is outnumbered eight to one (yes, I’m including the tiger and monkey), yet she still nearly defeated all the Guardians. Ali is once again a weak link for knocking over the Amethyst and discharging its energy. 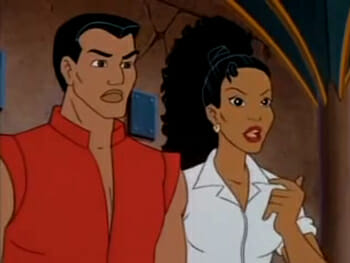 I’m disappointed in you two

And Steel and Shonti were even worse: they were supposed to keep an eye on Jana to make sure she didn’t do anything funny, but instead decided to leave her alone to chase after the tiger and monkey. “Don’t worry, nothing will come between me and my duty as a Guardian” – Yeah right, Steel. 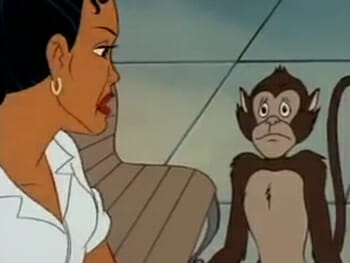 Is this our first time seeing the monkey? This has to have been the only cartoon monkey in the ’90s NOT voiced by Frank Welker. 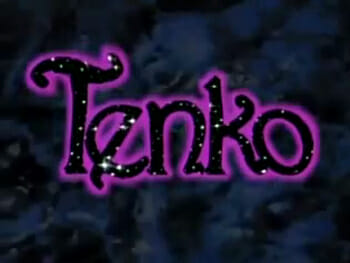 This scene transition showed up way too much

Both magic tricks were boring this episode. I’m not sure which is better: super awesome tricks you’d see on stage but can’t replicate, or stuff you can do at home that isn’t even half as impressive.