A pair of vigilantes use a special enzyme to kill Tek users. 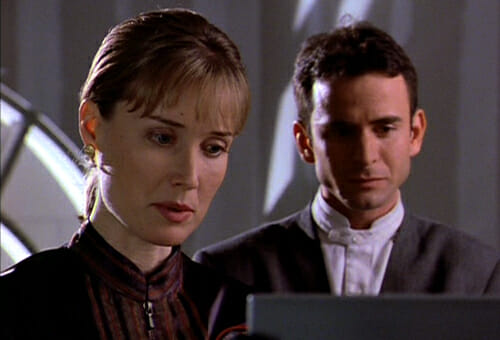 A vigilante brother and sister (Peter and Rachel) team are on an anti-Tek crusade. By using an enzyme they’ve concocted, they can kill anyone who has ever used Tek. 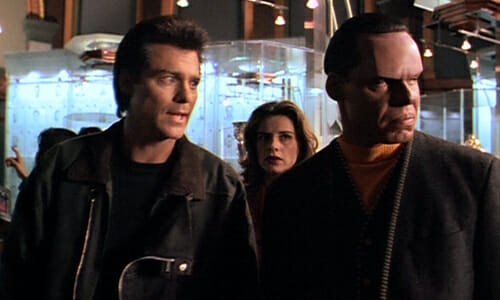 Jake and co. on the lookout for siblings

Jake tries to draw Peter and Rachel out in the open by using a former Tek user turned hockey player as a decoy. 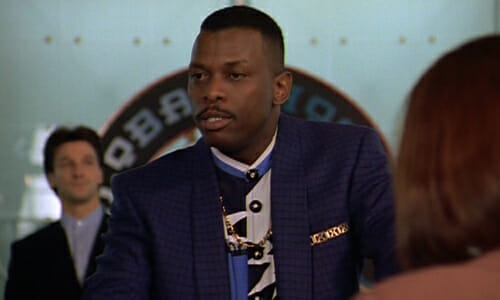 Rachel goes in for the kill, but due to Lt. Winger’s interference, Sam is accidentally struck by the enzyme-carrying dart. She appears to die, but it’s all a ruse for Jake to get sympathy from the siblings to infiltrate their group. 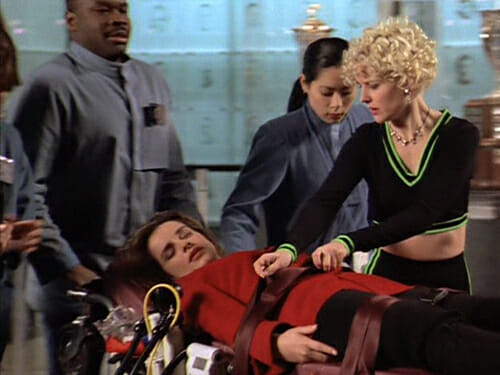 Peter and Rachel unveil their grand plan of introducing their enzyme into the city’s water supply to maximize the number of Tek user deaths. Jake tries to thwart their scheme and gets in a shootout; Rachel falls over a ledge to her death but Peter escapes. 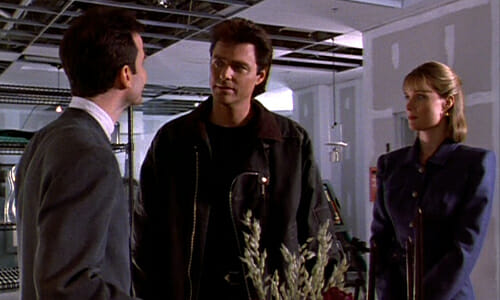 Jake meets with the elusive siblings

With Nika’s help, Jake determines the exact location Peter’s going to dump the enzyme and goes over to confront him. We learn Peter was exposed to Tek at one point in his life (he was curious), so he wears an immunity chip to protect him from the enzyme’s effects. 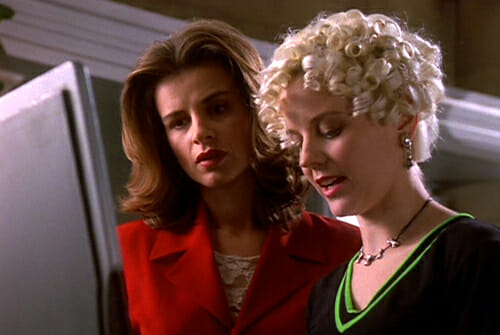 Jake and Peter’s fight over the enzyme canister causes it to rupture. Peter’s chip falls off – when exposed to the enzyme, he gets an incesty hallucination of his sister then dies. Jake starts hallucinating as well and sees Sam’s death, but he grabs the immunity chip at the last second, saving his life. 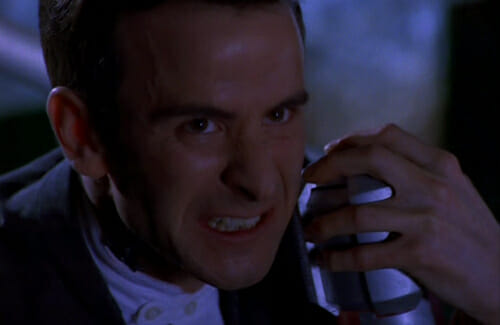 Another action packed episode, with a memorable villain in the form of Peter. The actor (also named Peter) did a great job playing a damaged guy who was half pathetic, half dangerous; suitably creepy, in a Norman Bates kind of way without overdoing it. 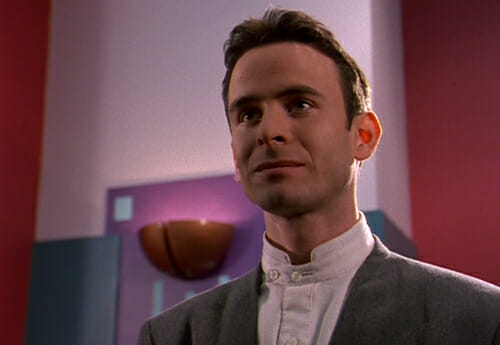 We got to see plenty of locations, notably a grand convention center-looking place for the hockey guy scene, which gave the illusion of a higher-than-usual budget. There were plenty of ruses and trickery in the episode, but nothing too hard to follow or frustrating (unlike an episode of Andromeda, for instance).