Jake investigates a brothel’s sophisticated VR prostitute. Is she more than just a program? 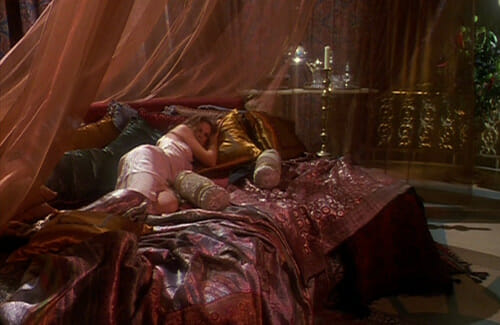 Jake’s senator friend has become obsessed with a virtual reality prostitute program named Carlotta. She just seems too real to be a program, and he wants Jake to find out more about her. 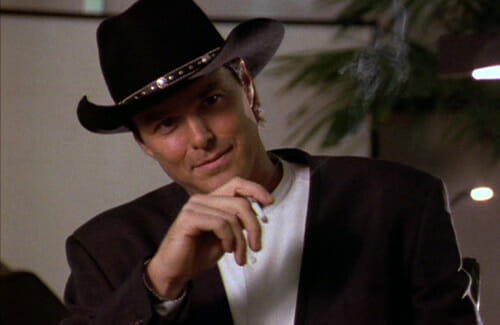 Jake enters the brothel disguised as J.R. Ewing, and uses his charm to finagle a meeting with Carlotta. He asks her if she’s a real person who’s been kidnapped and forced into the biz, but she doesn’t say anything. 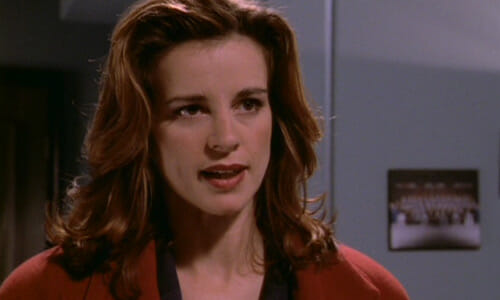 There’s a subplot with Sam Houston disobeying orders by helping Jake in his investigation. She gets in an argument with her boss and does the whole “I quit!” thing, slamming her badge on his desk. This is so she can join Cosmos full time and the writers don’t have to keep making excuses for her to show up every episode. 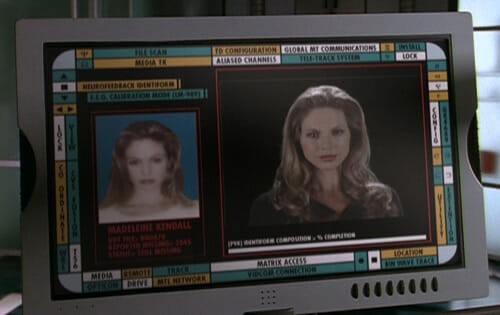 Nika scans Jake mind and pieces together an image of Carlotta from his memories, then runs that image through a search engine. They get a match and find her real name is Madeleine Kendall. 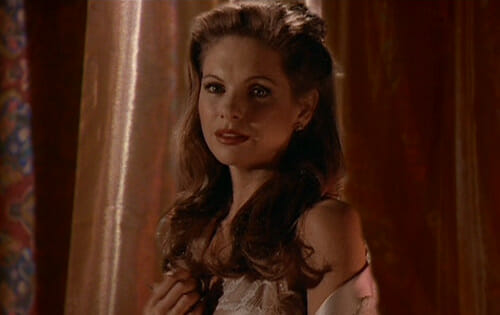 Jake tries to get Carlotta to remember who she is

Jake meets with “Carlotta” and keeps pushing her to remember her real identity. Some of her memories flood out and Jake sees them in the VR simulation. With these new clues, he’s able to find more information about her: a couple years ago, Madeleine was in a horrible car crash and taken to a hospital, then declared dead. 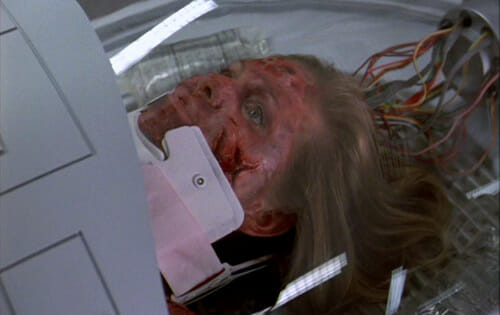 But she wasn’t dead. The brothel kidnapped her and hooked her mind up to the VR system, then imprinted the Carlotta personality to make big money. Jake finds her comatose body in a secret room in the brothel, but when he gets in a shootout with some goons, Madeleine’s life support unit is damaged and she dies. 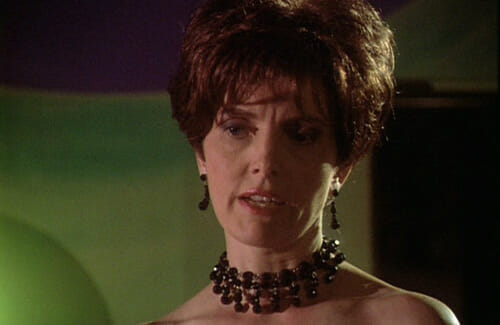 The episode wasn’t bad and it touched on some decent sci-fi concepts. Though because prostitution is legal in the TekWar universe, I don’t really get what made Carlotta more special than an actual human being. Maybe the brothel wanted to eventually replace all the prostitutes with people like Carlotta to save money? 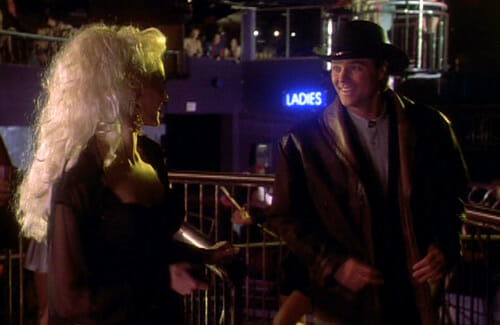 I really love the super synthy music that plays in the brothel scenes (it gets reused in a couple future episodes). It’s fantastic, and I know it will never happen, but it would be great if the TekWar score got a release – if only for that track…so I can listen to it on loop every hour of every day.