Someone has stolen the android Lt. Winger’s Cortical Relay Unit, and without it, he only has a limited time before he ceases functioning. 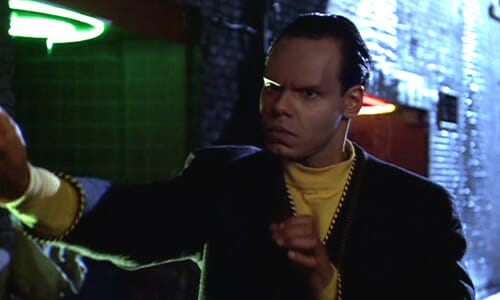 While walking through a darkened alley at night, the android Lt. Winger is attacked by an unknown assailant, and his Cortical Relay Unit is removed from his brain. Without this special chip, Winger will gradually deteriorate, become violent, then die. 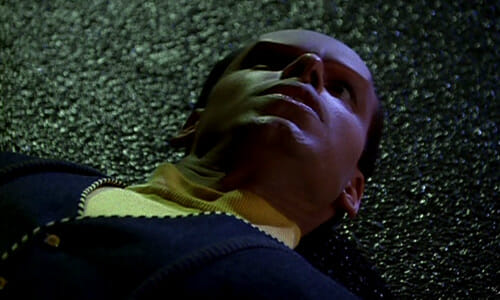 What’s worse, the political climate has become anti-synth/android as of late due to a synth being responsible for the assassination of a pro-human senator. No more synths, or replacement parts, are being produced, so it’s not like Winger can go to Best Buy and get another chip. 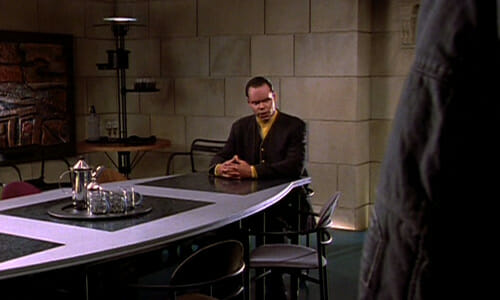 Winger shows up at Cosmos as a client

Winger visits Cosmos and hires Jake Cardigan to help him recover the chip. The two, of course, don’t like the fact that they have to work together, but they manage to put aside their differences for the sake of the case (and Winger’s life). 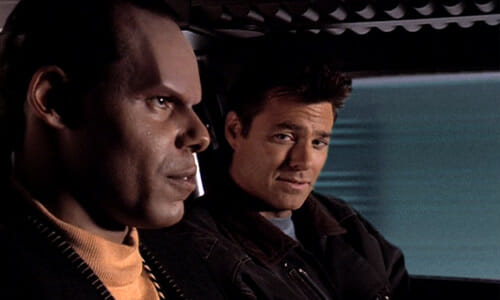 Jake and Winger try a couple leads but aren’t able to make progress; they head over to a bar in “Andy Town,” the number one hangout for androids. Lt. Sam Houston shows up with orders to apprehend Winger before he becomes a threat to human lives, but he resists arrest and escapes with help from the synth bartender. 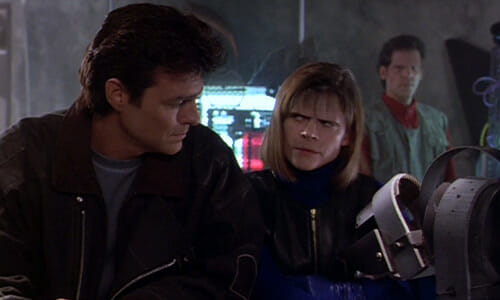 Jake chats with the synth bartender for leads

Winger gets a tip that the man who stole his chip is a factory manager known for exploiting synths for cheap labor. Winger sets up a meeting with this man with the intention of killing him. 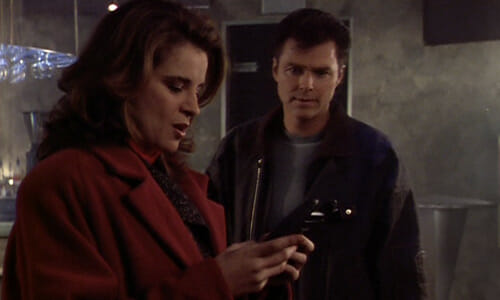 Sam is now in the opening credits

But Jake and Sam show up just in time to stop him. It turns out the real culprit was an asshole, pro-human reporter who wanted to get video footage of Winger killing a human. We also learn that this asshole is responsible for murdering the pro-human senator, with help from an android accomplice. 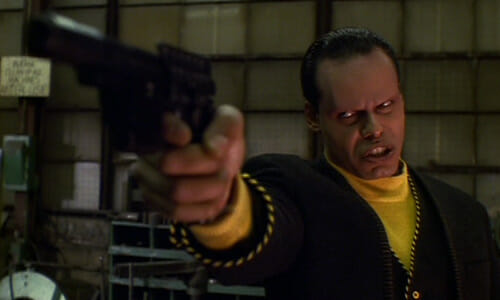 Don’t do it, Winger!

Winger knocks out the reporter and destroys the android accomplice, taking his Cortical Relay Unit to replace the stolen one. With the truth about the senator’s death revealed, anti-android sentiment dies down and everything returns to normal. 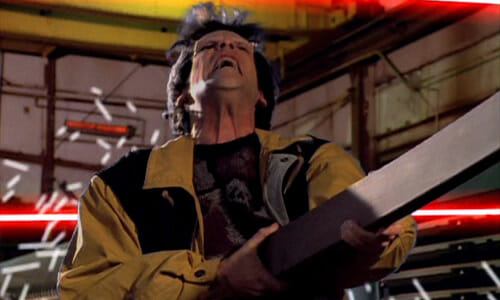 Yet another person is electrocuted to death in this show

This episode gave us a neat little window into the lives of synths, who haven’t been explored in the series until now. It feels out of place, though, considering, not only are we hearing about this human vs. android conflict now, but the whole issue is more or less resolved in a single episode. We could have gotten more out of this storyline, which had so much potential, it probably could have provided enough material for a show of its own. Spin-off, anyone? 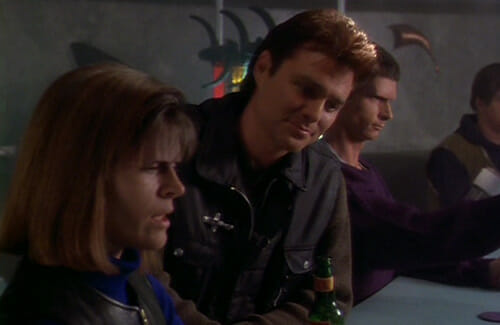 All is well again

It bugs me that the synth actors’ prosthetic heads, with the flat, sloped foreheads makes them look like neanderthals. We’ve seen androids in the TekWar movies that look exactly human (like Android Beth in the first Tek film), but I imagine the in-universe explanation is so synths can be easily identified. They should have looked more like Kryten in Red Dwarf.