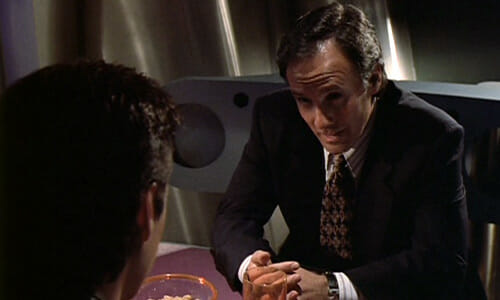 There’s a new organization in town, the Tek Posse; funded by the government, their job is to take down the Tek Lords by any means necessary. Their commander, John Grant, thinks Jake Cardigan is really awesome and offers him a place on the team. 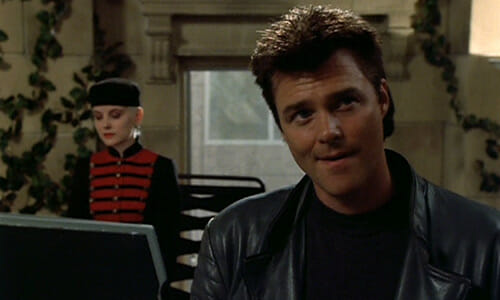 The Tek Posse’s target is a super Tek Lord by the name of Janus – apparently he was Sonny Hokori’s boss. They apprehend one of Janus’ lackeys, Falcon, and put him in an interrogation room to find out the location of Janus’ base. 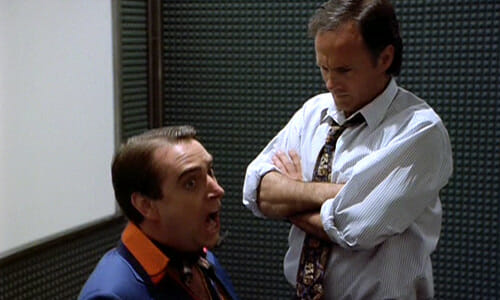 Grant puts a collar on Falcon that acts as a lie detector. If he tells the truth, nothing happens, but if he lies, he feels intense pain. This is the first hint that the Tek Posse is a little extreme. Jake finds this a little hard to watch, but Grant tells him the collar is effective and always gets them the results they need. 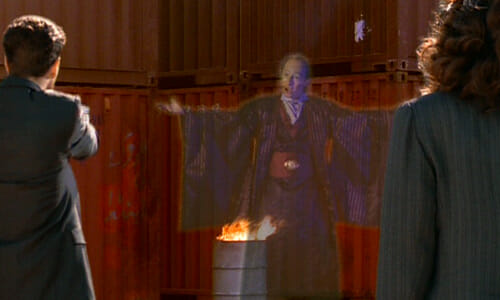 A hologram of Janus taunts the Tek Posse

Falcon gives the location of Janus’ base, an abandoned factory-looking site, but it’s empty. The Tek Posse fell into a trap! Janus’ dudes start shooting at Tek Posse, killing a redshirt and civilian kid caught in the crossfire. 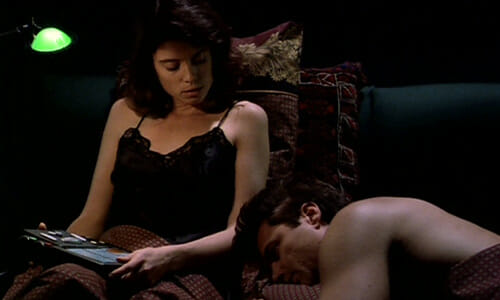 The Tek Posse picks up some lady who knows something about Janus, and they strap on the lie detector collar despite Jake’s protest. She keeps lying for fear of her life, and the collar keeps shocking her until it overloads and fries her brain. 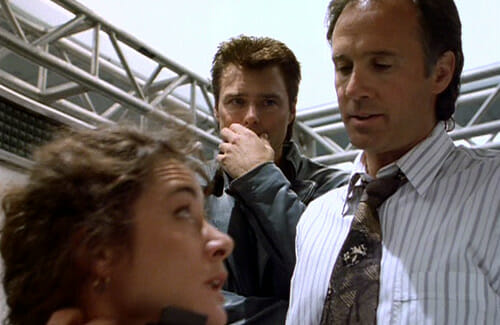 Tek Posse (and Cosmos) finds a lead on Janus’ loaction – a yacht. Sid sneaks in and tries the quiet, covert approach, but his plan gets ruined when Tek Posse arrive, guns blazing. Janus escapes on a speedboat, but Sid catches a ride. 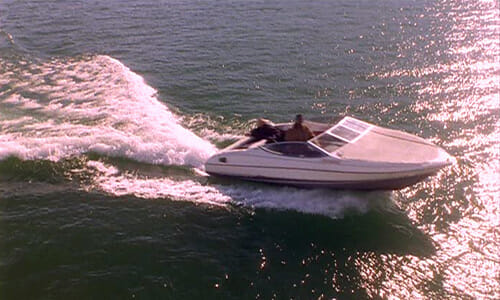 Tek Posse had planted explosives on the boat, and Grant tries to detonate them, but Jake stops him, saving Sid’s life. The speedboat returns with Sid in the driver’s seat and an apprehended Janus in the back. Grant fires Jake from the Tek Posse for insubordination and he returns to Cosmos. 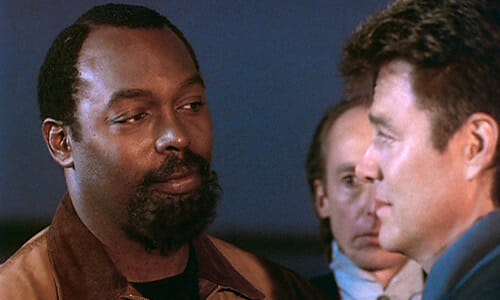 The typical, overdone story of a hero character finding cool guys, joining said cool guys, turning his back on friends, finding out cool guys are bad, then leaving cool guys to go back to friends. Mix that with the fact that the cool guys push the limits of the law and ethics, with arguments about the ends justifying the means, and you’ve got yourself a cliché sandwich. 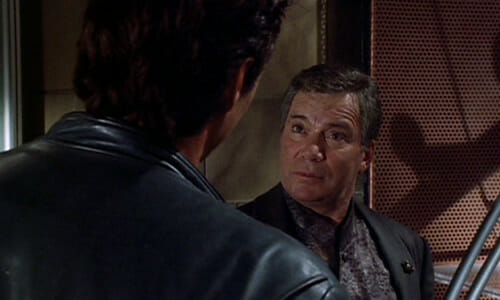 But by golly, I still ate it up. What have you done to me, TekWar? You’ve blinded me with your low budget ’90s aesthetic, cheesy action sequences, and delicious, melodramatic overacting at just the right places. Damn you. Damn you to hell. (Just kidding, I love you!)