The extravagant Marty Dollar hires Beth to find a cure for Tek addiction, but are his intentions as noble as they seem? 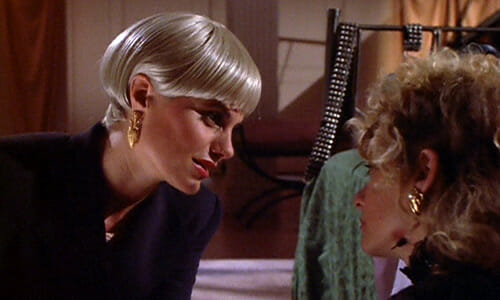 The prostitute informant is killed

A prostitute calls Jake Cardigan with important information on one of her clients, but she is murdered before she can say anything. 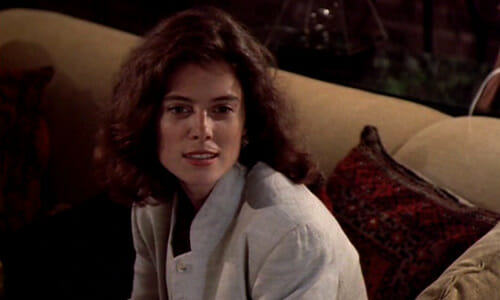 Elsewhere, Beth gets a message that she won a bunch of points that she can buy at the ITV store. It’s pretty much the Home Shopping Network; she tries on a dress via holography and buys it. 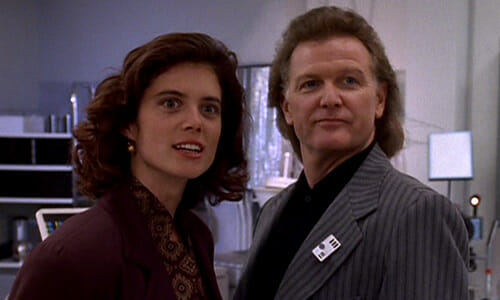 The owner of ITV, the outrageous Marty Dollar, personally delivers the dress and tells Beth he wants her to work for him. His company has been trying to remove the addictive elements of Tek, and he’s a fan of her work as a cyber biologist and thinks they’ll achieve great things together. 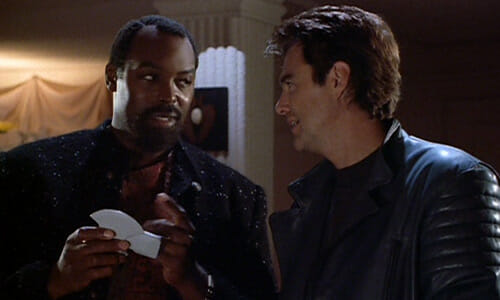 Jake finds out about this new partnership and isn’t happy in the slightest. He doesn’t trust Marty, and trusts him even less when he and Sid find a connection between ITV and the murdered prostitute. 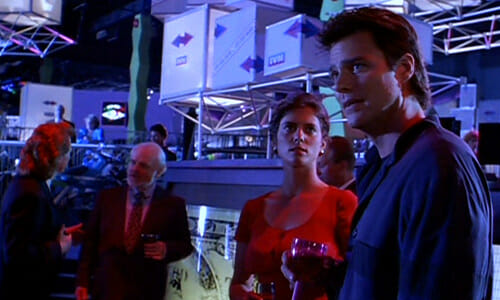 Marty throws a ball to promote his new product – a watch that plays music directly in its wearer’s brains. Jake learns that Marty was using Beth to make the watch as addictive as Tek, if not more so. There’s a big fight, but Marty and his associates are apprehended and their research destroyed. 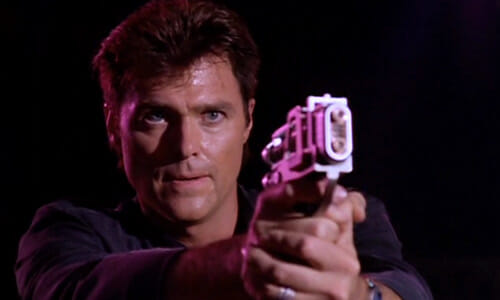 Now that the movies are over, we enter the series portion of TekWar, which lasted 18 episodes. Although the sets and actors are the same, it has a bit of a different feel than the movies; the main change is the music, which substantially alters the atmosphere of the show. What was once an unobtrusive, unmemorable score is now ostentatious and synthy. 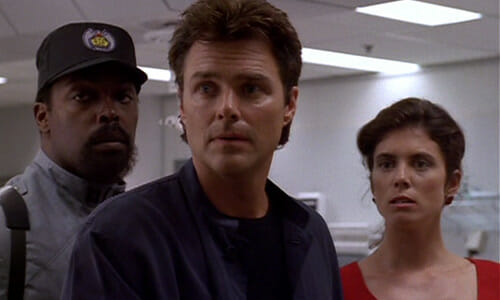 The new score does make the series feel a bit more dated, though, but that only increases my fondness for it. The pounding backbeats during action scenes and pad stingers during establishing shots really enhance the experience of watching TekWar. 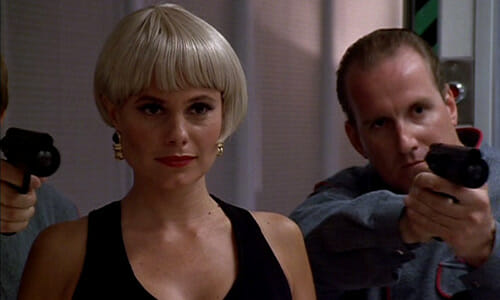 Also in the move from tv movies to tv series is the first of several casting changes: Bascom’s computer expert assistant Centra is replaced by the younger, spunkier Nika. This is actually an improvement because Petra had very little personality and Nika’s a lot more fun. But more casting changes are on the horizon, so don’t get comfortable just yet! 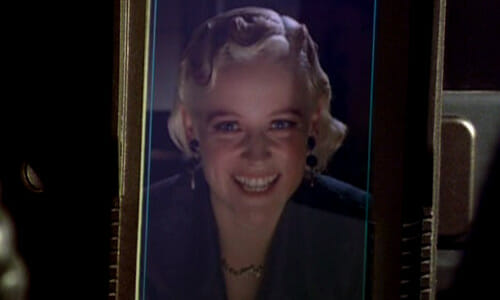 Nika – an upgrade from Petra

The mulleted Marty Dollar wasn’t as funny as he thought he was, but he was still entertaining and full of life, even if it was obvious he was a villain in disguise. I liked Beth’s featured role in the episode and participation in the action scenes, and it’s always nice to see William Shatner ham it up. I’d like to make it clear, that of course, this isn’t high quality sci-fi we’re dealing with, but it has the right amount of cheese and it’s fun as hell. 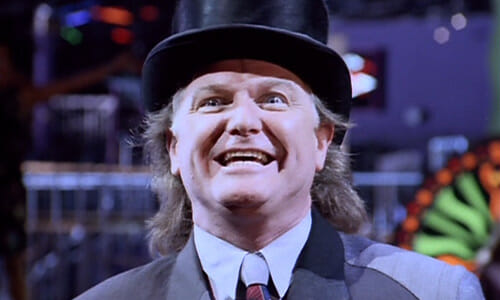 You’ll notice Sid’s obsession with specialized gadgets in these early episodes that always come in handy in the nick of time. Reminds me a bit of Mr. Dink from Doug. This episode’s gadget? The P.O.D. – Portable Olfactory Detector! 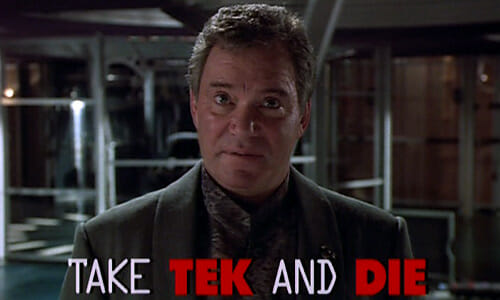 And now for a public service announcement…

If you skip the movies and start here, you will be totally fine. You’re not missing much, since 3/4 of the films aren’t great anyway, and it’s pretty easy to jump right in. Halfway through this episode, we see a video of Walter Bascom giving a public service announcement on Tek and the dangers of its use. I’m pretty sure this was made to bring viewers who didn’t have a chance to see the movies up to speed.