Excalibur is stolen from a museum’s King Arthur exhibit – but don’t worry – Jake and Sid are on the case! Special guest star: Michael York. 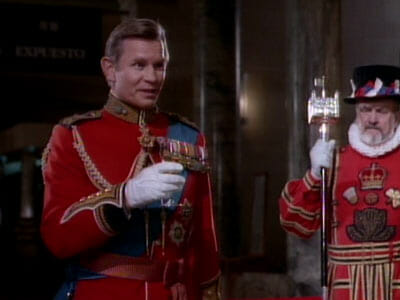 Here he is – Michael York!

The King of England, Michael York, and Andrea from The Walking Dead arrive at a museum to unveil a new King Arthur exhibit. 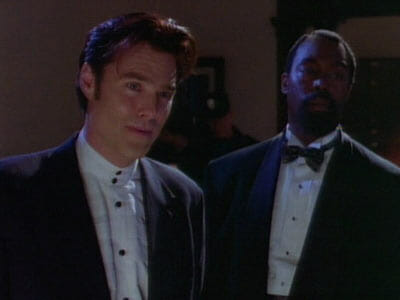 Don’t worry, you’ll be safe with these two

Jake and Sid handle security, but do a pretty rotten job because a group of thieves sneak in (as part of the exhibit) and steal Excalibur. 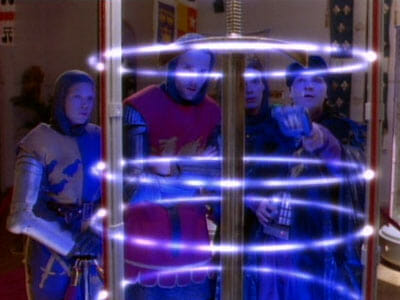 The king is found murdered and the thieves are (apparently) to blame. 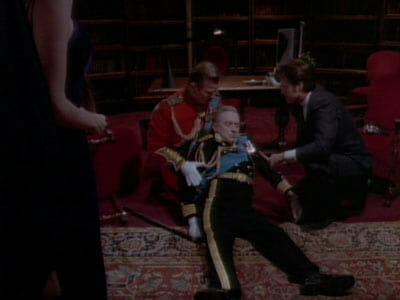 The King is dead…

The police arrive to interview all the witnesses. Android detective Winger is back, repaired and reprogrammed since we saw him in the first movie. He’s no longer working for the Tek Lords, but he’s still an ass. 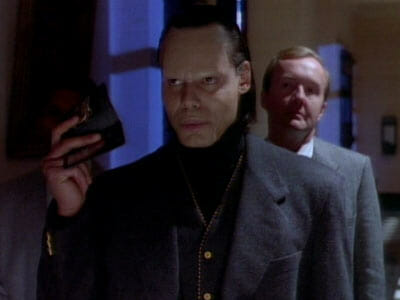 Michael York blames his political rivals, the Roundhead Party, for the theft and he returns to England. 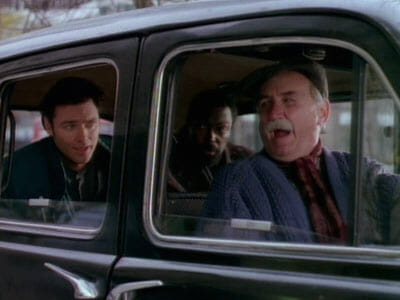 Jake and Sid also head to England and befriend an elderly cab driver who likes charging them extra money. How charming! 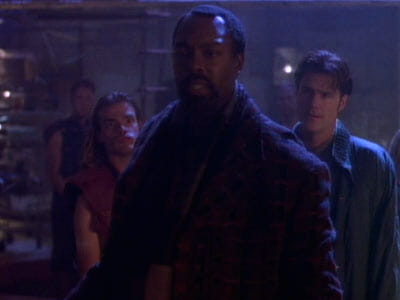 They visit a hacker guy who figures out that the thieves aren’t Roundheads, but just a group of kids who really, really like LARPing King Arthur. 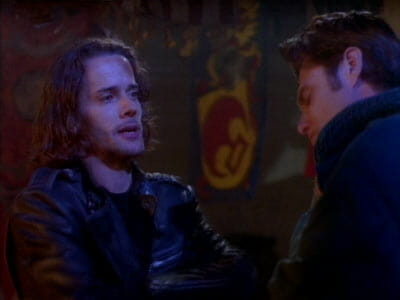 Jake meets the lead thief (who is not James Callis)

Anyway, long story short, it turns out Michael York is behind all the shenanigans. 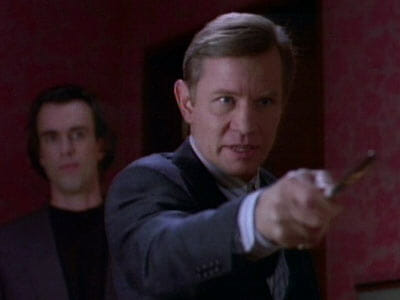 He killed the king and wants to revitalize the country’s Monarchist Party or something, but needs Excalibur to do it officially. 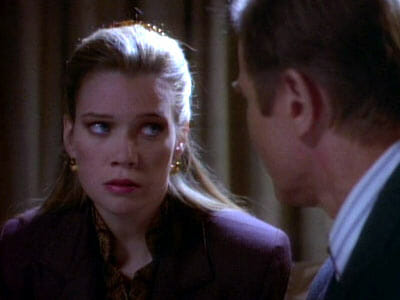 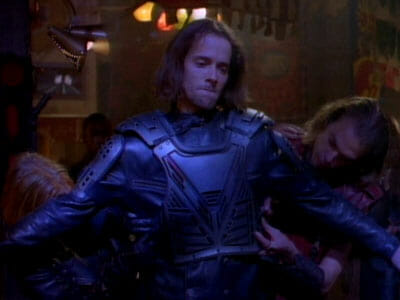 Getting dressed for the duel

Michael York loses the duel, but he turns out to be an android duplicate. The real Michael York is somewhere else causing mischief; Jake duels him and wins. 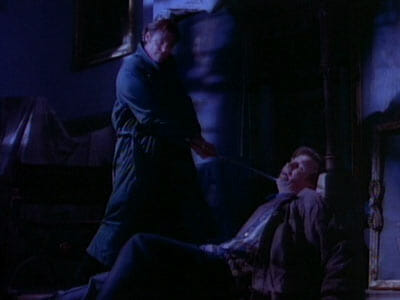 Jake gives Excalibur to the thief guy and Andrea (will they return it to the museum?), and Michael York is arrested and sent to the freezer. 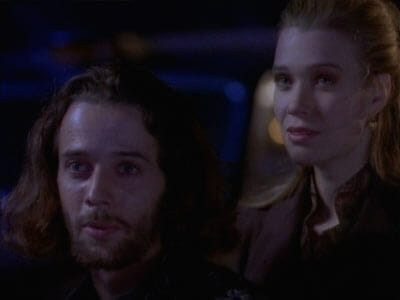 Thief Guy and Andrea have a happy ending

This film was weird and out of place. It had absolutely nothing to do with the rest of the TekWar films; it doesn’t follow the arc of Jake rebuilding his relationship with his son or conflict with Sonny Hokori and the Tek Lords. Not even Beth shows up in this film. 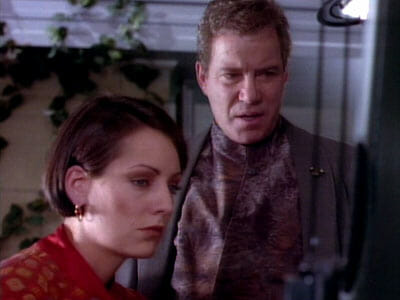 Centra and Bascom show up, though

It’s almost like it was a standalone story adapted to the TekWar universe. It hinges on the fact that everyone, everywhere takes King Arthur very -very- seriously. It doesn’t really make sense that Michael York not having Excalibur means his leadership isn’t considered legitimate. 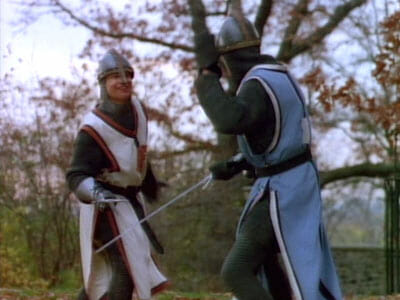 Michael York and Jake have a duel in the Holodeck

But Michael York is a nice guest star and adds some class. Other than him, though, there’s almost zero reason to watch this.