People start falling into comas after encounters with a virtual reality woman. Is Sonny Hokori behind this or…someone else? 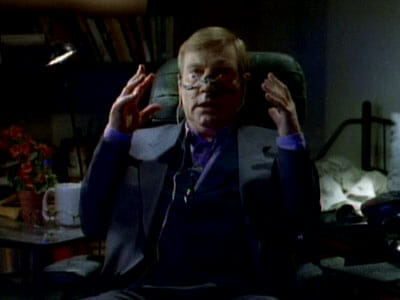 Our story begins with the police commissioner arriving home to relax after a hard day’s work – he’s played by David Hemblen AKA the voice of Magneto in X-Men: TAS. He puts on a virtual reality headset that takes him to a beautiful meadow, and I have a couple questions about this technology. It doesn’t seem that much different from Tek – I’m assuming it’s not addictive, but if that’s the case, then why don’t “Tek heads” use VR? 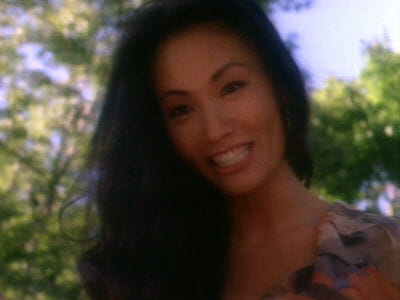 Anyway, a woman appears in the virtual reality meadow and chats with the commissioner, offering to give him a massage or something. He tells her he’s in a good mood because he’s going to do a bust pretty soon and clean the streets of Tek. She doesn’t like this, so she zaps him and he falls into a coma in the real world. Soon after, he dies. 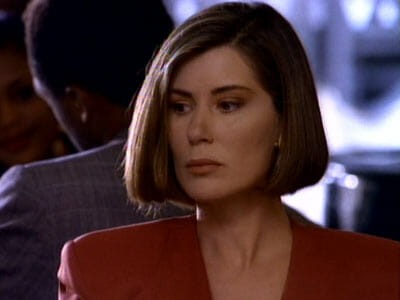 Jake meets with Kate to finalize their divorce

Meanwhile, we are reintroduced to our hero, Jake Cardigan. He’s in the middle of making his divorce official with Kate so she can marry her boss, Bennett Sands. Jake’s turbulent relationship with Kate seems to have softened since the since last film. 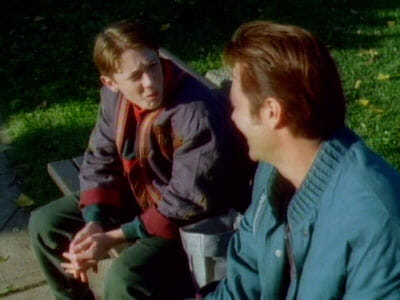 Danny and Jake at the park

In a park, Jake hangs out with Danny and talks about pigeons and pigeon crap (really). He gets a call from Kate on his PDA-looking communicator, but her message is scrambled. She too is attacked by the VR lady and put into a coma. 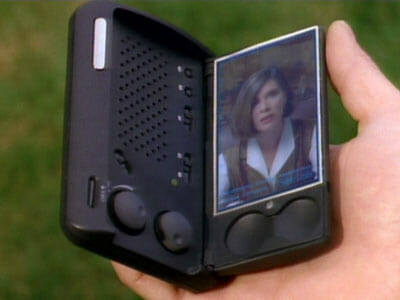 What’s that, Kate? You’re breaking up!

Jake and his partner Sid think Sonny Hokori (the guy they caught in the last film) is responsible. They visit him in his solitary, but he denies involvement. 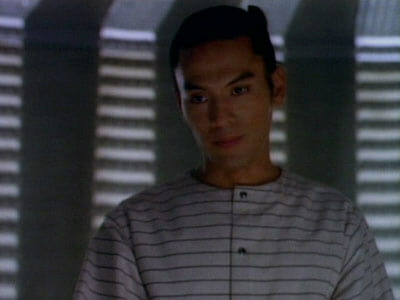 Is Sonny responsible for putting people into comas?

Later, Jake and Sid go undercover to a Tek Lord party, where all the city’s Tek Lord’s have gathered to throw a party, celebrating Hokori’s arrest. One of the Lords is especially interested in taking over Hokori’s former territory. 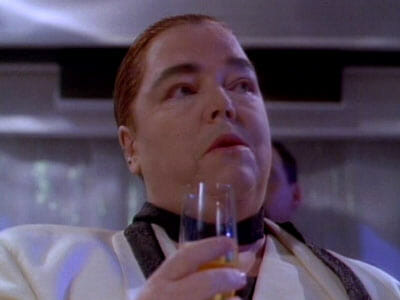 Suddenly, a hologram of Hokori appears, turns into the VR lady, then zaps this Tek Lord, putting her into a coma like all the other victims. 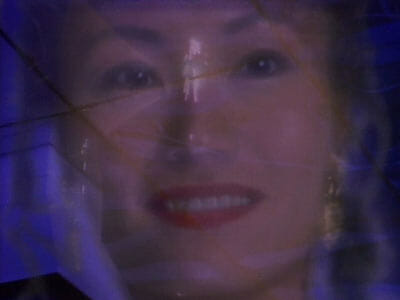 Jake does some digging and learns that the VR lady is in fact Hokori’s sister, Tora, who was killed in a boat explosion (Sonny was the intended victim); after her death, Tora’s consciousness was uploaded into a computer. 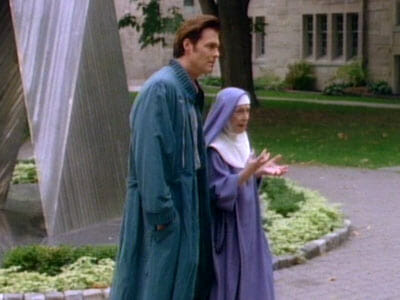 Jake visits an orphanage to learn more about the Hokoris

Sonny escapes from prison with his sister’s help (and the old “guards, my stomach hurts” trick), but what Tora really wants is to transfer her mind into an android body. She recruits Beth to assist in the procedure, but Beth only agrees to help in return for a chip containing the cure for the coma victims. 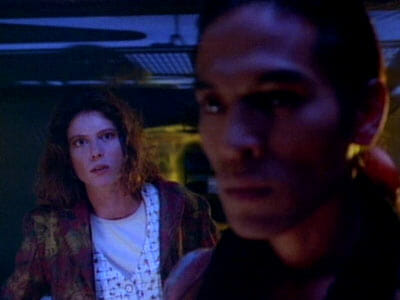 The transfer seems to work, until Tora’s mind starts overloading the android body. Jake and Sid arrive, beat up Sonny, then grab the chip with the coma cure. Tora and the factory explode. Everyone else escapes just in time. 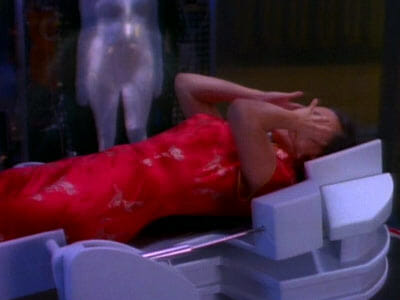 At the hospital, Kate recovers from her affliction and Jake heads back to the park with Danny to talk more about pigeons. 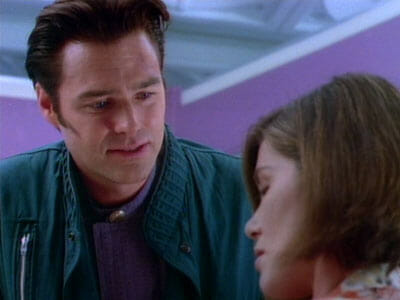 Jake visits Kate in the hospital

This was a little better than the first TekWar movie, but not by much. The pacing was a bit tighter, and the ticking clock with the coma virus added a nice bit of tension, and stakes after Kate becomes afflicted. But these small gains are undercut by characters acting like idiots to move the plot forward, parts that make no sense (a computer virus is responsible for the comas?), and boring scenes that take too long but don’t amount to much in the end, like the Tek Lord party. 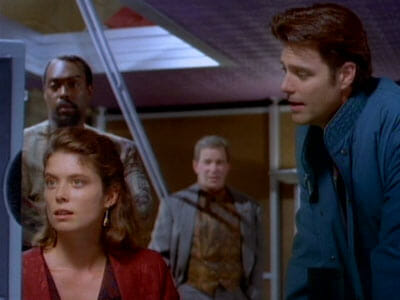 The divorce story actually wasn’t bad. I loved the scene where Jake confronts Kate’s attorneys with a computer lawyer named “Juris Pudence.” It’s scenes like this, showcasing near future technology, that remain my favorite part of watching TekWar. 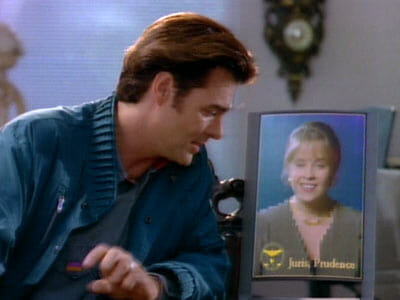 But what remains my least favorite part of TekWar are the hacking scenes, which are slightly embarrassing to watch: people waving arms around ’90s CG footage. How exciting. After we got one scene of this, I thought, “Good, we’re done,” then we get another one immediately after. Other than all that, this film has the usual bad action movie one-liners, and William Shatner spends the whole film stuck in his office, popping in every now and then to dispense cryptic knowledge, as he did in the first film.