After the Genesis II pilot failed to generate a series, Gene Roddenberry made another pilot based on the same premise, only with a more action-oriented story – Planet Earth. 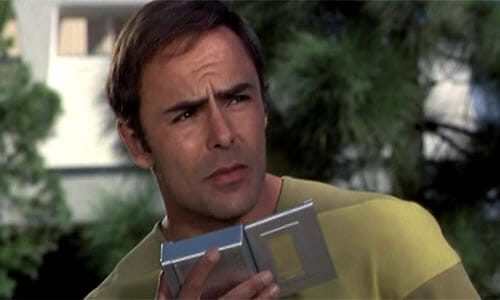 We begin in the Pax city, no longer underground as it was in Genesis II. Dylan Hunt, now played by John Saxon, recounts a recent incident where he and his party were attacked by the Kreeg, warlike mutants with Klingon-like forehead bumps. 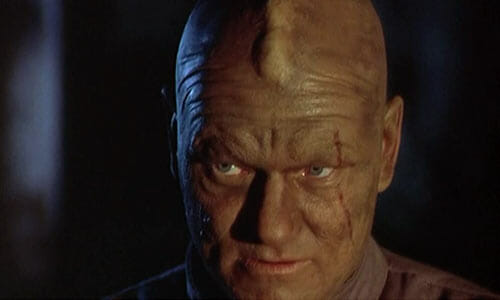 Hunt and the others narrowly escaped the Kreeg, but one party member (Kimbridge) is wounded in the attack. 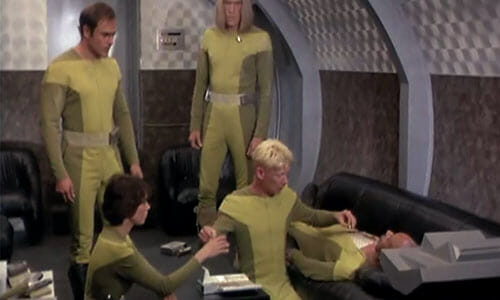 In the subshuttle after escaping the Kreeg

Back to the Present

Kimbridge remains in critical condition and in need of heart surgery; the only person who can save him is a man named Jonathan Connor, last seen in territory occupied by the matriarchal Confederacy of Ruth. 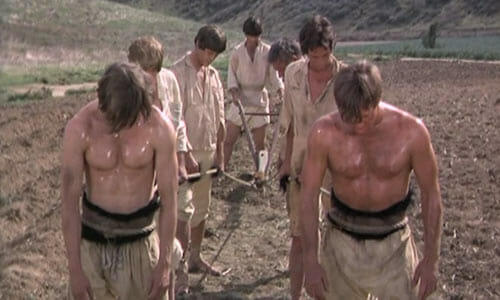 A group of dinks

Since men are slaves and considered property (called “dinks”) in the Confederacy, Hunt pretends to be the slave of his female companion, Harper-Smythe. They are met by Marg (Diana Muldaur) on horseback, who immediately beats Harper at a duel and claims Hunt as her own. 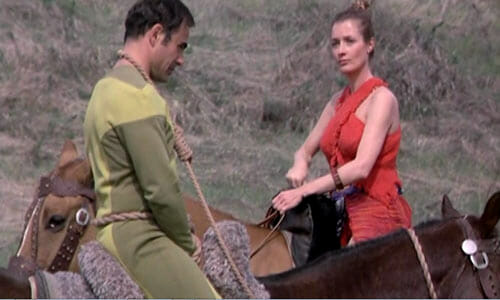 Hunt is taken to the Confederacy settlement to be processed and later auctioned off. He learns that the men are incredibly fearful of their female overlords due to a drug laced in their food, and while he resists them at first, Hunt is later forcefed and falls prey to the drug’s effects. 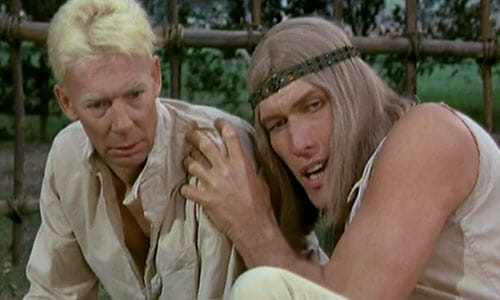 While all this is going on, a lost Harper-Smythe finds some lady living on the outskirts of the Confederacy settlement with her dinks. The lady’s rude at first, but becomes friendlier after Harper beats her up – duels are an important part of this society, it seems. Harper learns all she can about the matriarchy before returning to the main settlement for a rematch with Marg. 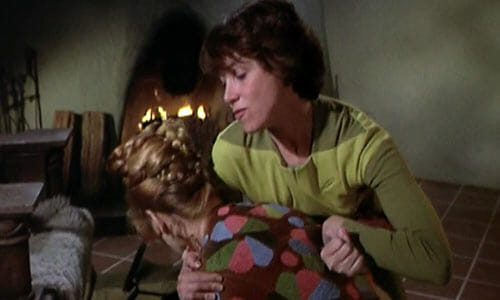 Harper learns about the rules of this society

Harper wins the second duel and regains “possession” of Hunt, who’s still under the effects of the drug. 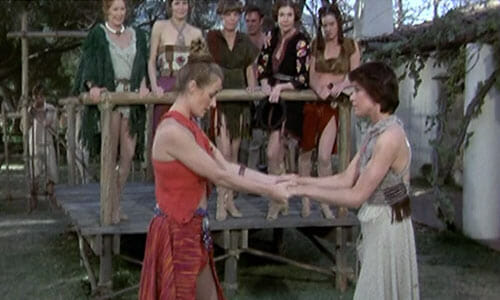 Where is Jon Connor?

Now more cooperative, Marg takes Harper and Hunt to her house as they continue their search for Connor, who may be among Marg’s dinks. Sure enough, that’s where he is! 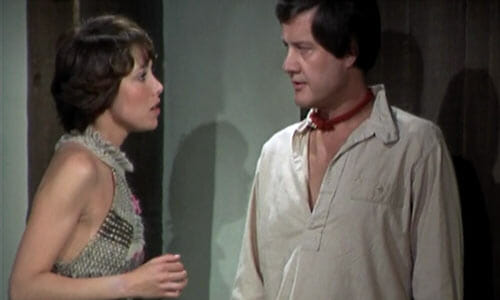 Connor knows all about the matriarch’s drug and tells Hunt and Harper that he’s developed a cure that he’s ready to introduce into the dinks’ food supply. 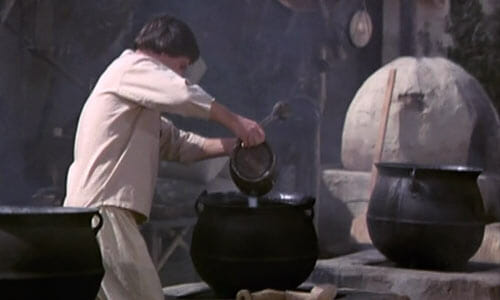 Jonathan pours the antidote into the dinks’ food supply

However, Kimbridge’s surgery is the number one priority. Harper negotiates with Marg to exchange dinks; Harper takes Connor back to Pax (putting the drug antidote in the food on the way), while Hunt stays in Marg’s house and ends up seducing her (!). 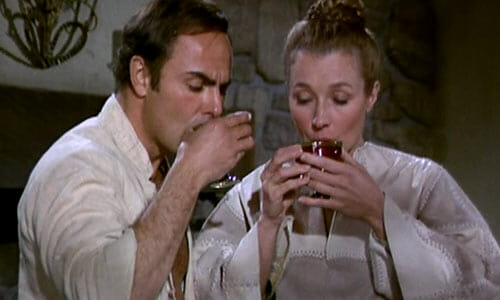 Hunt and Marg get loaded on wine

The next day, the Kreeg arrive to cause trouble in the Confederacy, but the dinks are able to fend them off now that they’re no longer affected by the drug. 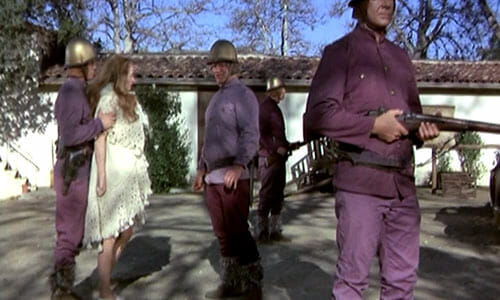 Marg and the other leaders fo the Confederacy decide to allow their dinks to remain drug-free. All is well, she and Hunt are friends now, and Kimbridge makes it through his operation. 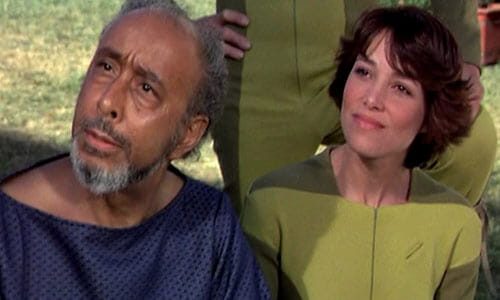 Kimbridge makes it through okay!

When I heard this was a second attempt at the Dylan Hunt story, I pictured we’d get a remake of some of what we saw in Genesis II, with Dylan Hunt going to sleep, waking up in the future, meeting Pax, etc. Instead, all of that is summed up in a voiceover in the beginning and we move on in the story. So in a way, this seems more of a continuation of Genesis II (with a different lead actor) than a straight up remake. 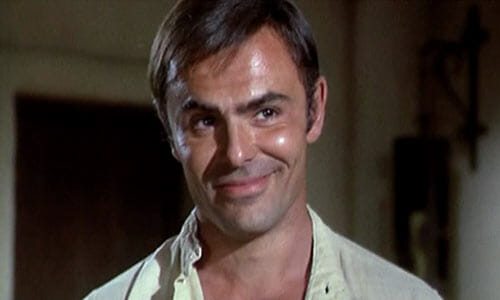 John Saxon makes for a stronger, more charming Dylan Hunt than his predecessor, and in many ways shares a lot of the same qualities as Captain Kirk. Best (or worst) of all, no pornstache! Harper-Smythe has a much larger role here, now played by Janet Margolin, than she did in Genesis II. Here, she’s a better developed and stronger character, taking center stage in the middle of the story when Hunt is incapacitated by the drug. 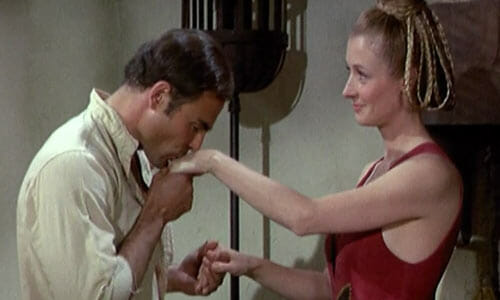 Hunt and Marg part as friends

Compared to Genesis II, this was lighter fare, which isn’t necessarily a bad thing. We get plenty of action sequences with the Kreegs, and suspenseful scenes in the Confederacy, with Kimbridge’s life providing a nice, constant ticking clock. Most of all, and where Planet Earth differs the most from Genesis II, was the much-welcomed humor, notably in the scene where Hunt seduces Marg (even if it dips into silly territory). 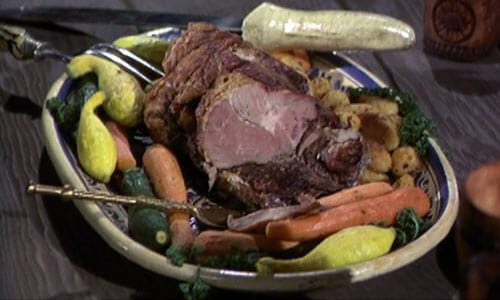 For you foodies out there

I appreciate Genesis II’s slower, more thoughtful pace, but because we never got a series, the pace leads nowhere, and we’re left with an origin story that ends before the actual story begins At least with Planet Earth, we get a fun, self-contained adventure with more charismatic leads.