Jake is put on trial for murdering his ex-wife’s husband, Bennett Sands. 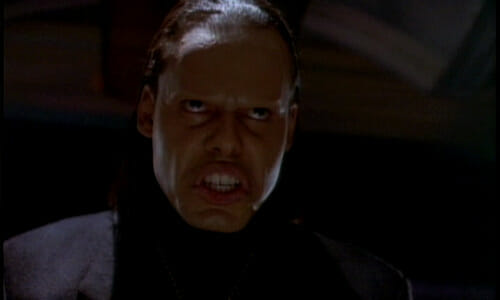 Lt. Winger and another officer arrive at Cosmos Security Agency and find the body of Bennett Sands – Jake Cardigan’s ex-wife’s husband who has ties to Tek Lord Sonny Hokori. Jake and his recently fired gun are at the scene of the crime, so naturally he’s suspect #1 and is arrested on murder charges. 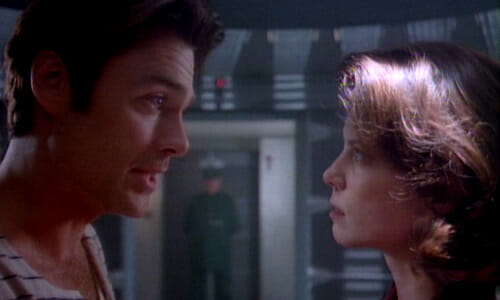 The trial begins, but Jake is very uncooperative and tight-lipped about his situation and desire for help, even from his dear friends Sid and Beth. Beth and Jake, by the way, are now a couple. 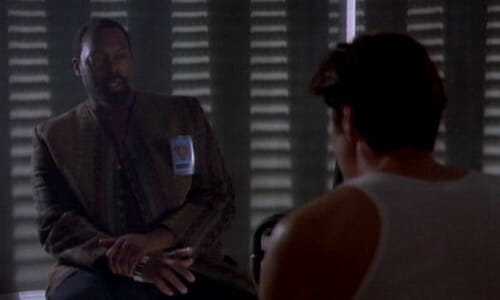 Then it’s Sid’s turn to visit

Bascom hooks Jake up with a defense attorney named Eugene Leopold, a Doogie Howser-esque kid lawyer, who was in an accelerated legal program or whatever. The trial is broadcast on television, and none other than Sonny Hokori is watching it. 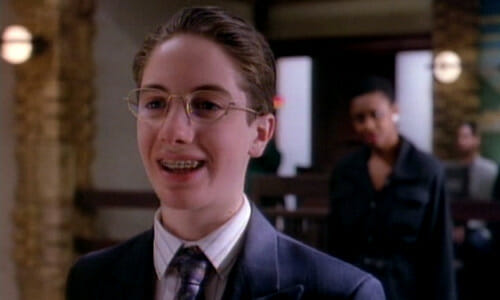 Jake’s defense rests in the hands of Eugene Leopold

Hokori was badly burned since last we saw him, escaping the burning cybernetics laboratory in the second TekWar film. He’s recovering with the help of one of his lackeys, Valkyrie, and wears a hologram of his face to hide his Dr. Phibes-like facial disfigurement. 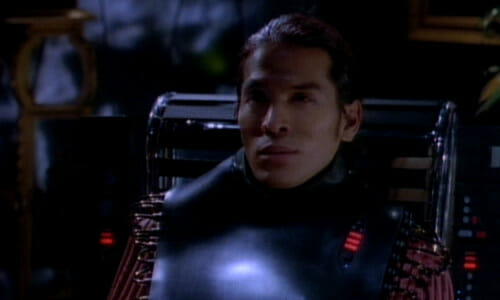 After the first day or so of the trial, Beth visits Jake in jail and discovers why he’s been so tight-lipped about everything: he’s covering for his son, Danny. Yes, it appears Danny was the one who pulled the trigger and killed Sands, albeit in self defense. 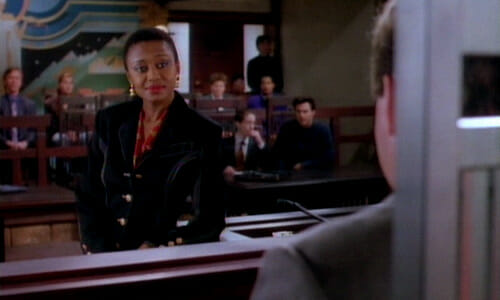 Beth relays this new information to Sid and Leopold, but Jake is adamant that Danny not be called to testify. Leopold calls him to the stand anyway via hologram. 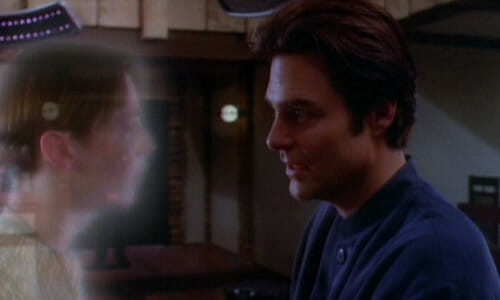 Jake talks to a hologram of his son

According to Winger’s prior testimony, particle evidence showed that two shots were fired, but now we learn Danny’s weapon was fired only once and missed. So Danny didn’t kill Sands! It turns out the second shot, which killed Sands, was fired from Valkyrie, who was sent by Sonny to murder Sands to frame Jake. They didn’t count on Danny being there. 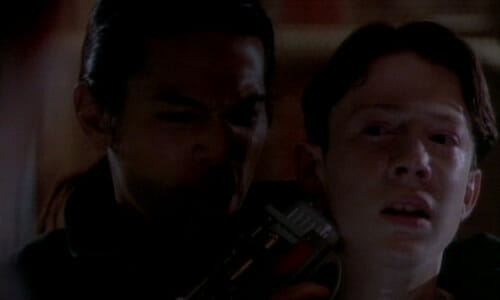 Sonny, Valkyrie, and the rest of their gang storm the Cosmos building at night to kill Jake. All the bad guys are killed except Sonny, who takes Danny hostage for five seconds before Danny frees himself. Jake then throws Sonny into a large computer screen, electrocuting him to death; Sonny Hokori’s reign as a Tek Lord finally comes to an end. 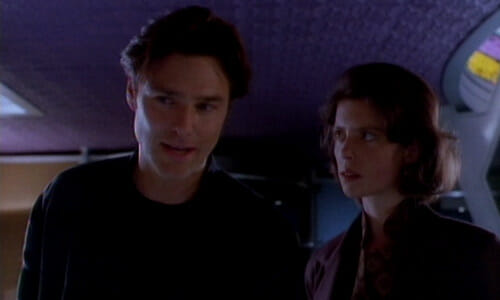 I’m crazy about legal dramas, especially sci-fi legal dramas, where we get to see cool future technology used in trials, so this was easily the best of the four TekWar films. The lawyer kid, Leopold, didn’t turn out to be as annoying as he could have been, and even added a nice touch of comedy. I also liked the prosecutor, Thalia McKenzie, but she acted really unprofessional towards Leopold and the judge should have held her in contempt. 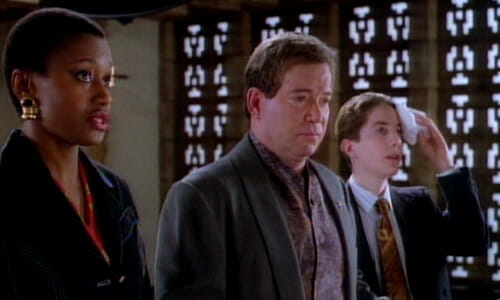 Thankfully, unlike the last film, TekJustice returns to the Sonny Hokori arc of the first two films, finally giving it closure. But it did start to drag on a bit, especially towards the end, and Valkyrie was a cartoonish, silly, weak sauce villain. 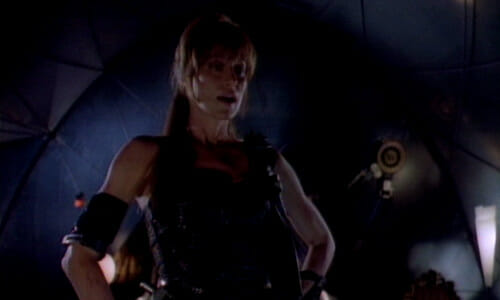 Valkyrie is the worst

There’s a minor, needless subplot about Stealth Link, a piece of software that can easily “rip through any computer network in the country.” It’s really just a MacGuffin for Sonny to try to get his hands on, but Bascom reveals at the end that the program doesn’t work. So, really, it’s just there to waste time. Sonny doesn’t need extra motivation – revenge is a good enough prize by itself.