Based on the short story Random Quest by John Wyndham, a scientist travels to a parallel universe and falls in love with Joan Collins. 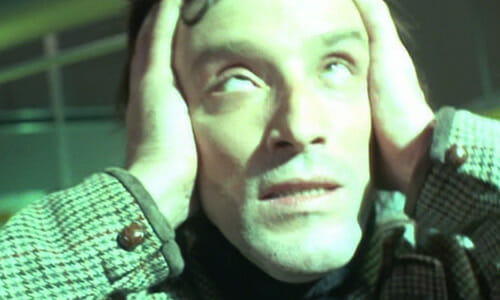 Colin has a splitting headache

A super science guy named Colin Trafford runs an experiment that accidentally zaps him to a parallel universe. 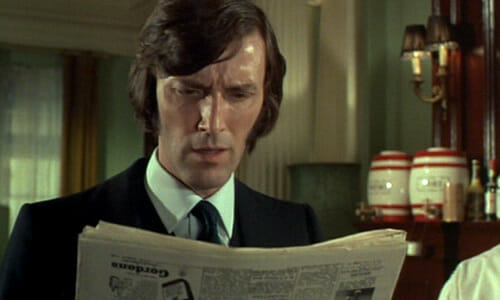 Here, Colin learns that there are some small differences in this universe, notably JFK is still alive and has been named head of the League of Nations. 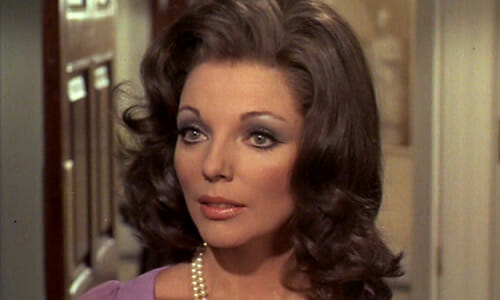 But the most major change is that Colin is a famous author, not a scientist, and he’s married to a woman named Ottilie (Joan Collins). 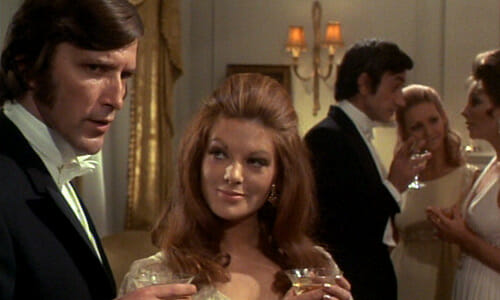 Alternate Colin was a womanizer

Colin instantly falls in love with Ottilie, but she loathes him because Parallel Universe Colin is a womanizing asshole. Gradually, Colin manages to convince her that he’s not her Colin and that he’s a really nice guy, and she starts reciprocating his love. 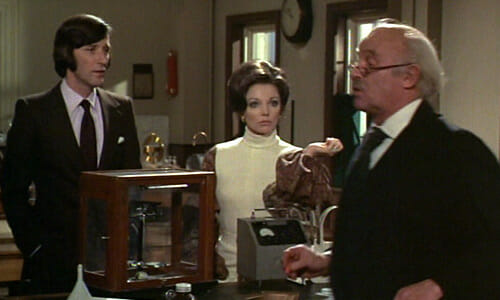 But wait – Ottilie has a heart condition, and because the science in this universe isn’t as advanced (they haven’t even climbed Everest), there’s no way to treat her. After playing a lovely tune on a piano, Ottilie just…drops dead! 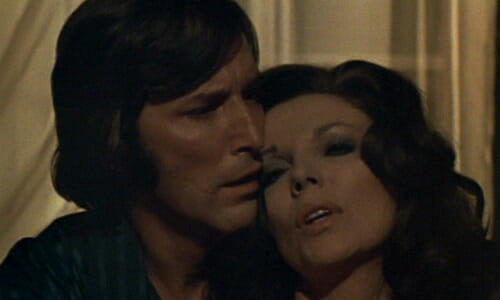 A devastated Colin decides to return to his universe to see if he can find Ottilie’s counterpart. He breaks into a lab where the science equipment from his experiment happens to already be laid out, and recreates the accident that brought him there. 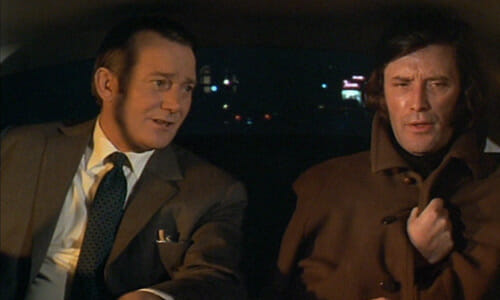 Now back in his universe, Colin uses pre-Internet detective work to track down Ottilie’s doppelganger, Tracy, who works as an airline stewardess. After several near misses, Colin reaches Tracy, but finds she’s dying of the same heart condition that killed Ottilie. “Get the bloody ambulance!” he screams to her roommate. 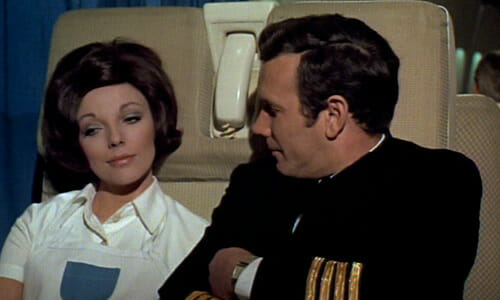 In the last scene, we see Tracy recovering from surgery and Colin bringing her flowers. 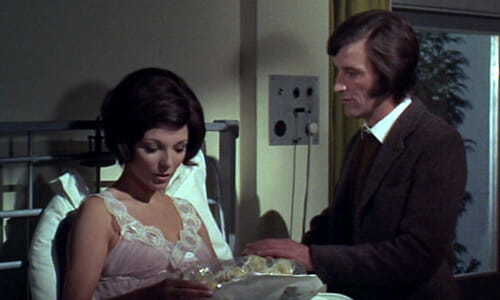 A cute film with a unique story about finding love across two universes. While some of the acting – especially from the stunning Joan Collins – is a bit theatrical, overdramatic, and dare I say, soap opera-ish, it’s all a part of Quest for Love‘s charm. That and the fact that this film is ’70s as hell! It’s so fun looking at all the dated styles, both clothing and hair. 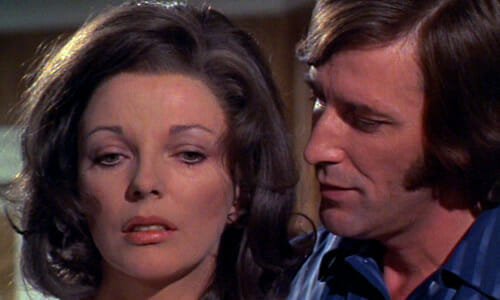 But Quest for Love isn’t quite as strongly executed as it could have been. It’s never clear whether Colin swapped places with his alternate universe self or if he just assumed control of his body, Quantum Leap-style. The film gets rushed towards the end, and as mentioned above, Colin’s method of returning to his universe was way too easy.

But despite its flaws, Quest for Love remains an enjoyable film, and the mixture of melodramatic acting, ’70s atmosphere, and Joan Collins’ presence help prop it up. Without any of these, it would be instantly forgettable.