A computer virus in a virtual reality game turns players into cold-blooded killers. 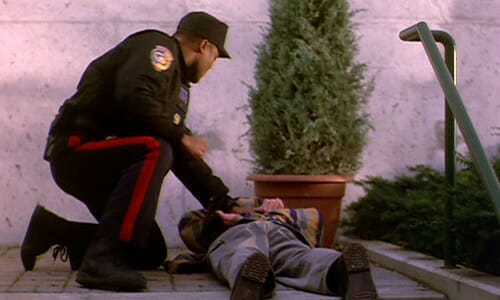 The violent teenager is apprehended

When a teenager goes crazy violent and murders a police officer, a hot new virtual reality video game is to blame. Cosmos represents the developer of game (so Cosmos is a law firm now?). 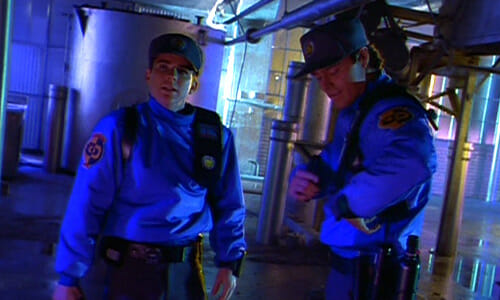 Danny and Jake in the game

Jake is curious about game, so he has his son Danny download it. They play a couple matches, first cooperative, then versus mode. Danny becomes hypnotized by a red swirly light and becomes as uncontrollably violent as the teen we saw earlier. 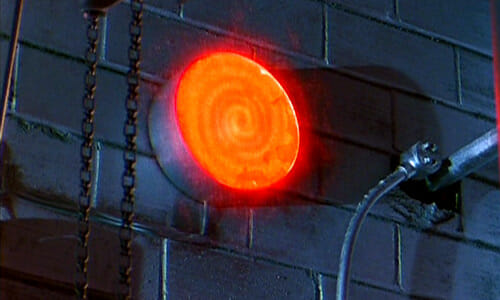 Symptoms last even when he’s out of the game; Danny goes berserk and smashes a bunch of shit in the office (this scene must’ve been fun to film) until Jake tackles him. 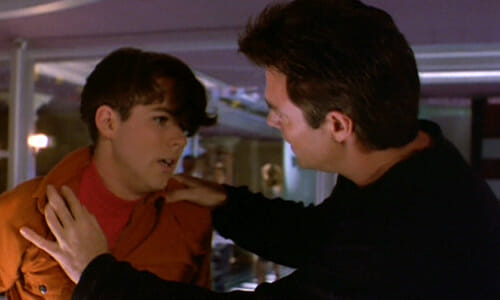 Jake tries to calm his son down

Nika goes through the game’s code and finds it was modified by someone. She’s able to track down the location of the hacker, but it turns out to be a dead end. The person on the left looks important, but she just an extra

Then it literally becomes a dead end when a teen comes out of nowhere and shoots Sid. He dies! 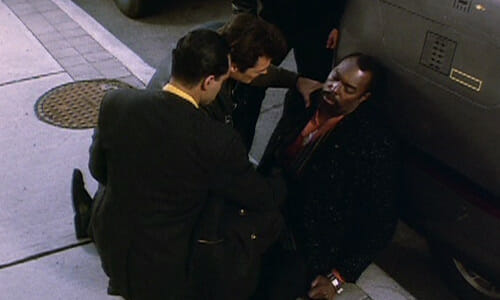 Waiting in the wings to replace Sid is Sam Houston (from last episode), who’s taken a leave of absence from the police force to join Cosmos. 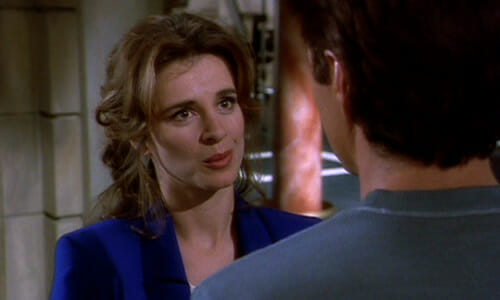 Jake and Sam eventually track down the hacker, but he forces them to fight each other in the game. They pretend to get violent and kill each other, but it’s all a ruse to catch the hacker off guard and they arrest him. Game over. 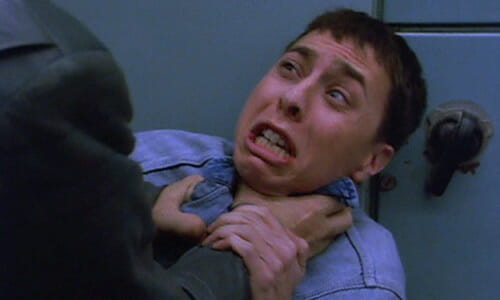 I liked this one. It had a good mixture of action and sleuthing, and Sid’s death – whether necessary or not – raised the stakes. Poor Sid went out like Tasha Yar, dying in the line of duty with no hype or lead-up, making it both unpredictable and realistic. 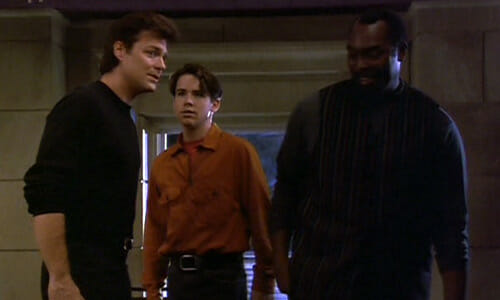 You will be missed, Sid

Behind the scenes, the actor was supposedly let go due to budget issues, which was the same reason Beth left. The end solution to save money, it seems, was to cut the partner and love interest characters, and replace them with a single character who could fill both roles: Sam Houston. 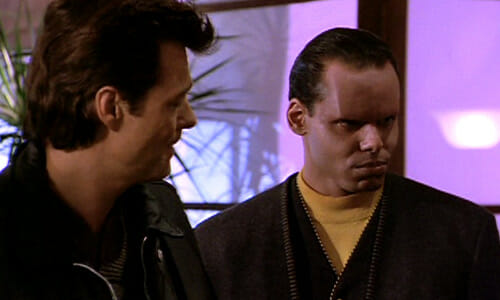 Winger debuts a new haircut in this episode

We see Danny for the first time since the fourth film, and he’s been recast. I prefer this Danny a lot more. Original Danny was a whiny victim, while this one is more proactive and headstrong. 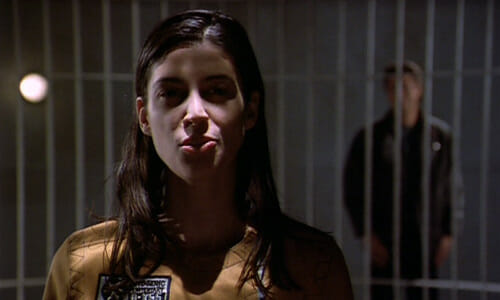 I liked the subplot in this episode where Jake meets up with a programmer – played by Anita La Selva (Zo’or in Earth: Final Conflict) – in prison. She’s sort of like Hannibal Lector, giving Jake advice on how to approach the real perpetrator. She’s only in a few scenes and I think she should have had a larger part in the episode. 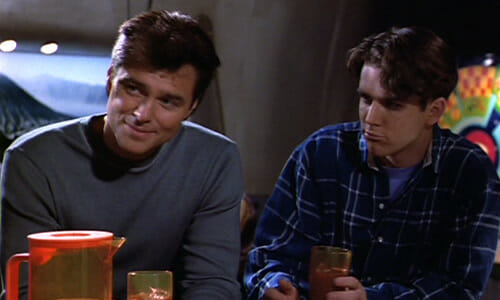 Jake and Danny pour one out for Sid

The most ’90s thing about this episode was its “ripped from the headlines” story about violent video games. Remember how big that was? Mortal Kombat, Wolfenstein, Doom. Ahh, those were the days.