Beth’s ex-boyfriend comes out of hiding with a new form of technology that can neutralize Tek. 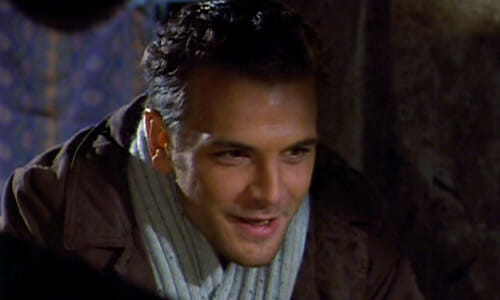 Beth’s college ex-boyfriend Tom, who died in a lab explosion, is still alive – he faked his death. He contacts Beth and emails her a file with instructions not to open it. She does, of course, and finds he’s sent info on a new type of technology called wetware, which allows people to control technology with their minds. 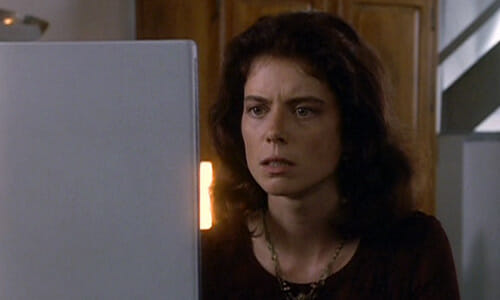 A side effect of this technology is that it neutralizes Tek. Beth makes a prototype wetware headset, but a bad guy invades her home and tries to kidnap her. Fortunately Jake and Sid get there just in time to save her. 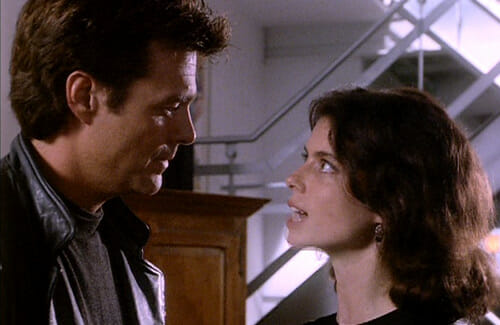 The kidnapper guy works for LaFeare, a lady in league with the Tek Lords (and reminds me a bit of Mom from Futurama). She wants to kill Tom and destroy his wetware tech so it won’t be a problem for business. 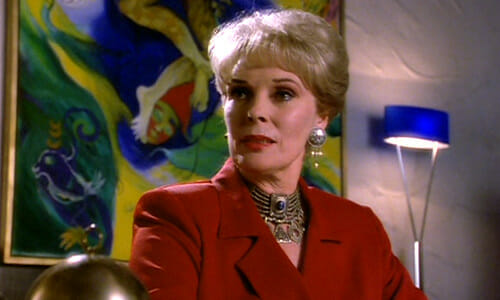 Jake arranges a meeting with some politician dude to get support and resources towards perfecting Tom’s technology. However, the politician dude turns out to be one of LaFeare’s men in disguise, wearing a morph mask; Jake punches him in the face. 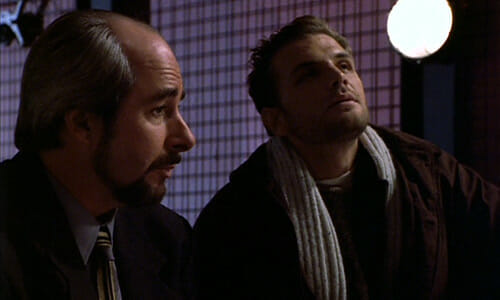 Nika reports that there’s a huge bounty out for both Tom and Beth. They decide to go into hiding so they can work on perfecting wetware on their own, but as soon as they get in their car, it explodes! They’re dead. 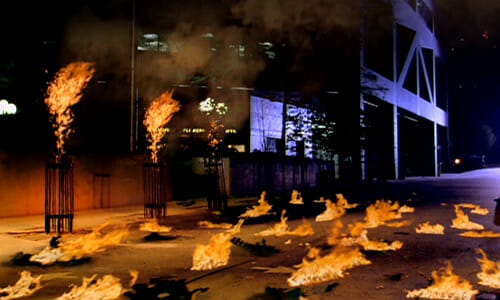 Just kidding! The Beth and Tom we saw die were holograms. Jake sees off the real Beth and Tom off. Will they ever return? Nope. 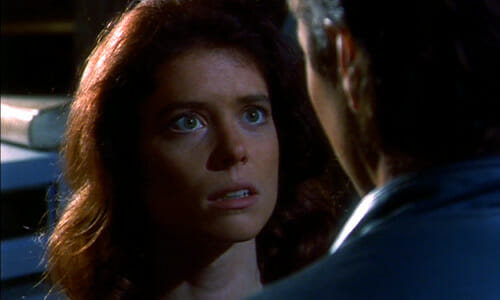 Some good stuff in this episode. Again, there’s nothing particularly intricate about TekWar plots, but this one is competently done and I have few complaints. Though it did feel a little early in the series to introduce something that can neutralize Tek, especially in a show called TekWar. But the episode’s only real weak points were the scenes of Jake bickering with Tom over who’s the better boyfriend. Typical but fortunately ephemeral. 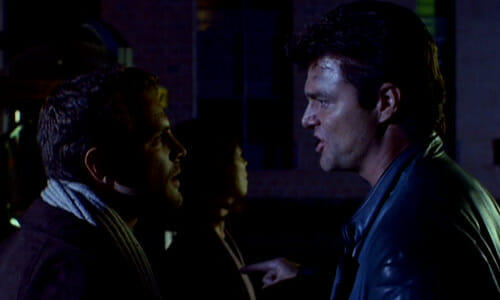 Jake and Tom get in an argument

Beth’s a great supporting character and I like that she’s at the center of this episode, but at the same time it’s bittersweet because it’s her swan song. Beth is gone for good. A victim of the series having high aspirations but low budget. No moolah, no Beth, and there’s still another major cut to come…