A terrorist gains control of the world’s weather control system; Jake and the terrorist’s ex-partner team up to stop him. 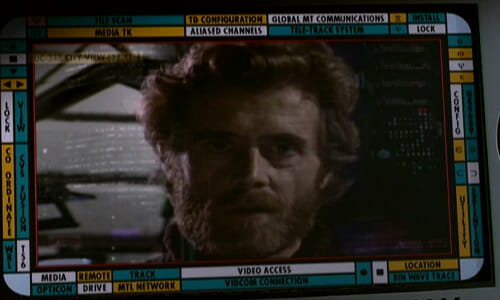 A terrorist named Alec Seeger commandeers the planet’s weather control system to make it rain a lot – it’s kinda like the Risa episode in Deep Space 9. He demands that all military engagements abroad cease and desist. 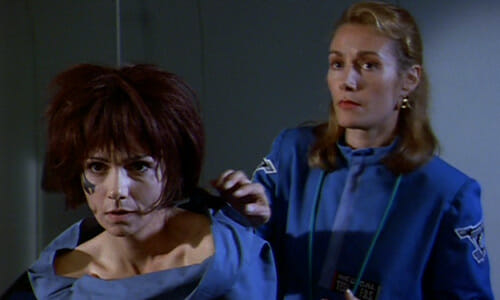 Lianna is pulled out of the freezer

It’s up to Jake to put a stop to Seeger’s plan, and he teams up with with Seeger’s ex-partner, Lianna Cruz, who’s taken out of the freezer (cryostasis prison). 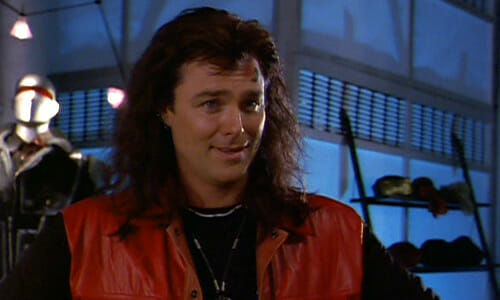 They head over to Yeltsingrad, where Lianna gives Jake a makeover so he doesn’t look like a cop, and together they question various characters whose names I have already forgotten: 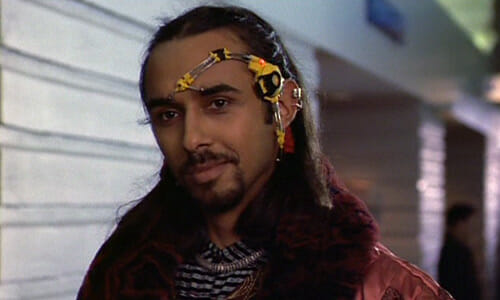 The criminal-type who wears a Tek set (Tek is legal here) but keeps the setting on low so as to get a constant buzz. 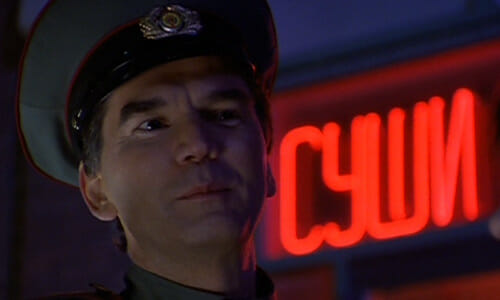 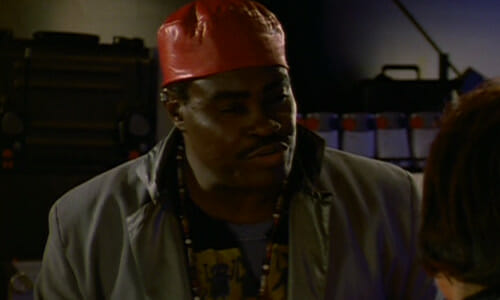 The tech (not Tek) supplier 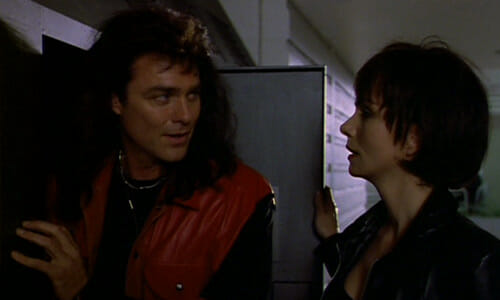 Jake and Lianna get in a shootout with some guys and find a keycard for a locker on one of the bodies. Inside the locker is a doorway to Seeger’s secret lair, and they find Seeger…dead! A blinky light thing is on his forehead. Gee, who has access to blinky light things? – It’s Dude C! 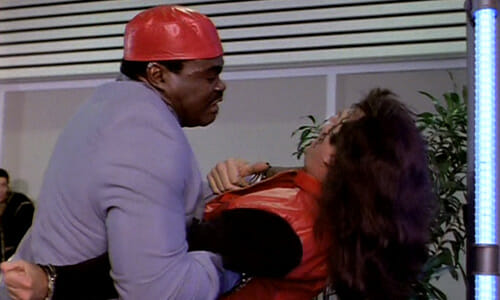 Dude C puts up a fight

Fight for the Weather Machine

They track down Dude C and stop him as he tries to make off with the weather controller machine. Jake figures out how to use it and stops the rain, but Dude B shows up wanting to get control of the weather machine so he can sell it and make loads of money. Jake destroys the machine and Dude B is like “Damn,” and goes away. 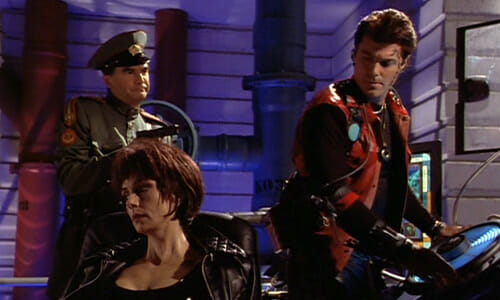 Dude B holds Lianna hostage and makes Jake do stuff

At the end, it’s time for Jake and Lianna to go home, but she doesn’t want to go back into the freezer. As someone who experienced the hellish conditions of the freezer firsthand, Jake lets her go free and keeps it a secret. 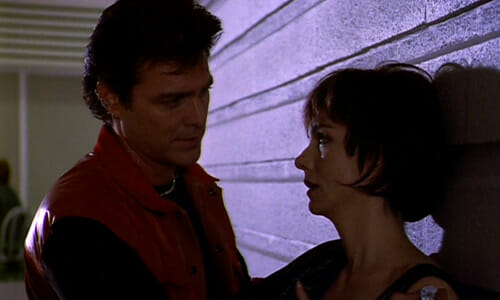 Another cliché episode like the last few but this wasn’t quite as fun. It was slower paced and kept floating the question “Will Lianna betray Jake?” in front of the audience’s faces. Jake got over Beth really quickly, by the way. One episode after she’s gone and he’s already macking on someone new. 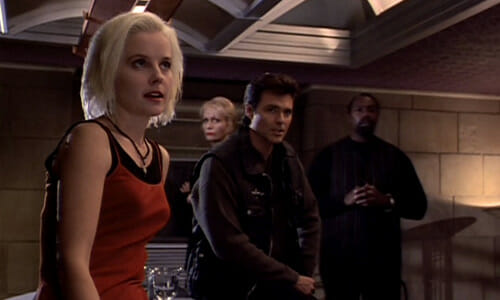 Nika and Sid don’t do much this episode

The airport scenes were fun. I especially loved the Max Headroom-ish artificial intelligence computer guy. But the thing I’m wondering about this airport is why it has a force field capable of vaporizing people. Someone heading to the trash to throw away their Starbucks cup could trip and fall into one of these things!