Like IDW Comics’ Star Trek Captain’s Log anthology mini-series, each issue of the Alien Spotlight series featured a single story that focused on a different species in the Star Trek universe.

The USS Courageous hangs out

The Borg are now doing this time thing, this tachyon time wave thing to change history so that all species are born Borg. They’re starting from the future, where they’ve achieved perfection, and are doing time things to assimilate their past to ensure a future where everyone is assimilated. Or something.

Geordi has a bad day

While on a mission dealing with unstable dilithium, Geordi beams back to the Enterprise E, but comes back as a partially assimilated Borg drone! But because of his bionic eye implants, he isn’t under the collective’s control. Dr. Crusher assures Captain Picard and Data that Geordi will be fine.

Picard tries to get Geordi to access the Borg hivemind to see what they are up to. The information overwhelms Geordi, so a tubule comes out of his Borg arm and into Data’s eyes so he can do it instead, and he learns all about the Borg timewave thing.

At a conference place, Admiral Janeway addresses a group of people, Picard included, about this new Borg threat. Janeway proposes detonating a transwarp core into a pulsar to stick the time into the time thing so the Borg can time while they’re time traveling with the time wave all the time. 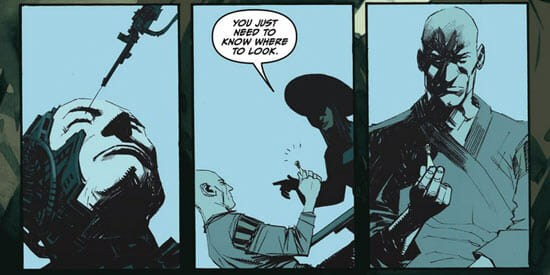 Picard isn’t crazy about this idea, and after playing chess with Guinan, invites Janeway over for tea so he can propose a different plan that involves timing up the time stream with time. Janeway’s like, whatever dude.

On the Enterprise bridge, Picard tells Data where to go to so the time thing, but then they’re suddenly attacked by a Borg cube from the future. No, wait…it’s a Hypercube! And some of its Species 8472 drones beam onto the Enterprise to assimilate everyone. Oh no!

Picard tells Geordi (still recovering from his assimilation and back to wearing his visor) to beam him into a time thing. Geordi says okay.

Picard asks Geordi to beam him into the thing

Picard arrives on some planet in the past where a Borg drone is going to assimilate a little girl because she will be a future Borg Queen – the one who starts the whole temporal time wave thing. Picard is like, don’t assimilate this girl you asshole, and the drone says okay and leaves, and then Picard plays princess with the girl.

Picard saves a little girl from the Borg

Obviously I found this a bit too confusing. There was waaay too much technobabble that I found myself skimming through large portions of dialogue. Nearly the entire comic is technobabble and people talking about tachyons and time waves; everyone sounded robotic (no offense to Data)! We did get a few small moments that let the characters act like characters, like with Picard talking to Guinan, and there were a couple nice lines exchanged between Geordi and Data. But all this wasn’t enough to make up for the tedium.

I also didn’t like how a few plot complications were handwaved away – in one scene, Picard tells Data he found a thing, and Data’s like “how did you find that thing?” because finding the thing is hard, but Picard replies, “It’s easy to find that thing when you know where to look.”

Then the story ends with Picard saving the girl in the past, but…how does he get back to his time?

Picard ain’t having none of that 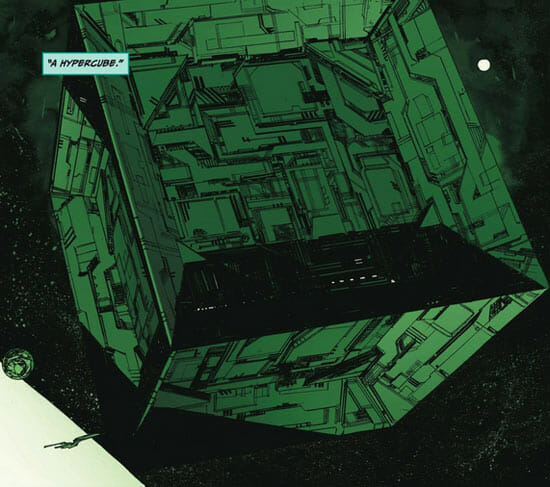 And one thing I hate, when it comes to Borg stories, is having someone assimilated then unassimilated like it’s no big deal. I hated it in the Unimatrix Zero two-parter, and I hate it here with Geordi.

Artwise everyone looked okay, if a bit stylized. Picard looked the best and was the most expressive, while Janeway looked the most off.

The Borg of the future ensuring their own path to perfection seems interesting enough, like an ouroboros kind of thing, but what really did this story a disservice was confining it to a single issue. I’m a huge critic of stretching stories across several issues when they could be told in one comic…but in this case, there was too much going on (and too much technobabble), that if this story had to be told, it should have been told with more room to breathe.