A samurai learns the true meaning of Christmas when he becomes a department store’s Santa. 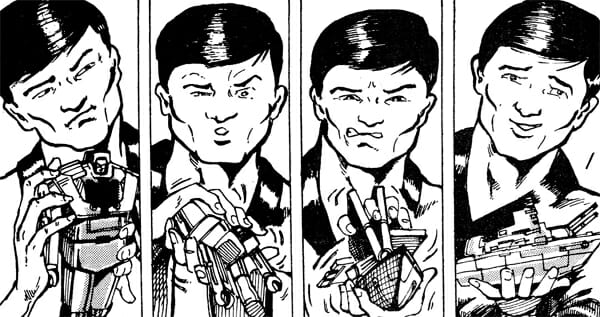 I make these faces too when I play with Transformers

In “Kruger’s” department store, a Japanese samurai named Sam works in the toy section showcasing a bunch of Transformers-looking toys (how stereotypical). He’s recruited as a last-minute replacement for the Store Santa who got very, very drunk.

All goes well, and when Sam leaves the store at the end of the day, he happens to stop a robbery while still in costume – thus getting the store loads of publicity. 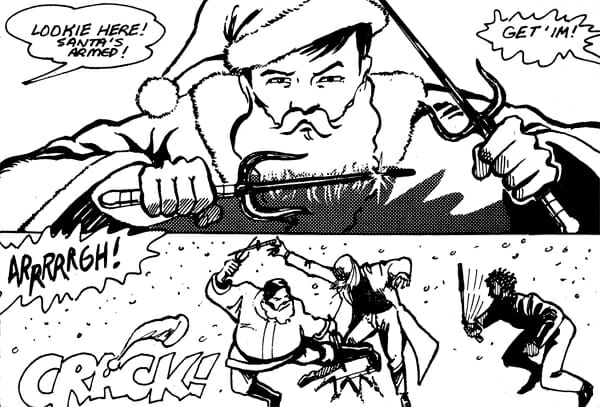 Meanwhile, there’s a nasty Santa going around town telling kids to get their parents to buy them more shit.

Sam asks the Kruger’s manager the real meaning of Christmas, and learns that it’s about “love and joy and good will to fellow men” and that “by giving someone a gift you show that you care for them.” 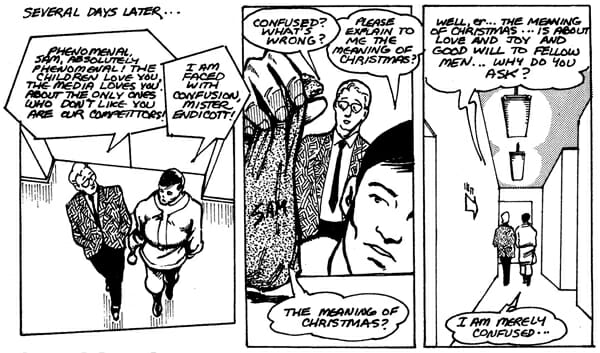 Sam asks the meaning of Christmas

With this in mind, Sam takes the initiative and replaces all the toys with books (titled The Religious Soul) at the store’s giveaway event, pissing off the Kruger’s regional manager: “This isn’t what Christmas is about! It’s about presents and decorations…and more presents.” 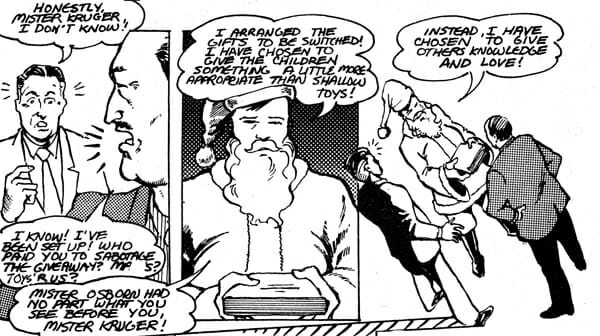 Sam replaces all the toys with books

Evil Santa suddenly shows up and tries to kill people with a crossbow, but Sam stops him, exposing Evil Santa as the regional manager, wanting to increase sales or something. 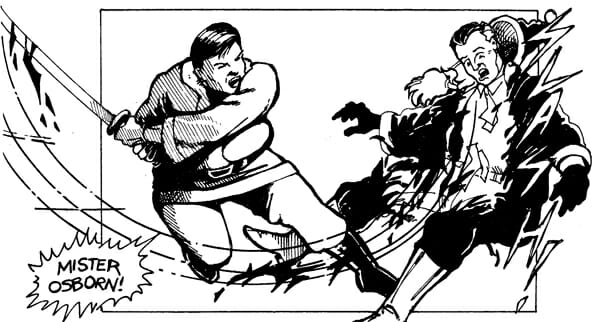 Sam is disgusted by people’s hypocrisy and leaves. 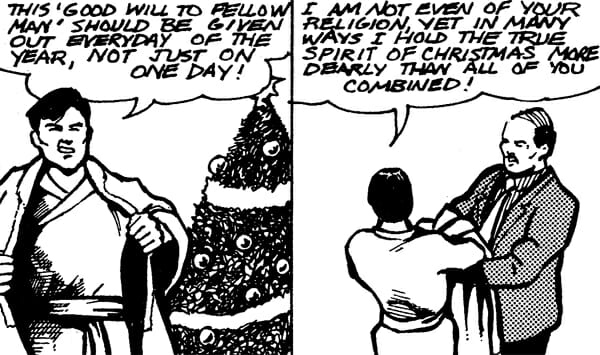 Sam puts up the Santa suit for good

This felt a lot like a television Christmas special, what with the “learning the meaning of Christmas” trope. It’s a fine comic, but not what I was expecting. I just thought there would be more samurai action from something called Samurai Santa, and that it would be a lot funnier than it actually was, but at least it wasn’t totally humorless. 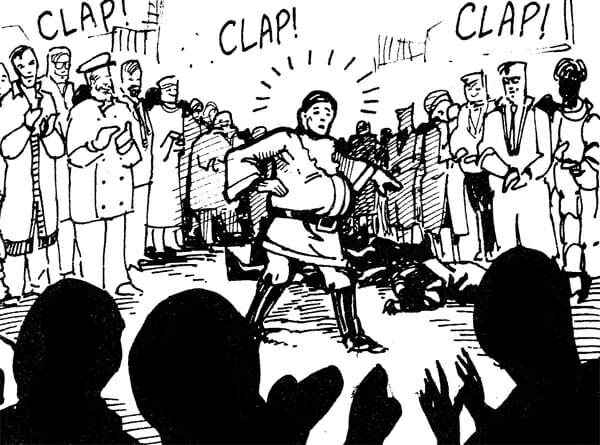 Sam is labeled a hero after stopping the robbery

Sam’s likeable in his pure-heartedness and innocence, and he does his best to do good in the world. I like the (sort of) unhappy ending where he realizes the “spirit of Christmas” is all talk and just leaves, totally disappearing into the beautifully-drawn snowfall. The artwork is great, by the way; cartoony but not too cartoony, and the layout is fantastic. My favorite parts are when there’s a series of panels with no dialogue, just action: 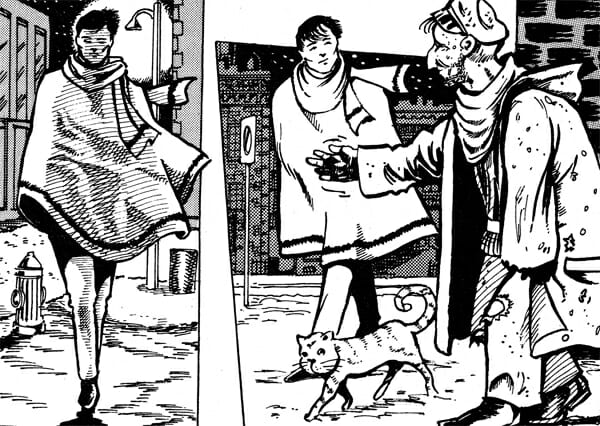 Sam encounters a homeless man (and a cat)

The regional manager’s plan was pretty…well, elaborate, but not well thought out – especially when he starts shooting arrows at people! For one, arrows have nothing to do with Santa, and two, he’s trying to kill potential customers!

Despite being a first issue, like Obnoxio: The Clown and Skateman (among others), this comic is a oneshot and there’s no Samurai Santa #2.

A cute story but I wouldn’t want to revisit it. I am interested in reading more from this publisher, though. Check out these ads for some of their other comics: