Neros veteran robot Bigwayne loses the will to fight and deserts the Empire. 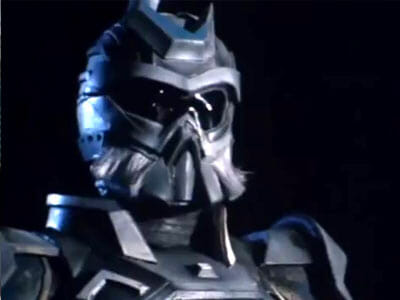 We are introduced to a bearded (!) robot in the Neros Empire, Bigwayne – once a high ranking general in the Robot Army, he has since lost the will to fight and now works as a mere repair technician. Convinced there is no longer a place for him in the empire, Bigwayne makes his escape. Neros catches wind of this and sends his entire Robot and Armament armies after him. 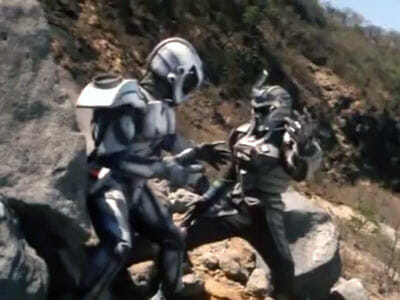 Gochak (remember him from episode 2?) finds Bigwayne hiding in a cave but doesn’t turn him in – Bigwayne was Gochak’s former teacher, and Gochak still has enormous respect for him; he helps Bigwayne in his escape. 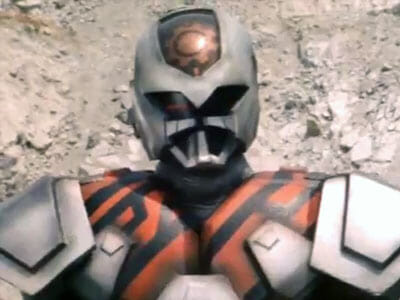 Gochack reports to Valski (commander of the Robot Army) that he was unable to find Bigwayne. However, another robot tattles, saying he saw Gochak helping Bigwayne; Gochack is marked a traitor, put in chains, and sentenced to execution. 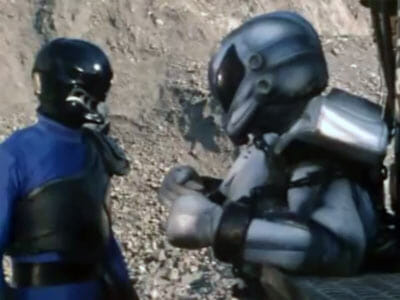 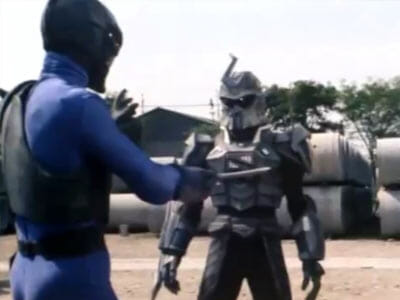 He meets with Bigwayne and asks to be his student so he will be a better warrior. Bigwayne says no, and Bluekid starts fighting him to reignite Bigwayne’s fighting spirit. It works, but Bluekid ends up getting hit with a fatal blow; with his last robo breath, he tells Bigwayne about Gochack’s situation. 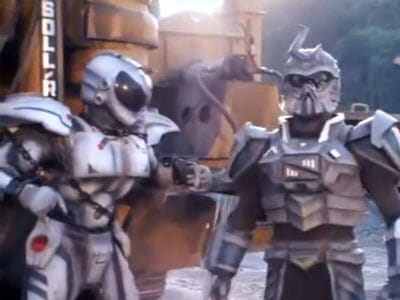 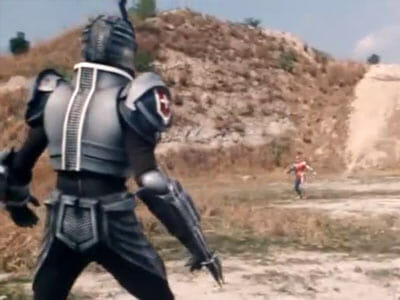 In an open area, Bigwayne calls out Metalder to challenge him. Metalder shows up and Bigwayne puts up a pretty good fight, but ultimately loses (and his death scene takes a very long time). 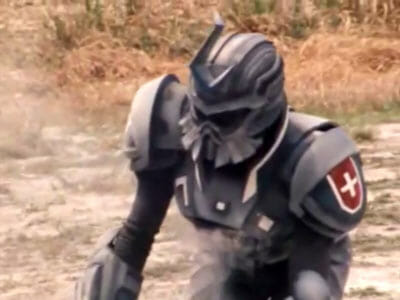 Metalder admits that Bigwayne was the strongest opponent he has ever faced. Valsky watched the battle and was so impressed with Bigwayne’s performance, that he pardons Gochak. 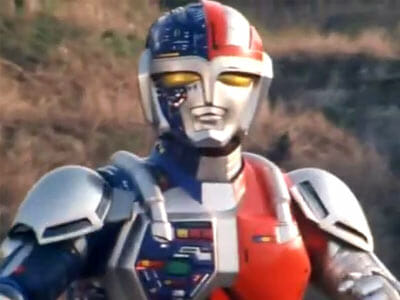 This was an impressive, out-of-the-box episode idea – it was totally from the perspective of the Neros Army. No Ryusei or Mai or anyone else; this was an episode full of people wearing robot costumes. As in episode 9, the Neros warrior we focus on (Bigwayne in this episode) has a sympathetic backstory and we actually want him to defeat Metalder. 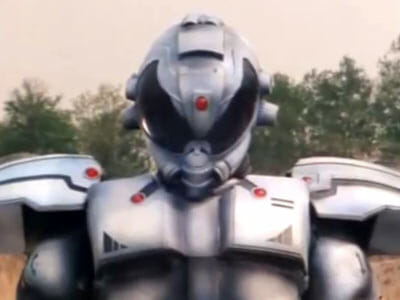 And I was quite surprised that I also cared about the livelihood of Gochak, of all characters. I am constantly amazed at how much emotion the costumed actors in these tokusatsu shows are able to convey simply with their movement!