In a post-apocalyptic future, a scientist transforms five mutants into humans. 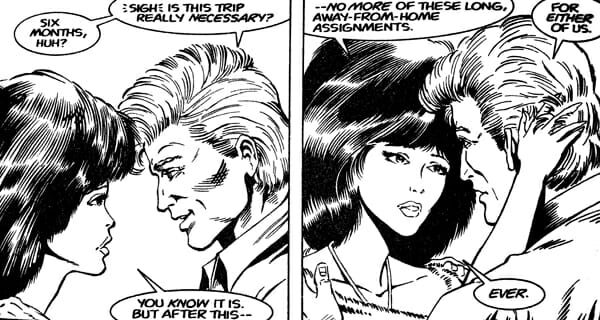 Dr. Alex with his lover

We start off in modern(ish) times with a science man named Alex and his girlfriend/wife. He leaves on a trip, and nine months later – after a nuclear war – the world ends.

Thirty years after the apocalypse, humanity is no more; taking its place, in the remnants of civilization, are mutants. 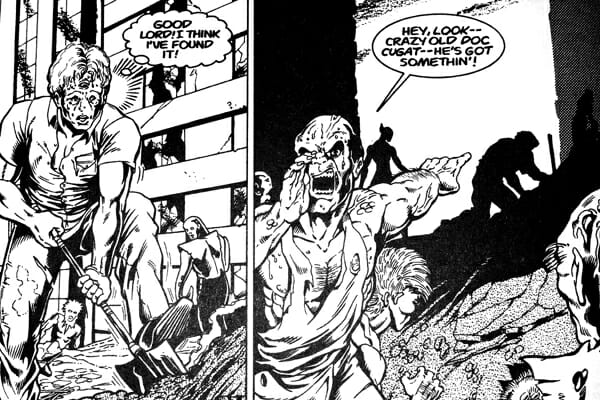 One such mutant, Dr. Emmanuel Cugat (Alex’s son, it seems), selects five young mutants as test subjects. He puts them in a machine that re-sequences their DNA to make them all human. 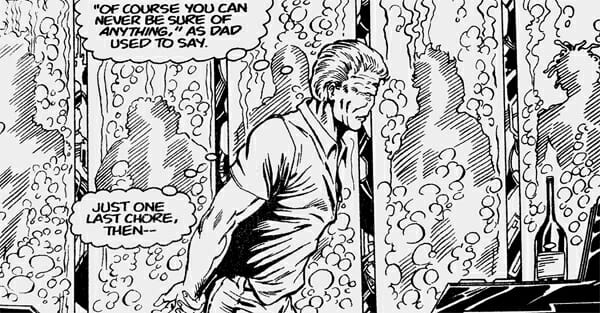 After the experiment’s success, Cugat becomes a father figure for these ex-mutants, showing them books and movies, and teaching them martial arts! These skills come in handy when they get in a fight with some mutants who don’t like their human appearance. 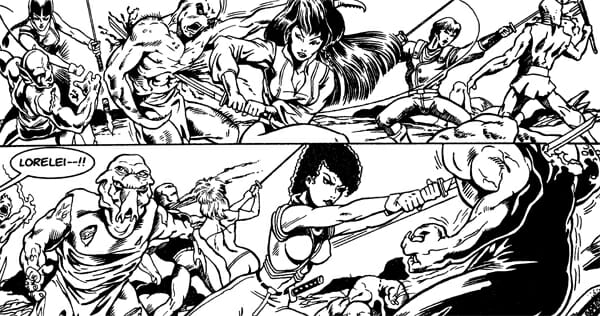 Cugat gives them a car and they drive off, but they crash and are approached by a menacing group of shadows.

Right before they hit something

I enjoyed the spin-off issue of Ex-Mutants I read a couple years ago, so I thought I’d give the main series a try. The first couple pages, showing the downfall of civilization and Cugat wondering if humanity’s worth bringing back are oddly serious and even a bit gloomy. 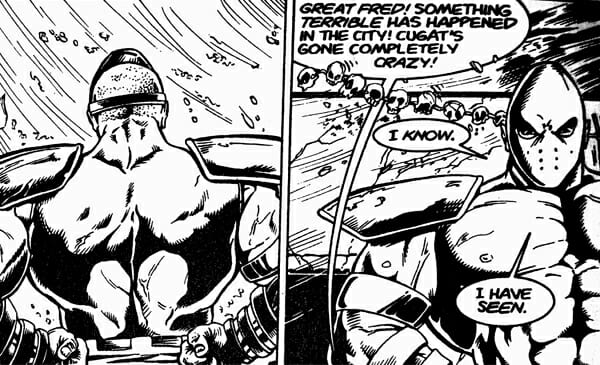 This guy’s straight out of Mad Max

But as soon as the Ex-Mutants are introduced, the comic gets a lot more light-hearted, with characters caring more about breaking their nails than the whole downfall of civilization thing. It’s actually kinda fun, and this levity is what drew me in to the series in the first place; I also dig the black and white art and fight scenes.

The comic is definitely aimed for a teenage male audience, though. Nearly all the women in this comic are shown wearing scantily clad outfits, have nipples poking through their shirts, and want to sleep with the male protagonist (self-insert character?). Eyeroll-inducing at best, sexist at worst.