Bloodseed was a 2-issue mini-series (that was probably supposed to be more) published by Frontier Comics, an imprint of Marvel UK, in 1993. The series is about a barbarian couple named Lysander and Ellissya – he wears nothing but a metal helmet and a loincloth, she wears…nothing. They were once rulers of a place called Elysium, but they’ve lost their memories, save a few fragments. 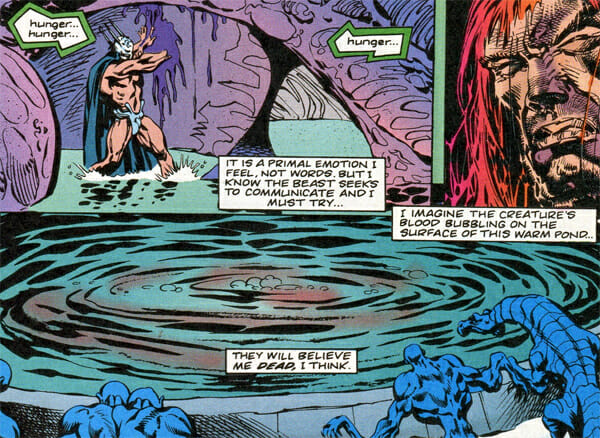 As Lysander fights a Cthulhu-looking monster in a labyrinth, Ellissya is literally left out in the cold (and yes, she’s still nude).

You forgot your coat!

She climbs a tower and makes it inside, reaching Lysander and saving him from another, non-Cthulhu monster. 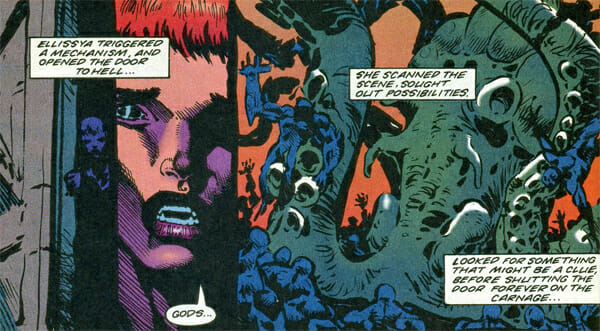 Oh look a…whatever that is

This is where things get weird(er). There are talking, technologically advanced apes here who seem to know what’s going on. 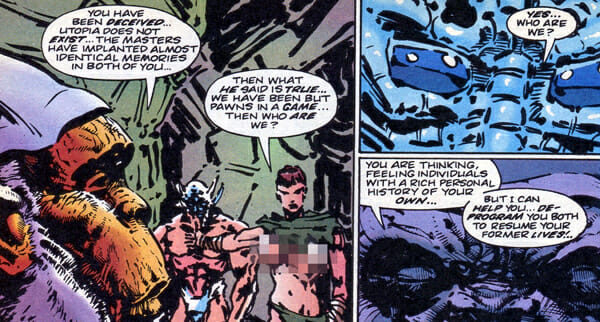 They say they can help get the barbarian people’s memories back, but Ellissya doesn’t trust them. Frankly, she’s rude about it. 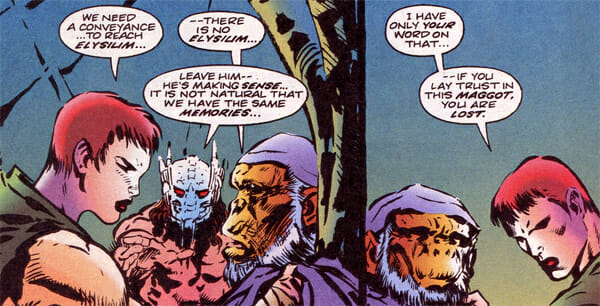 She attacks a beast man while a helmeted ape looks on saying “good, the Bloodseed will be ours.” He messages a cyborg dinosaur man in a space ship and invites him over to Earth.

Yet another ugly ’90s comic that doesn’t make any sense, like Shadow Riders and Sisters of Mercy. My friend unloaded these comics on me, and now I see why. This one, like the others, was hard to follow and filled with “what the hell?” moments. It got to the point where I just started skimming all the words – it’s not like they’re going to help me understand what’s going on!