Sisters of Mercy was a short-lived (five issue) comic created by Mark Williams and Rikki Rockett, published by Maximum Press. No, it wasn’t about the band The Sisters of Mercy – it was about two vicious cyborg sisters named Malina and Mariah who, well, from what I gather, kill bad people. 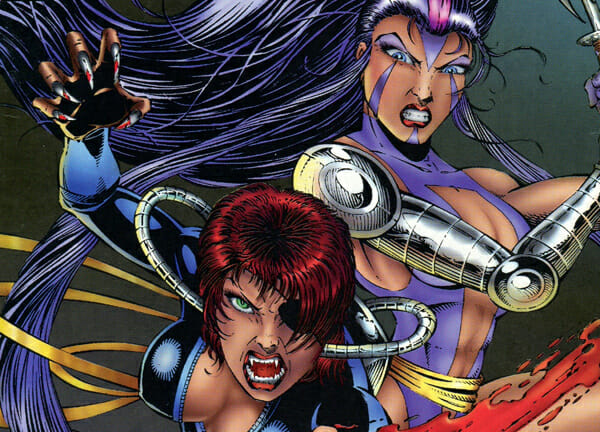 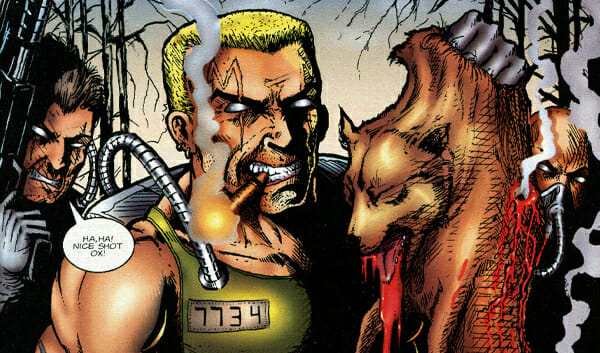 These guys are obviously assholes

A group of escaped prisoners go around some place hunting animals.

This pisses off the two sisters, who turn the tables and start hunting the hunters. They kill all but one: the leader, Oxnard, who sorta looks like Duke Nukem.

Sharing quips during the carnage

Elsewhere, at Mercy Island Correctional Facility (where the escaped prisoners came from), a meek man named Buster looks for someone named Dr. Death. I’m not sure if this guy is a prisoner too or if he just works there, but he’s the main villain of this comic – he’s obsessed with cybernetics and experimenting on people. 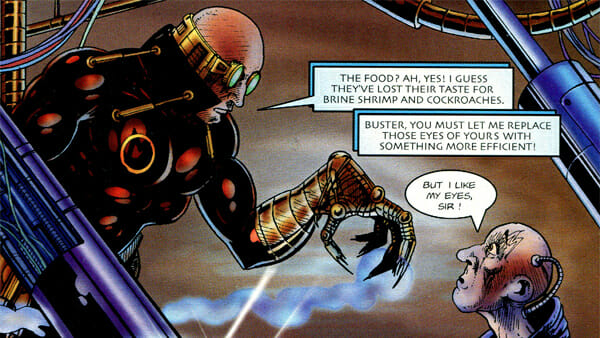 We return to the sisters, who are in the middle of bathing. They interrogate Oxnard, but he doesn’t give them any information, so they put him on a boat and push him out to sea.

Another bad ’90s comic full of shoddy artwork, with excessive violence and gore (Dr. Death removes someone’s face!), starring buxom protagonists doing sexy poses during all their murderous rampages. If all that stuff served the story, that’s one thing, but it’s only in this comic for superficial reasons.

It’s like Sisters of Mercy was created by a teenager wanting to make a comic for adults, but only included sex and violence and not, you know, likeable characters or a mature, attention-grabbing story – sort of like what happened with the first season of Torchwood.