A 1957 courtroom drama film (based on the 1925 Agatha Christie play of the same name) about a man accused of murder and the barrister who must defend him. 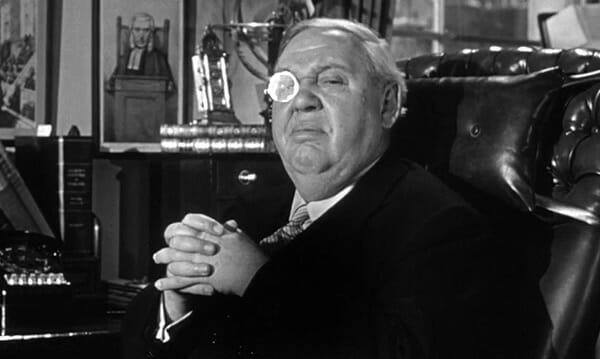 Sir Wilfrid using his monocle as a lie detector

The focus of this film is on the barrister, Sir Wilfrid Robarts, who is masterfully played by Charles Laughton. He’s just returned to his office after taking time off due to ill health. 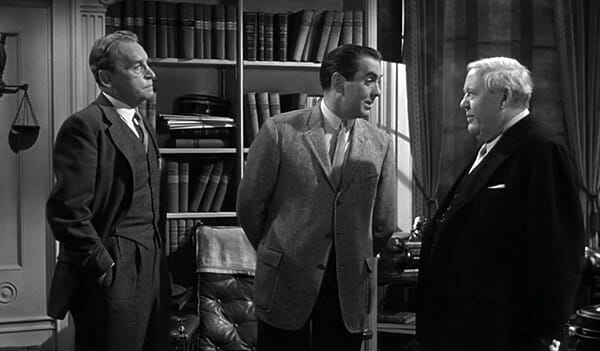 He’s immediately presented a case about a man named Leonard Vole who’s suspected of murdering his rich lady friend who he used to hang out with all the time. 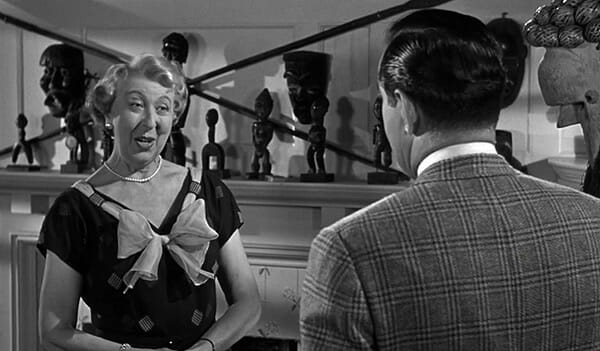 The woman Vole is accused of murdering

We get some courtroom scenes: they first hear testimony from a police officer, then the rich woman’s housekeeper, then finally Vole’s wife, Christine. 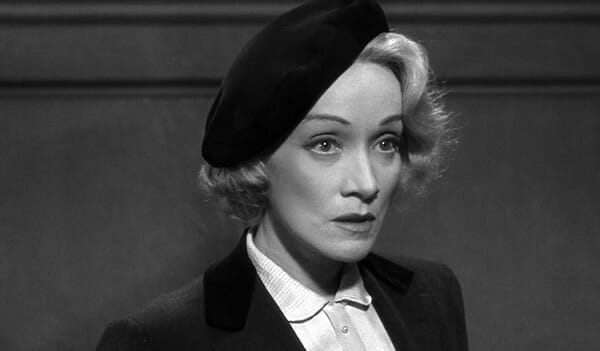 She’s an interesting one because she recants what she previously said in Wilfrid’s office – that her husband is innocent – and now says he murdered the old woman. Vole keeps screaming at her: “Why are you lying?” but she’s cool as a cucumber. 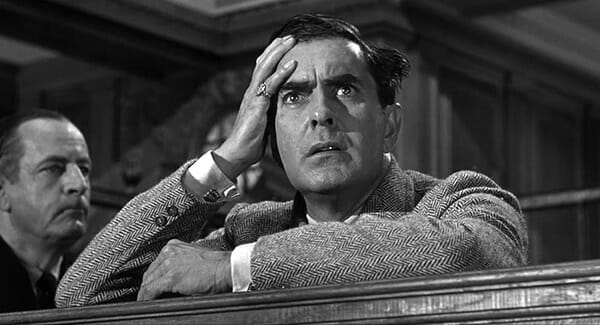 Vole gets stressed out watching his wife’s testimony

Things look bad for Vole until Wilfrid gets a surprise message from a mysterious informant ho provides letters that debunk Christine’s testimony. 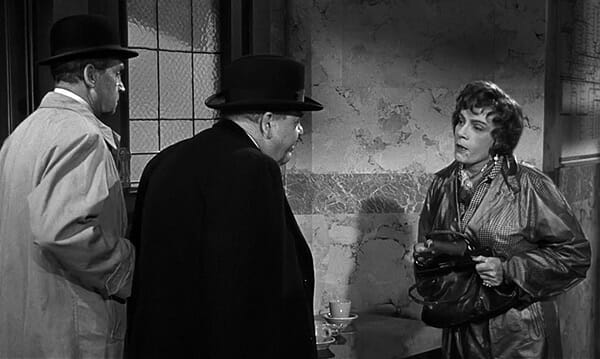 Wilfrid and his associate meet with the informant

This will be the one time I won’t spoil the ending because the end credits specifically told me not to. It’s like a blood contract. 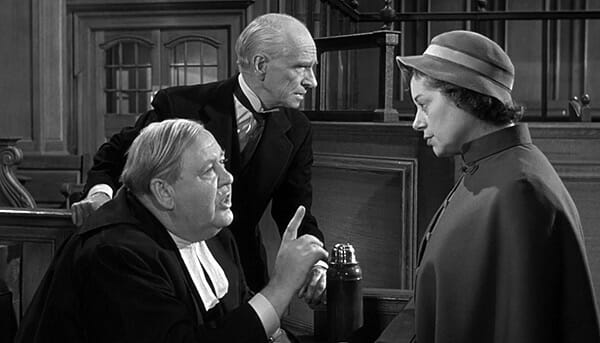 A fantastic film!  There’s a reason why it’s a classic: the acting, the dialogue, the suspense – it’s all enough to make you want to pretend your hand is a physical representation of the film so you can kiss it over and over again. 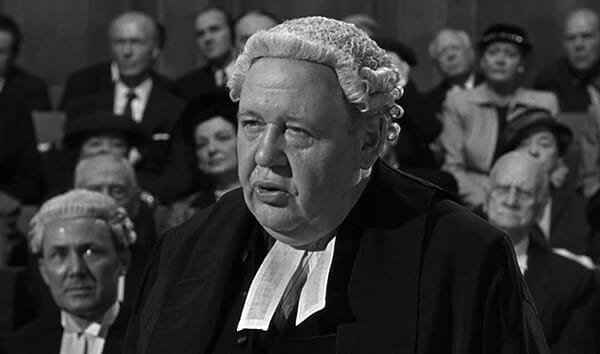 The play itself was pretty good, but the film actually improved on the source material, fleshing out some of the characters (particularly Sir Wilfrid and Leonard Vole) and giving us a cute flashback scene showing how Leonard met Christine. 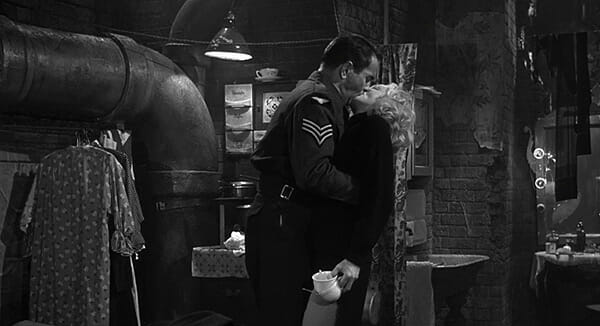 The final scene is also a vast improvement on the play, which just – bam – ended and that was it. Here, a bit more is added on, and it’s much more satisfactory. Amazing how just a few more minutes and dialogue is all that as needed to make it better. 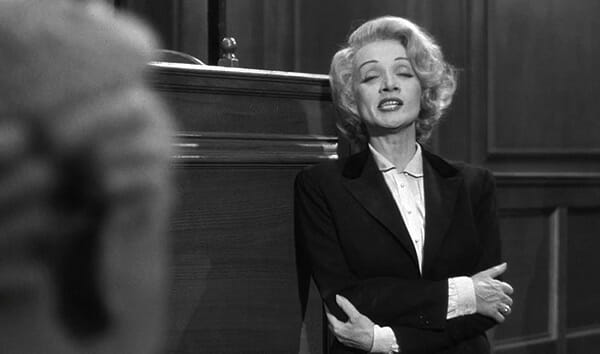 Sir Wilfrid and Christine chat after the trial

The film also did a pretty good job of balancing drama with plenty of comedy, which was also absent in the play; Charles Laughton is a master of comedic timing, and the scenes of Wilfrid trying to escape and outwit his pesky nurse (played by his real life wife!) are a hoot.