Based on the popular video game series of the same name, this anime series follows fresh-faced lawyer Phoenix Wright through the trials and tribulations of the legal system. 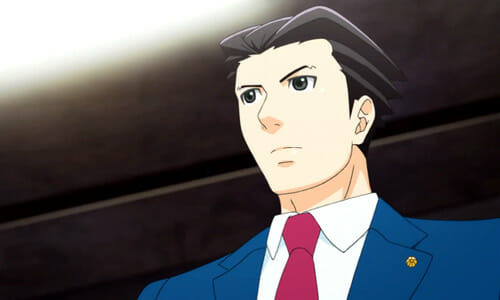 Newly minted lawyer Phoenix Wright represents his childhood friend Larry Butz, who’s accused of bludgeoning his ex, Cindy, to death with a statue of The Thinker. 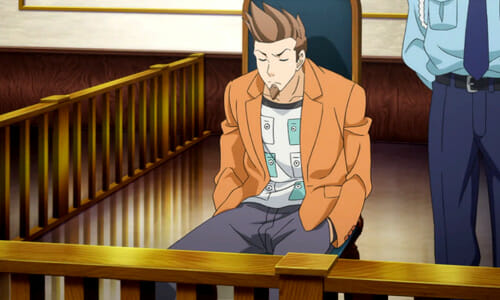 Larry Butz is accused of murder

An eyewitness named Frank Sahwit testifies that he saw Larry leave Cindy’s apartment after the time of death. Things aren’t looking good for Larry so far. 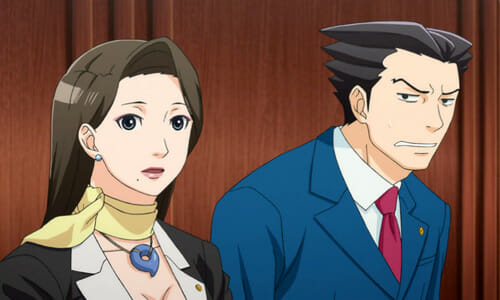 Not off to a good start

However, Wright’s mentor Mia, who serves as 2nd chair on the case, advises Wright to think deeper and question everything. “An attorney can only laugh when times are desperate!” she advises, “Don’t give up until the very end.” 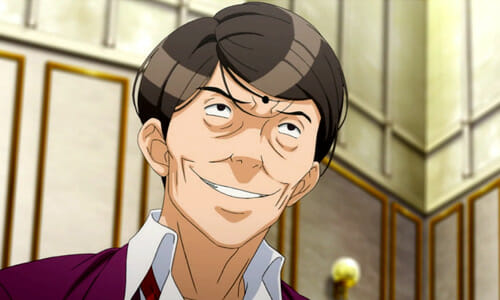 Frank thinks he can get away with murder

Wright finds a hole in the testimony: Frank swore the time of death was 2:00, but it was actually at 4:00. What sinks Frank is the fact that he knew the Thinker statue was actually a clock that reads out the time when its head is twisted. Which means he used it to kill Cindy and heard it say “2:00.” 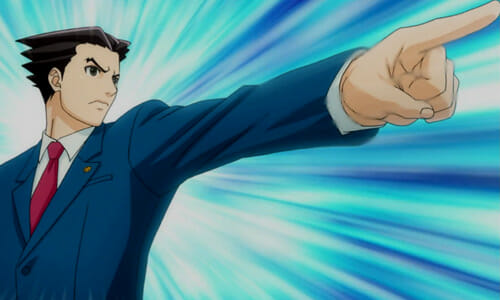 And the reason the statue called out the wrong time was because she recently took the clock on a trip to New York and hadn’t gotten around to changing it back to Japan’s time zone. 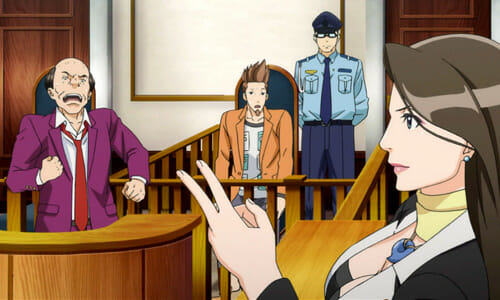 Frank is proven guilty of the murder; Cindy caught him robbing her apartment and killed her for it. Larry is set free and gives Mia a spare Thinker clock he made as thanks. 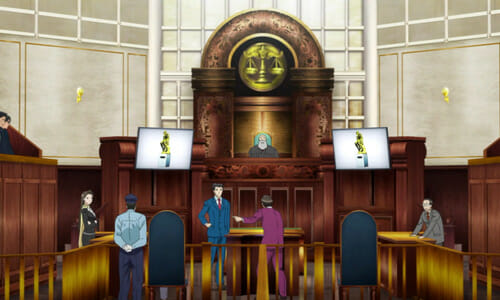 Story-wise, Ace Attorney is a straight adaptation of the game, so if you played it, there won’t be any surprises. The trial in this episode felt compressed and went by too quickly, but it was also short in the game. The majority of the cases in this show are 3-parters, so maybe the pacing is a bit better in subsequent episodes. 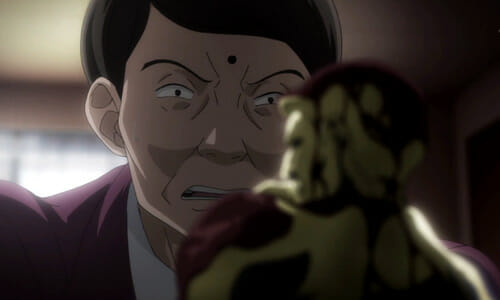 A flashback of the murder

While the series often times deals with serious cases involving murder, the overall tone is very comedic and fun, with memorable and quirky characters. It’s very similar to the Detective Conan series in that regard. 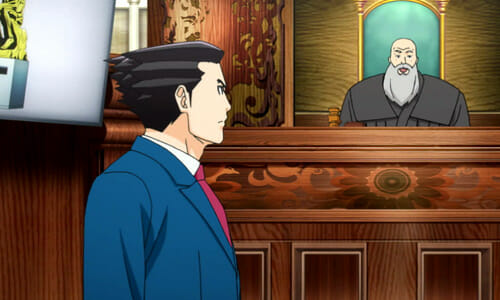 The judge speaks to Phoenix

Ace Attorney mimics the look and feel of the game it’s based on with perfect precision: Key animations from the game are remade, character portraits of Wright and the prosecutor appear on either side of the screen before cross-examination, and much to my delight, a lot of the music from the game is recycled and revamped for use in the show. 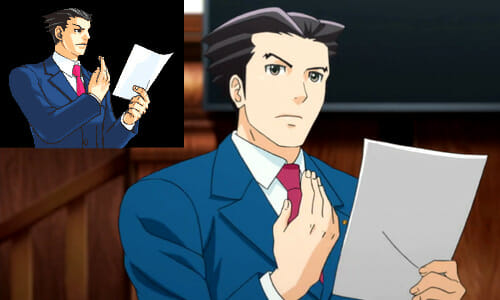 Key animations from the game are remade in the show

There are a lot of moments involving characters screaming excitedly, exaggerated reactions, and fervent posing, among other things. Those with experience watching a lot of comedic anime will be used to this, but it may rub inexperienced viewers the wrong way – especially those looking for a legal show grounded in realism, which this is not, but that’s perfectly fine.