A 1950 film directed by David Lean based on a true story about a murder trial that took place in 19th century Scotland. A young, upperclass woman named Madeleine has just moved to Glasgow with her family. Her papa’s trying to hook her up with a nice guy named Mr. Minnoch, but she’s really in love with a sleazy-looking French guy with pointy sideburns named Emile. They have secret nightly meetings where they chat and make out. Time passes and Madeleine puts on a show of entertaining Mr. Minnoch’s advances (for her father’s sake), while secretly continuing her relationship with Emile. She desperately wants to marry him, but knowing it would destroy her papa, asks Emile if she can elope with him. 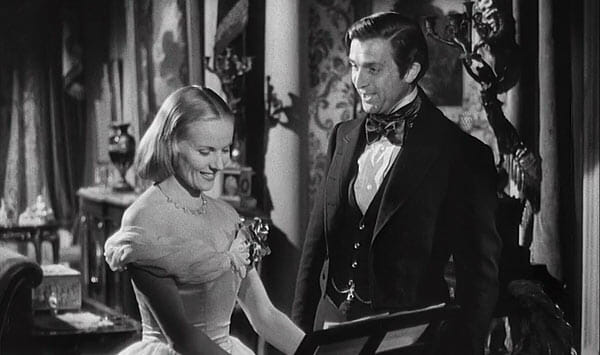 Despite wearing fancy outfits, Emile is actually quite poor, and he tells Madeleine that he’d rather marry into her lifestyle and not the other way around. 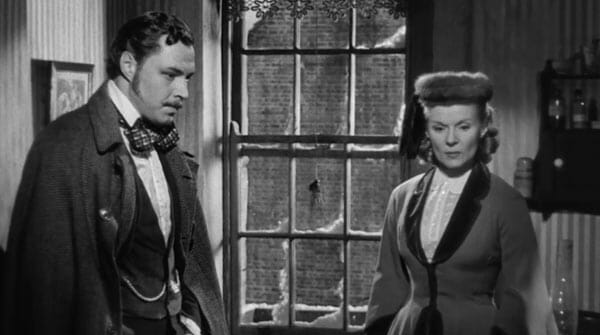 Emile and Madeleine have an argument

They get in a fight and breakup; she asks for him to return all the love letters she wrote during the course of their relationship (so he can’t use them to blackmail her), but he refuses, gets nasty and starts acting like a jerkass. 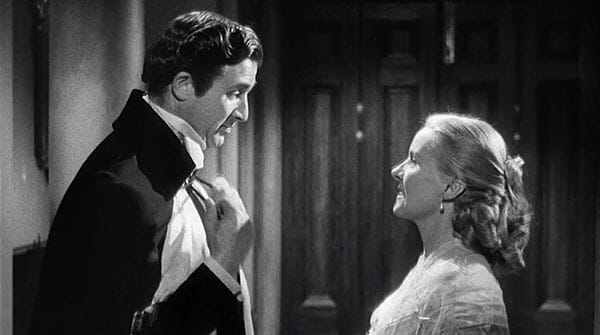 Minnoch and Madeleine get engaged

So then she just starts pursuing Mr. Minnoch for real, and at a ball, she tells him it would be cool if they got married. But, uh oh, Emile watches them off in the corner like a creepster. 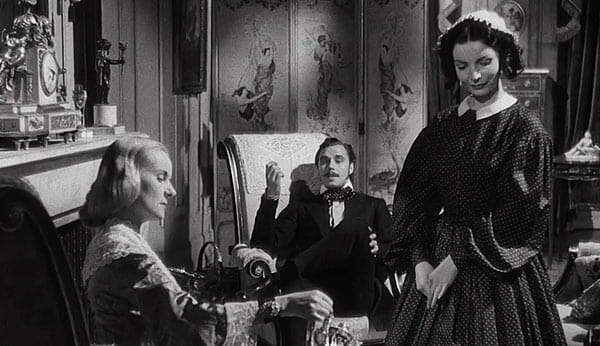 We see Madeleine trying to acquire poison and she ends up getting arsenic. Then she invites Emile over for hot cocoa while her parents are out – the next day, he gets sick and dies! 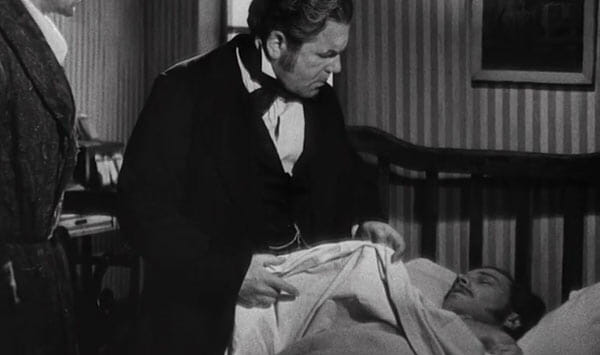 Madeleine is arrested on suspicion of murder and is put on trial. The truth comes out that she was seeing Emile, and Minnoch leaves the room. Looks like the engagement’s off. From what we’ve witnessed in earlier scenes, it seems pretty obvious she killed Emile, right? But her lawyer gives a good argument that casts doubt, that maybe all the evidence we’ve seen was circumstantial. So in the end, she gets a verdict of “not proven,” and is released. 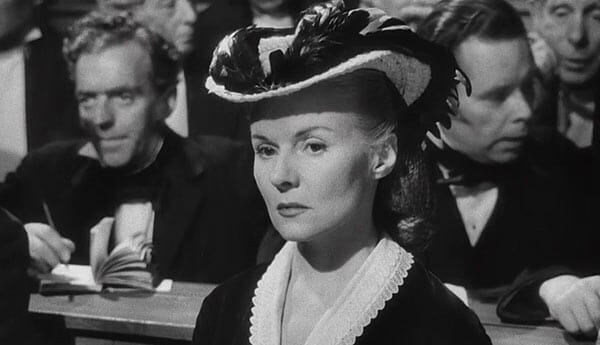 An entertaining little picture that has something for everyone: relationship drama, family drama, legal drama. It’s not like Lean’s epics that he was known for later, like Dr. Zhivago and Lawrence of Arabia, but it was still a well done film with memorable shots, like Emile’s cane falling down in one scene, with good use of light and shadows. 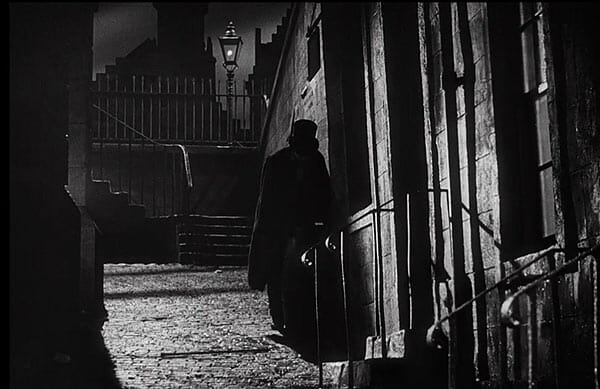 I was a bit disappointed by the ending. I know they left it ambiguous on purpose for historical accuracy and such. That’s fine. But we didn’t really get any closure or a concluding scene of her with her family or showing what’s going to happen with her and Mr. Minnoch. We don’t really have any idea of what happens next. It’s a minor issue, however, and the rest of the film was an enjoyable watch.