The immortal Adaline must decide whether to continue running and hiding from people, or finally start living her life. “Who wants to live forever…when love must die?” – Queen

Adaline, played by Blake Lively, was born in 1908. One snowy night, shortly after her husband died, she was in a car accident, fell in ice cold water, then got struck by lightning. Since then she’s become ageless, essentially immortal.

She’s been on the run, afraid of getting caught and experimented on by the FBI, and has lived a low key life, periodically moving and changing identities. Now, in modern times, Adaline – going by Jennifer – works in a library, while occasionally hanging out with her daughter (now older than she is) and going to parties. 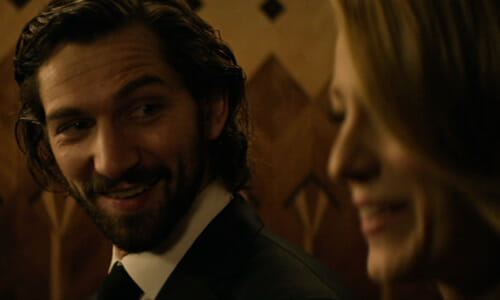 Ellis “charms” Adaline in the elevator

At one such party, Adaline meets Ellis (played by that one bearded guy in Game of Thrones), who instantly falls for her and uses tons of pick up lines while following her around everywhere. I thought he was kinda creepy, but she gradually accedes to his efforts and they date.

Adaline starts developing feelings for Ellis but is hesitant to open up to him because of her strange life. 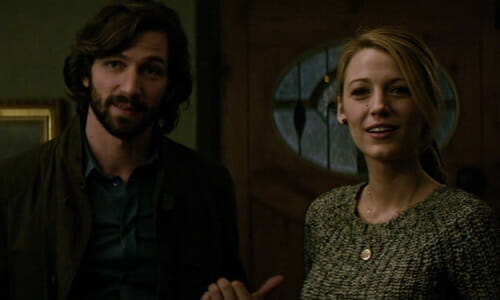 Ellis introduces Adaline to his parents

Ellis takes Adaline over to his parents’ place to meet his family – mom, dad, and sister. As soon as Ellis’ dad (Harrison Ford) lays eyes on Adaline, he gets weird. We learn that he once dated Adaline, back when he was a youngin’, and was going to ask her to marry him, but she stood him up. Adaline lies to him, saying she’s Adaline’s daughter, then proceeds to win at Trivial Pursuit.

The next day, Adaline and Ellis’ dad go out for a walk. He notices a scar on her hand that he knew Adaline had and confronts her about it. She becomes upset, as she realizes she can no longer keep up the charade, and tells him everything, then gets in her car and drives away. 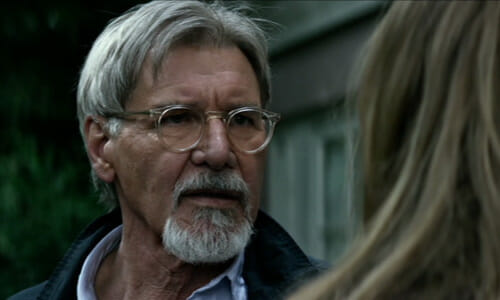 It starts snowing, and Adaline gets in another car accident. Ellis and the paramedics find her and jolt her back to life with a defibrillator.

When Ellis later visits Adaline in the hospital, she finally opens up and decides to tell him all about her immortality.

We move forward about a year, and Ellis and Adaline are still dating. Adaline notices her first grey hairs – the second car accident made her mortal again. 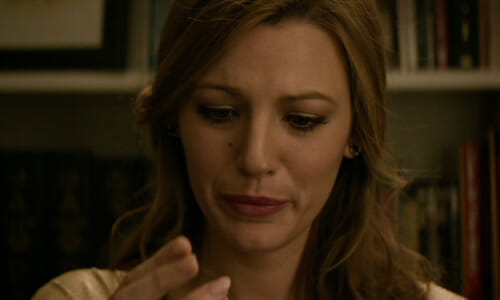 Adaline finds a shade of grey

It was just okay. The story felt a bit like a Hallmark or Lifetime romance film. It was hard to buy the relationship between Adaline and Ellis because it all happened so fast. Did Adaline find Ellis’ awful pick up lines and stalker tendencies endearing?

The first half of the film is pretty slow and takes an hour to pick up, but it reminded me of Highlander, with all the flashbacks popping up periodically to give Adaline some backstory on what she was doing in all her years alive. Adaline and her elderly daughter reminisce

There were some silly scenes, and the recipe for immortality was kinda dumb – fall in water on a snowy day and get electrocuted. Don’t try this at home.

The Random Cameo Award goes to the guy who played Balleseros in Helix. He’s in the party scene early in the film, where he uses an awful pick up line on Adaline. 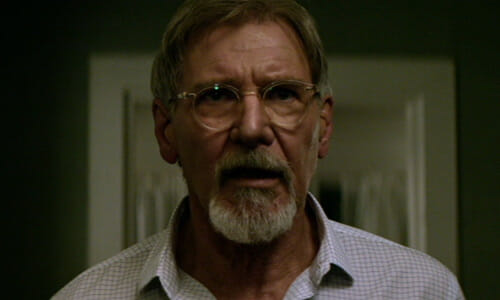 The best part, hands down, is Blake Lively’s acting. She nailed the role in her voice and mannerisms, while also giving off an aura of classic glamour. Harrison Ford also did pretty well, though I wouldn’t say he was essential for the role (probably just stunt casting). That said, he wasn’t monotone or bored, as in some of his other recent roles, and this is the best I’ve seen him act in a long time. 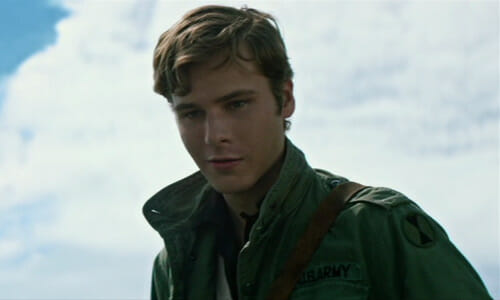 Let’s talk about the flashback scene where we see a young Harrison Ford. He was played by Anthony Ingruber, who got the role based on a YouTube video he made showcasing his extremely good Harrison Ford impressions.

When I first saw the scene, I have to admit I thought he was CGI – a digitally youngified Harrison Ford. But I still think there’s something off and uncanny valley-ish about his face. Maybe Ingruber was digitally manipulated to more closely resemble Harrison Ford the same way Joseph Gordon-Levitt was subtly turned into Bruce Willis in Looper?

Overall, this film is fairly inoffensive. There are way better fantasy romance films, but this will do in a pinch. It’s a good film to watch on a Sunday morning or when you’re sick in bed.