Haley Joel Osment wants to go back in time to save his father’s life…but should he? 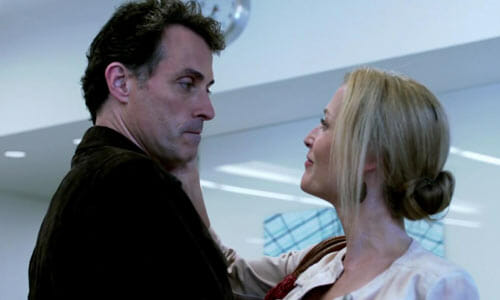 Haley Joel Osment stars as Erol, a genius college student whose father Gabriel mysteriously disappeared while on a business trip twelve years ago. Gillian Anderson stars as Marika, Erol’s mother, who is distraught over her husband’s disappearance and can’t take care of herself. 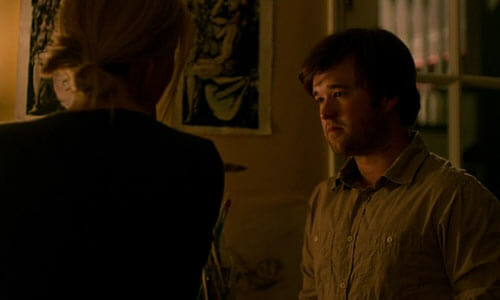 Erol and his mom

Erol learns from his grandfather that Gabriel had been studying quantum mechanics – time travel – before his disappearance. It seems Gabriel went back in time to ask Einstein a question, but was killed by muggers (as an old newspaper clipping reveals) before getting the chance. Erol starts studying his father’s research hoping he can go back in time and save him. 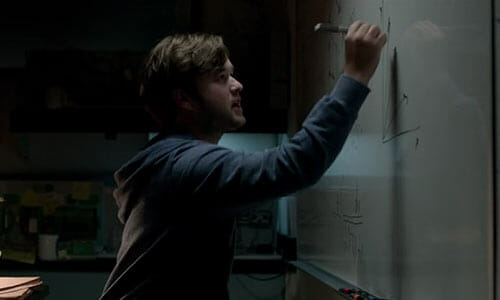 Lots of writing on boards in this film

At first Erol doubts whether he should go back and fix things, but fully embraces the idea after his mother dies of drug overdose. Erol also has difficulties with his girlfriend, who’s afraid that if he alters the past, they won’t be together anymore. Then she has a miscarriage; now he has nothing to lose by going back. 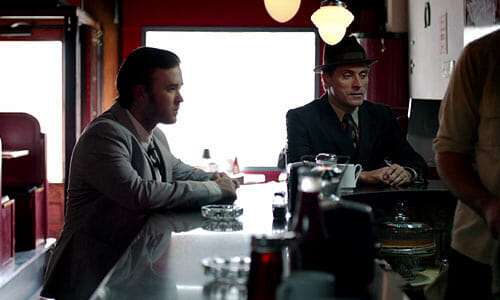 Erol finally meets his father in the past

Erol finally gets the whole time travel thing figured out, and is able to use a machine to go back to the 1940s. He meets his father (played by Rufus Sewell), and after stalking him awhile, reveals himself as his son. 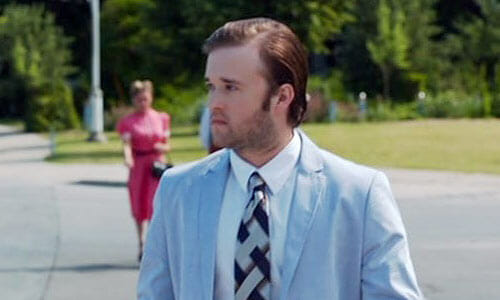 Erol dressed incognito in the past

They go to a basement where Erol tries to warn Gabriel that being a workaholic is bad and that family is important. Gabriel thinks he can balance the two, and wants to continue exploring the time travel thing, but Erol gives his ultimatum: “Go back now and remember the man I became because of your choices,” he says before shooting himself in the head.

Gabriel returns to his family and all is well. 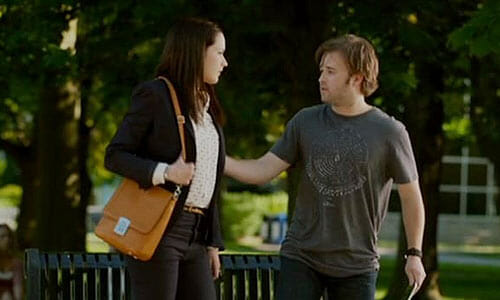 Erol and his girlfriend

This film was charmingly low budget and didn’t have to rely on extensive CGI or action sequences to get its point across. The highlights were in the numerous discussions and debates sprinkled in the film on the ethics of time travel and changing the past for personal gain in the present. Not since Stargate Continuum have I seen a film where a character doesn’t want their timeline erased, even if it is the “wrong” timeline, and it was nice to see. 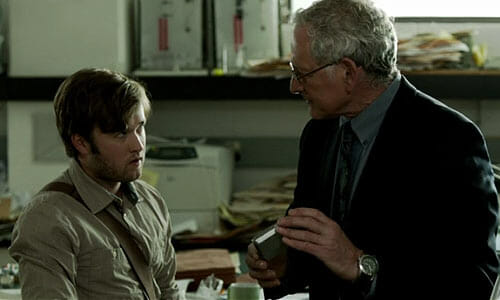 Erol and his grandfather talk about time travel

One thing that bugs me, though, is that the easiest and safest solution would be for Erol to bring Gabriel back with him to the present. Of course, it wouldn’t bring back Gillian Anderson, but at least it would cause the least amount of ripples in the timeline. 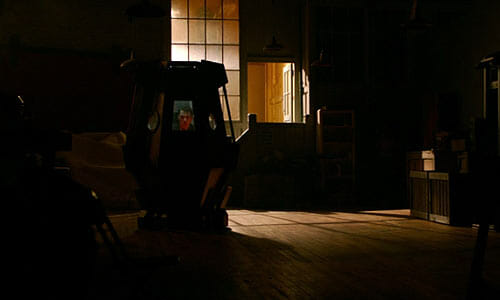 Gabriel in his time machine

There were a few slow scenes in this film, which is ironic considering I felt the ending went by very quickly, almost as if the writer or director was told to wrap things up.

Gabriel going back in time just to ask Einstein a question was a little dumb. Considering the dangers of interfering with the past, which he knew, couldn’t he have asked Stephen Hawking instead? He should have gone back in time for another reason, like wanting to witness a pivotal historical moment he was obsessed with (from the sidelines of course).