Gunbuster is a 6 episode OVA, a sci-fi/mech anime from the ’80s; I don’t have to see a single frame to know that I already like it. The problem is that it’s hard to find right now, and that this compilation film – made from taking the 6 episodes and whittling them down to 90 minutes – is currently the most readily accessible form to consume the series. 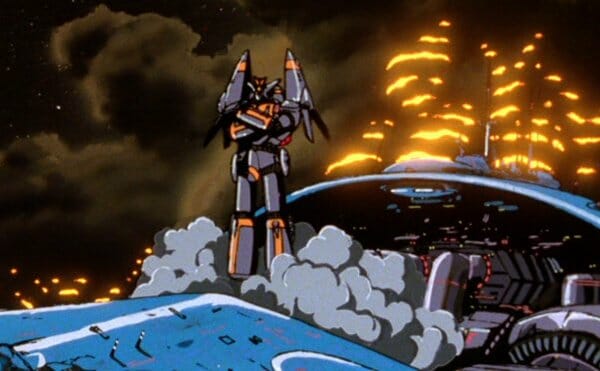 In the near future (or past, considering the first scene of the film takes place in 2015), Earth is at war with alien insects. At a mech academy, our protagonist Noriko is selected to pilot the best robot of them all: Gunbuster. With Kazumi, her co-pilot, Noriko fights the aliens, earns victories but also suffers losses. 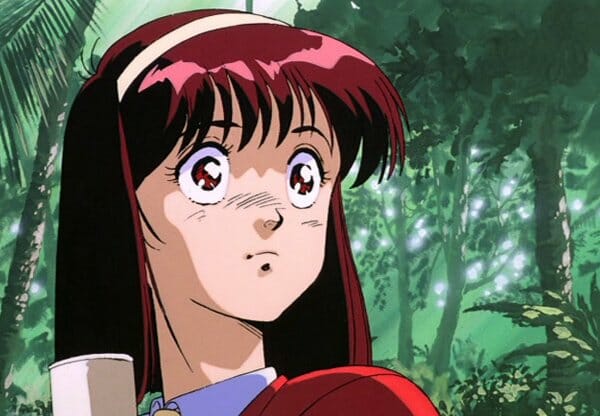 Now here’s where the story gets interesting. Because our heroes are constantly traveling near the speed of light, they experience time dilation; the minutes and days they experience in space translates into months and years on Earth. So, for example, Noriko’s school chum at the beginning of the film becomes an elderly woman by the end. 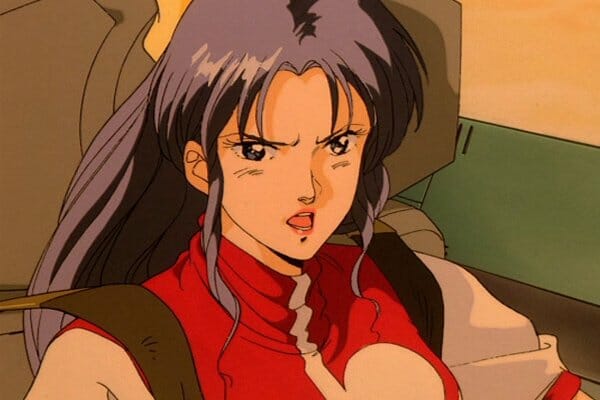 The final act of the film takes place 15 years later (the film shifts into black and white), and the two Gunbuster pilots assist a fleet of Earth ships in detonating a large black hole thing in the middle of alien space. However, because Gunbuster sustains heavy damage in this battle, it takes Noriko and Kazumi 12,000 years (objective time) to get back to Earth. In the final scene, the cities of a now unrecognizable Earth flash the words “Welcome Home.” 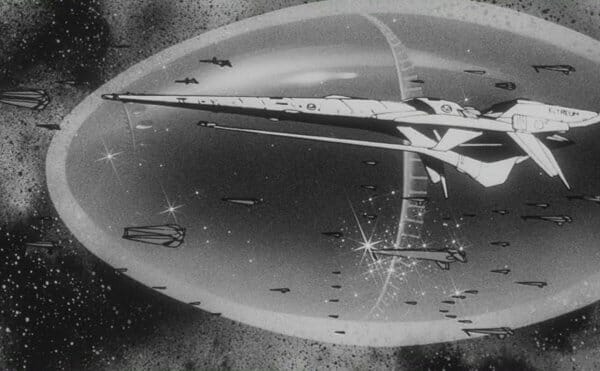 I had seen a lot of reviews saying Gunbuster: The Movie is the worst way to experience the series, that all the cuts make it a confusing mess and it’s best to avoid it altogether. But I didn’t find it as confusing or as “bad” as I was led to believe. I still got the gist of the story, and unlike other anime compilation movies I’ve seen (like the first Space Battleship Yamato movie), they didn’t cut major character moments and make it an all-out action fest. 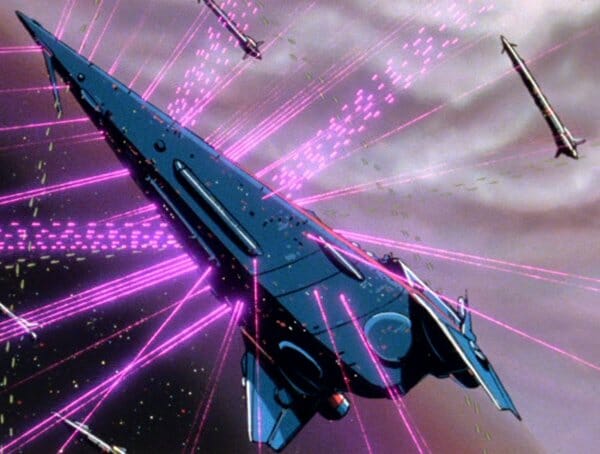 Humanity is at war with space bugs

The fact that the series had only 6 episodes definitely helped, and meant most of the show’s footage ended up being preserved in the film. What wasn’t included, from what I understand, were primarily scenes that developed the supporting characters, but their loss wasn’t too noticeable and didn’t dampen my enjoyment. I think watching this film instead of the series is akin to watching the theatrical cuts of the Lord of the Rings films. They’re totally fine, but after you see the extended versions, they feel incomplete. 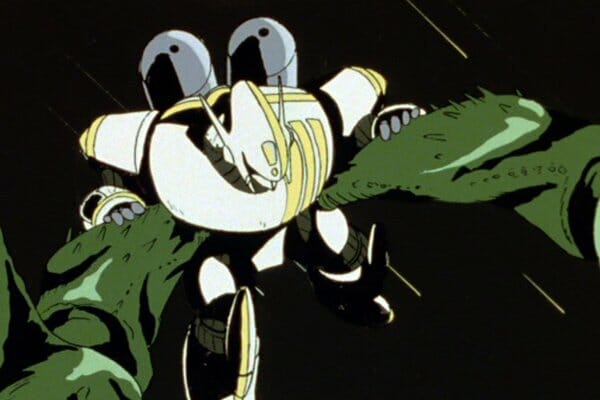 Given it was originally a high budget OVA, the artwork and character designs are fantastic and deliciously ’80s (think Macross). The starship designs for both the humans and aliens were fine, but I wasn’t thrilled with the mechs. Gunbuster, especially, felt like more of a super robot-type mech, both in design and execution, rather than one belonging to the “real robot” genre. 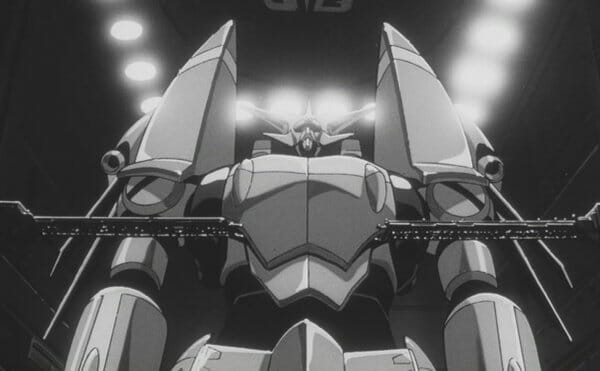 Gunbuster gets ready to go for one last ride

The aliens aren’t really important, since the focus of this film is on the human drama, but I would have at least liked SOME backstory, or how the war with them even started (maybe it’s in the episodes?). But overall this is a pretty solid piece of work with gorgeous animation, and the time dilation aspect makes it really unique. I imagine Gunbuster‘s original, 6 episode form is even better.