Matango, released in the US as Attack of the Mushroom People, is a Japanese horror film directed by Ishirō Honda (of Godzilla fame) and released in 1963. Based on the short story The Voice in the Night, it told the tale of a group of people arriving on an island populated by mushroom people. 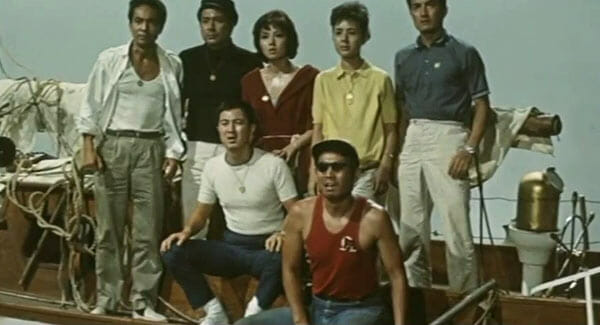 A yacht containing an eclectic group of people (such as a writer, professor, singer, among others) gets caught in a storm. 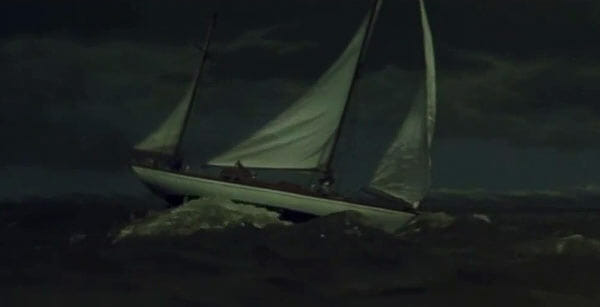 The yacht gets caught in a storm

The next morning, their damaged ship drifts to a mysterious island full of mushrooms. After lengthy scenes of the group exploring the island, they come across a derelict ship covered in mold and shit. What happened to the crew? 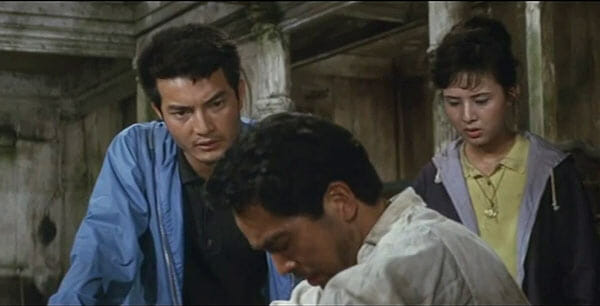 There’s a lot of squabbling among the group as they slowly go mad from hunger and stress.

The writer and singer turn against the others and eat the mushrooms, causing them to start transforming into “mushroom people.” The fate of the derelict ship’s crew, as we learn (and see). 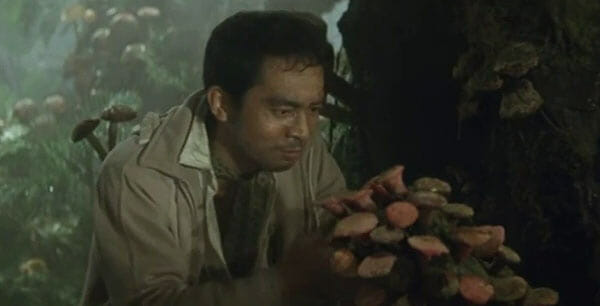 Don’t eat them! (He eats them)

The remaining people from the yacht either get killed by the mushroom people or become mushroom people themselves. The main guy, Kenji, manages to get off the island and return to Tokyo, where he tells his story.

She just can’t take it anymore

But in the very last scene, we see he’s becoming a mushroom person himself: “Tokyo is not very different from that island,” he says. “People in cities are cruel, aren’t they? It’s all the same. I would be happier living on that island than in this city!” 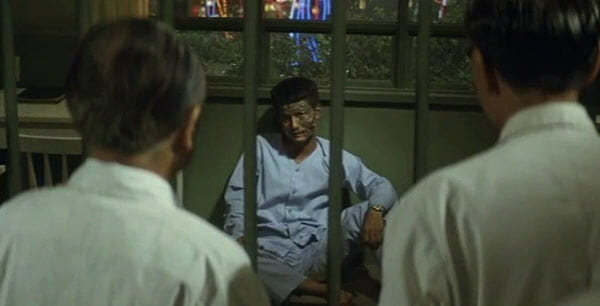 He’s one of them!

Incredibly atmospheric; a dreary setting filled to the brim with creepy moments and an ever increasing sense of tension. I loved how the monsters were introduced very slowly – first we only catch glimpses (which made me question for awhile if that’s all we were going to get!) and we don’t actually get a good look at one until halfway through. 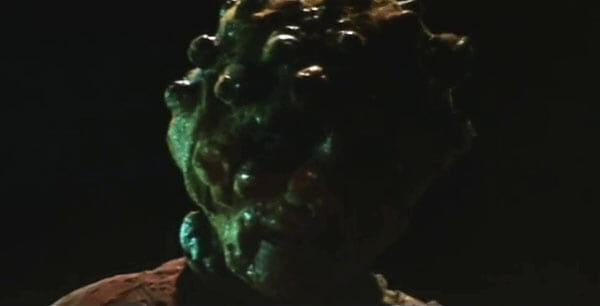 Watch out for this guy!

The pace got too slow at times, though, and the ending was abrupt and hinged entirely on the surprise reveal, as if no one could think of a better way to end the film. But the special effects were fantastic, from the mushroom people makeup to the model yacht in the storm (I swear it looked real)!

Be careful around her

Matango dips a bit into some philosophical psychobabble about how humanity sucks, and that people turn on each other and fall victim to paranoia the minute things get tough – that sort of thing. Nothing too profound, but I appreciated it and could see someone getting some of this dialogue tattooed on their back.