The Man Called Flintstone was a feature-length theatrical film released in 1966 that served as a denouement for The Flintstones series after its whopping 6 seasons of 166 episodes. 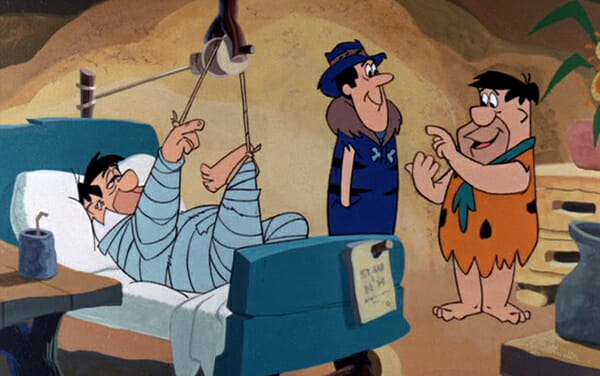 The story takes a page from thrillers like North by Northwest, The Man Who Knew Too Much, and especially James Bond; a spy dude who looks exactly like Fred Flintstone gets injured on the job, and Fred has to take his place to stop a villain named Triple X from launching a missile at an unsuspecting city or whatever. 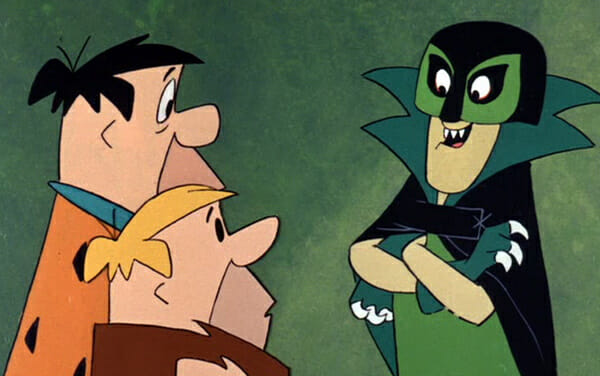 Fred flies to Paris (which apparently…existed in the Flintstones‘ era) with his family and the Rubbles under the pretense of a vacation, all the while doing secret spy stuff and interacting with various femme fatales. Eventually, Triple X captures Fred and Barney, but Fred uses trickery to thwart his plans; X and his minions board the missile and are launched into space. 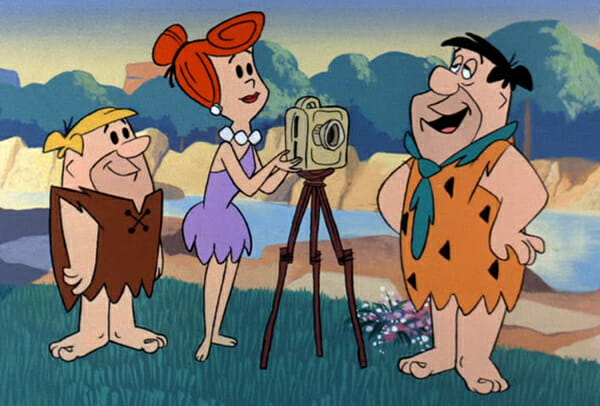 Since Barney’s the one who shut Triple X and co. in the missile, he has their blood on his hands!

I’ve got to give props to Hanna-Barbera for trying something completely different with the franchise, but I think I would have rather watched a random episode instead. This film tries too hard to make The Flintstones into something it’s not, and what you get is a Flintstones-skinned adventure-comedy instead of the low stakes “slice of life” chillness we’re used to from the series. It feels off. 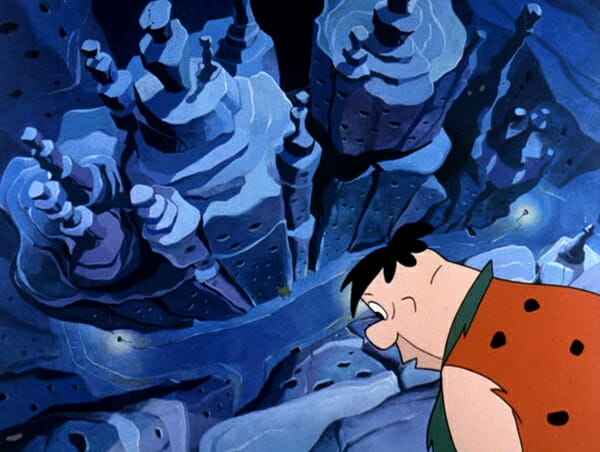 Love this shot of Bedrock

There are a handful of funny moments and, surprisingly, some really artistic shots – mostly found in the opening chase scene. But unneeded musical numbers really drag the film down, like the ones with Pebbles and Bam Bam, who do nothing else of note in the entire film (though I have to admit, one of their songs is pretty catchy). It’s a consistent, “okay” film and doesn’t rise above that level.

Only worth a watch if you’re a Flintstones fan.