The Smurfs rescue a couple kids (and Gargamel) from someone who’s probably Satan. 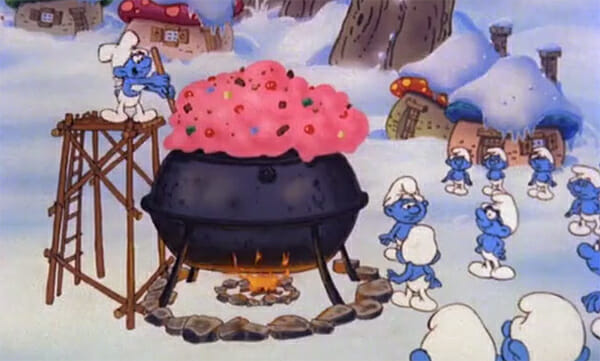 Getting ready for Christmas

While the Smurfs prepare for Christmas, putting up decorations and making pudding, a couple kids wander the snowy landscape after their sleigh crashes. 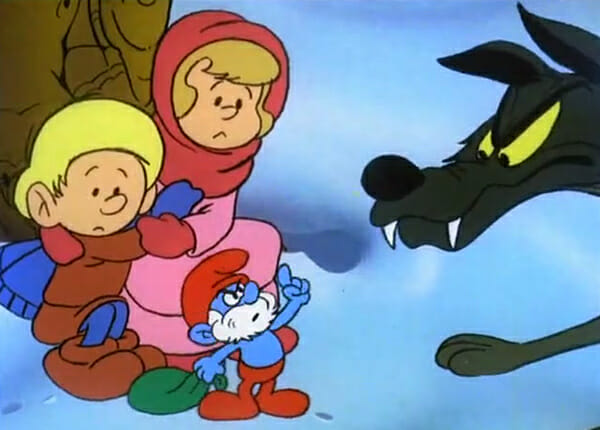 The Smurfs find the kids surrounded by a pack of wolves, which (surprisingly) leave after Papa Smurf tells them to. 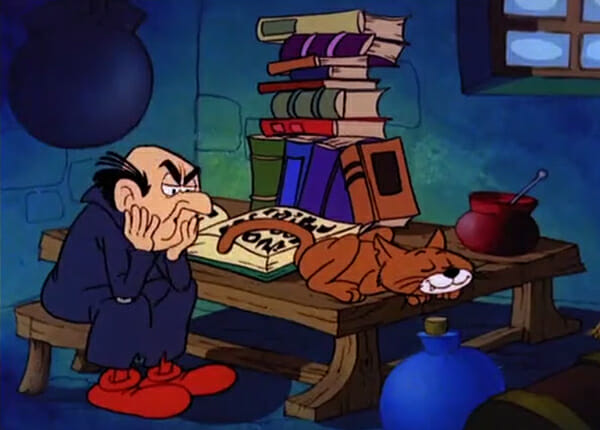 I can relate to this

Meanwhile, Gargamel tries to develop yet another way to destroy the Smurfs but fails miserably like always. A mysterious stranger arrives and tells him he can provide a spell to destroy the Smurfs in return for giving him those kids we saw earlier – they’re the niece and nephew of some dude who keeps meddling in his evil plans. 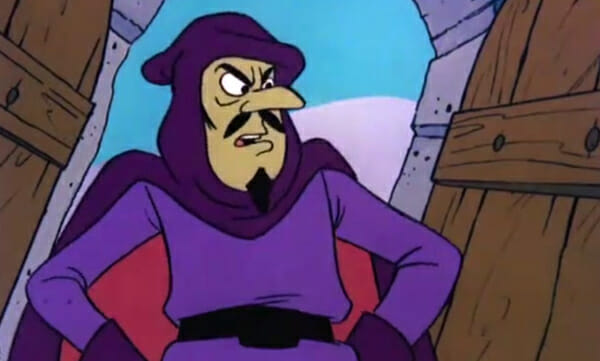 The Stranger (voiced by Rene Auberjonois!)

Gargamel does as he’s told and kidnaps the children and gets the spell, which he uses to destroy the Smurf village, and more importantly, their Christmas tree! 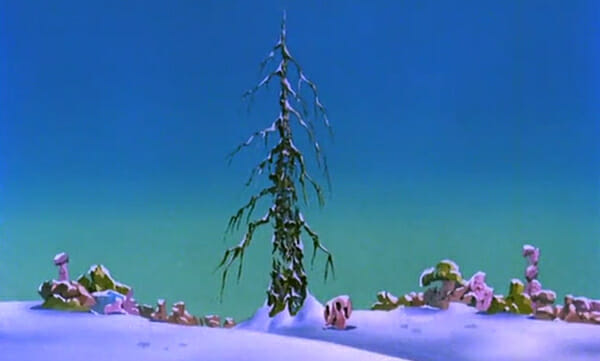 Goodness Makes The Badness Go Away

The stranger tries to kill the kids (and Gargamel) by summoning hellfire, but the Smurfs arrive and start singing. The stranger grows weak and disappears, and the children are then returned to their uncle. 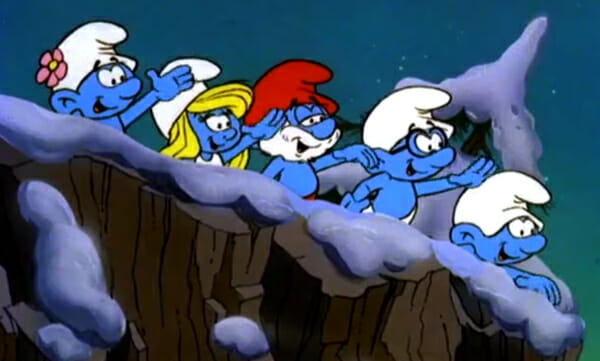 The Smurfs waving goodbye to the kids

In the final scene, Harmony Smurf plays a trumpet solo that somehow restores the destroyed village and tree. It’s a Christmas miracle! 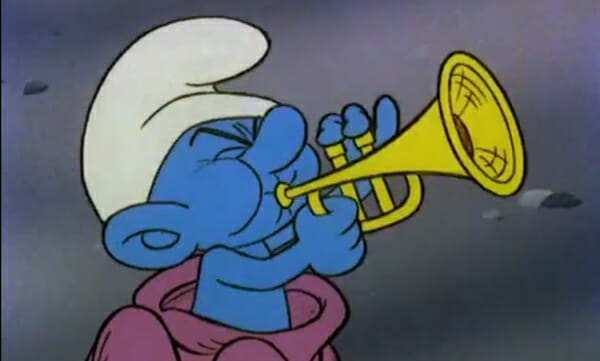 I was never really big on the Smurfs growing up; for some reason I always sympathized with Gargamel (he has a cat, so he can’t be all that bad). If this show was ever on tv, I’d try to change the channel as fast as I could. The only exception was this episode solely because of the villain, the mysterious stranger…who we’re led to believe is Satan. This guy was on a different level to Gargamel, way more threatening in both power and appearance. 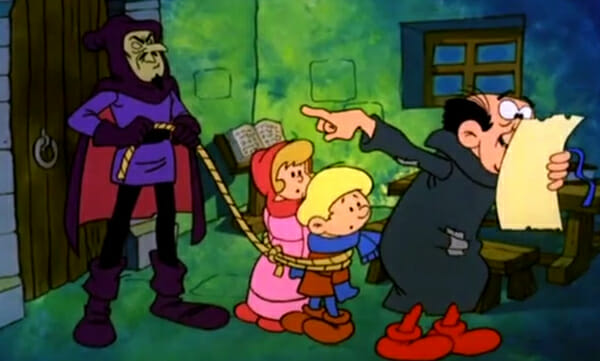 Just look at that moustache

Rewatching this episode now, I don’t know what I saw in him. My memory made him way more badass than he actual was. He was defeated by a song, for God’s sake! 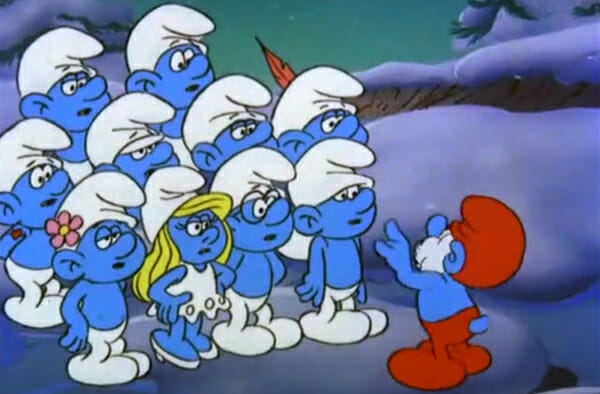 Also, this being the first Smurfs episode I’ve seen in decades, I can’t help but feel the Smurfs are a cult, or at least cult-like. Probably because of all the singing they do. I do love Grouchy Smurf, though. We probably hate the same things.