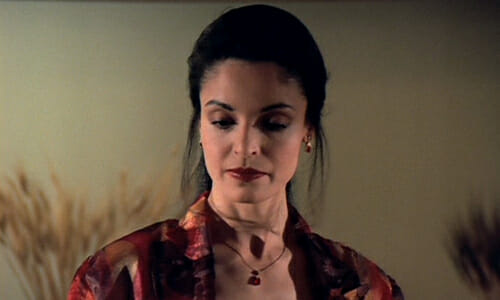 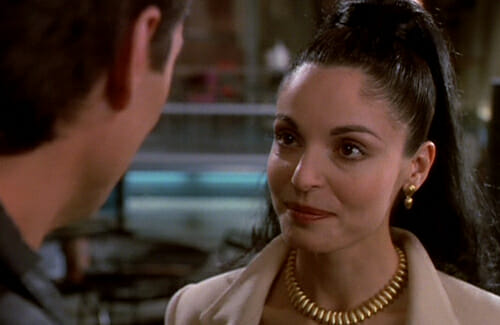 The next day, Sharon arrives at Cosmos looking for Jake and we learn she’s his first girlfriend/lover. However, the Sharon that died in the opening scene was the real Sharon; this Sharon is an identity double hired by the real Sharon to be her decoy. She was surgically altered to look like her and was even implanted with her memories. Now she is Sharon. 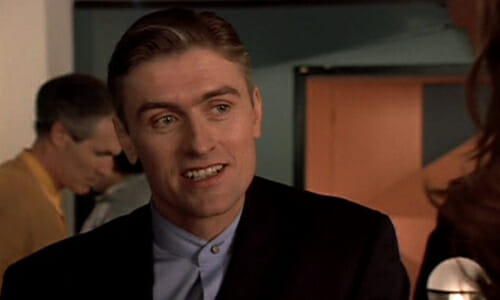 Sharon’s husband, Bob, is a highly regarded police commissioner. In fact, he’s just about to celebrate a large bust by vaporizing Tek chips live on tv. However, thanks to Sharon’s memories, we know that Bob is, in actuality, an abusive asshole. 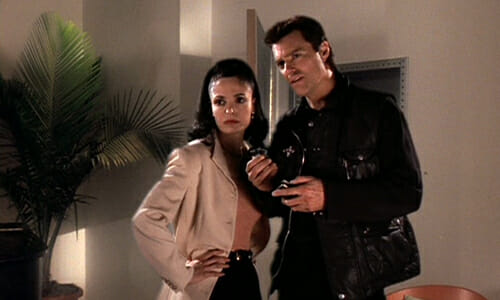 Jake and Sharon snoop around

During their investigation, Jake and Sharon uncover that Bob had the real Sharon murdered to protect his secret: the chips he plans to destroy on television are blank, and he plans to sell the real Tek chips like the scummy Tek dealer he is. 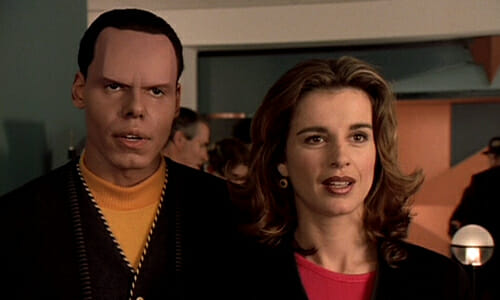 Oh yeah, these guys are here too

Bob tries to frame Sharon’s murder on Jake, but Jake turns the tables by proving Bob is both a murderer and an asshole, and he’s arrested. 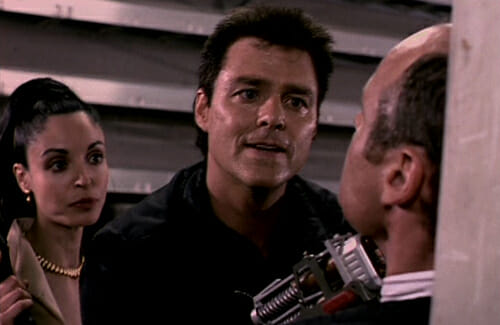 Jake interrogates one of Bob’s men

Another middling, okay episode. The idea of someone having a duplicate (with their memories) solve their own murder is pretty interesting, even if it did remind me a bit of Android Beth and Real Beth in the first TekWar film. 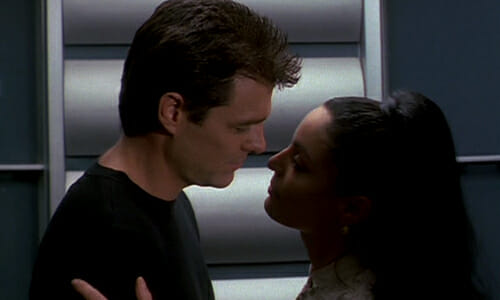 We learn a bit about Jake’s past, but it’s so late in the series it doesn’t really matter. And he and Sharon hog the spotlight, leaving the supporting cast with little to do. There aren’t any memorable scenes, so I’d probably skip this one on rewatches.