Sam infiltrates a mob family after undergoing a procedure to alter her personality. 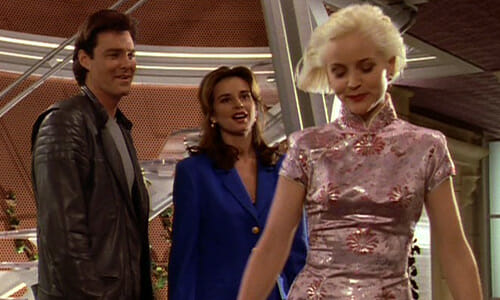 Just another day in the office

As the newest Cosmos employee, and thus having little information to give away if compromised, Sam Houston is selected to go deep undercover into the local mob family using an experimental technology. 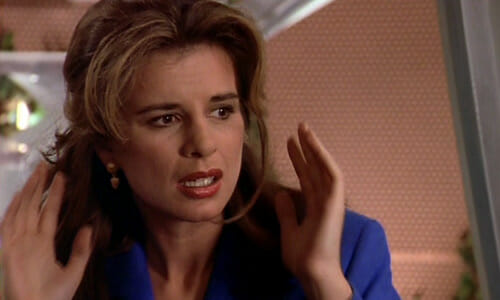 The technology totally rewrites Sam’s personality and gives her false memories of having a father who used to work for the mob. Her new name? Courtney. 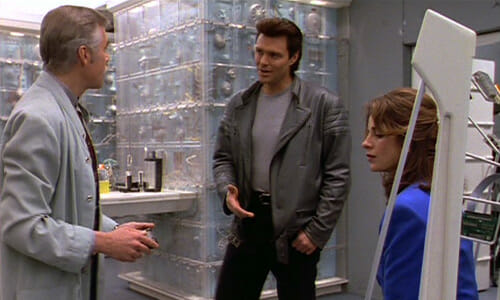 Courtney’s programmed to have a nicotine addiction and must go on a smoke break every 8 hours so Jake can meet with her. He’ll then wave a device over her brain to temporarily bring back Sam, and she can give him intel. If Jake misses a smoke break appointment with her, he risks the Courtney personality taking over completely. 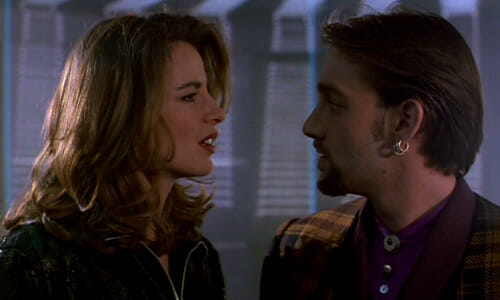 Sam (now Courtney) in a cell with the mob guy

Courtney is “arrested” and sent to the same jail cell as a member of the mob family. She busts him out, and as gratitude, he offers her a job in the family business. 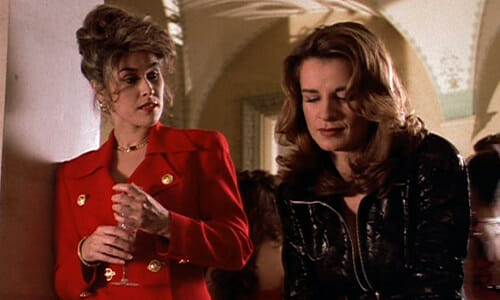 Welcome to the family

She helps them break into a facility to steal weapons; the mob family’s goal goal is to amass a large quantity of weapons so they can take out their only rival, the Tek Lords. 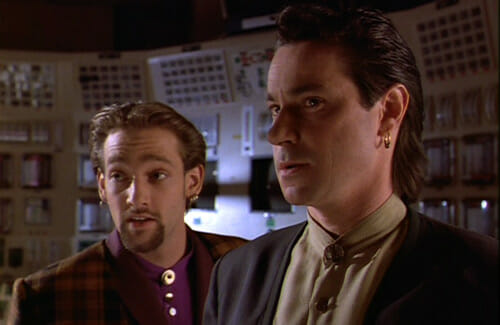 During their escapades together, the lead mob lady, Cassandra, grows fond of Courtney and wants to keep her around. Uh oh! Courtney misses her smoke break appointment with Jake and starts gaining control. 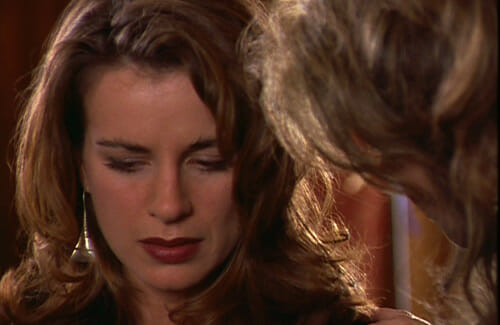 The family breaks into another weapons storage facility, but Jake shows up and gets in a fight with Courtney. He tries to get her to remember who she is, but it doesn’t work…until he starts strangling her. Then it works, Sam’s back, and all the mob people die in a shootout. 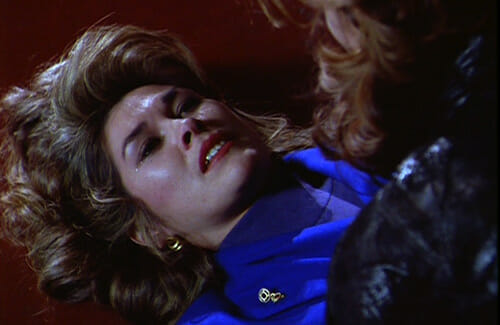 Another interesting sci-fi story that could have been explored better. I mean, this is some freaky deaky stuff, and the episode should have gone into more of the ramifications. Like if Courtney happened to kill an innocent, would Sam really have been okay with that? 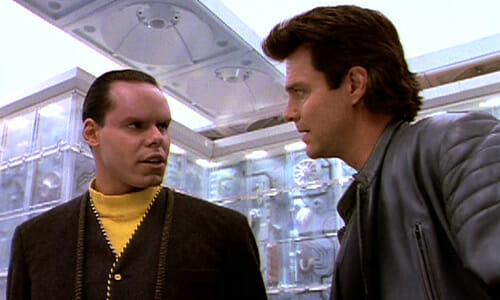 Winger and Jake discuss the situation

And of course it was really laughable how easy it was to get Sam back in control after Courtney seemingly took over. Is that it, then? The personality is totally gone and doesn’t need to be removed? I was under the impression the whole procedure was going to be reversed afterwards, but since the doctor got killed by the family, that must not have been the case.