Danny and a bunch of other children’s minds are uploaded into a virtual environment – a paradise! 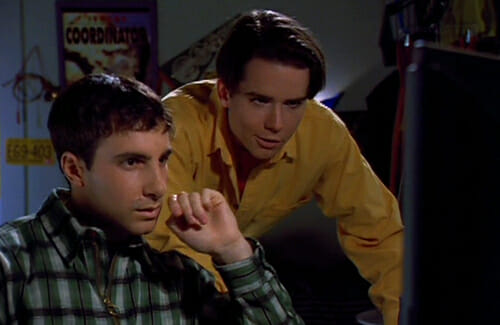 Peter and Danny get a message from Tina

Jake’s son Danny and his friend Peter are under a lot of pressure to study and do well in school…until a girl named Tina (played by Starhunter‘s Tanya Allen) pops up on Peter’s computer and invites them to a party. 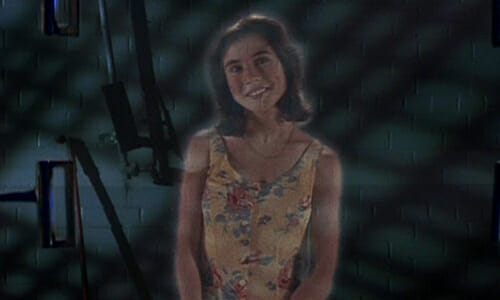 There, a hologram of Tina urges Peter to put on a nearby VR headset – when he does, he’s zapped unconscious and two random people come in and take him away. 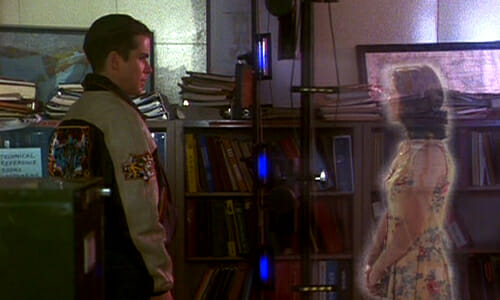 Danny feels partially responsible for what happened to Peter, but Jake tells him to stay home. Of course Danny doesn’t listen and goes back to the party. He puts on the headset and gets zapped like Peter, then falls into a coma. 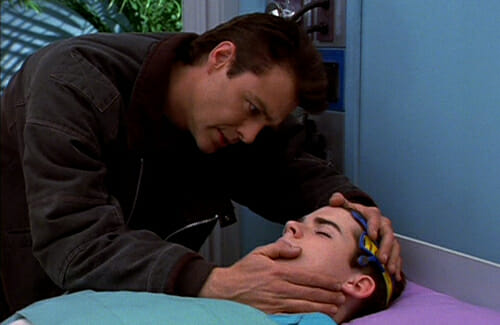 Danny’s in a coma

Danny’s mind is uploaded to a virtual utopian environment where all the kidnapped kids, such as Peter and Tina hang out. Sort of like Unimatrix Zero in Star Trek: Voyager. 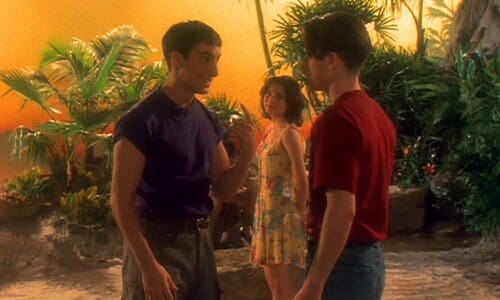 The mastermind behind this is Dr. Alison Gilbert, who tells everyone in Utopia that she wanted to make a place for kids to relax and have fun. But really, she’s made a state of the art computer that runs off brainwaves and needs kids’ brains to power it. Kids eventually die and need to be constantly replaced. 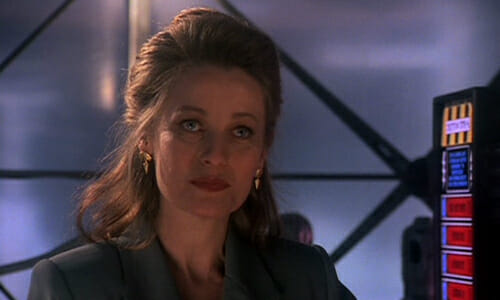 Jake tracks down Dr. Gilbert and follows her into Utopia, where he tells all the kids the real reason they’re there. Gilbert gets all thunder and lightning-y, but Jake fights her back with help from all the kids; she’s defeated and everyone returns to reality. 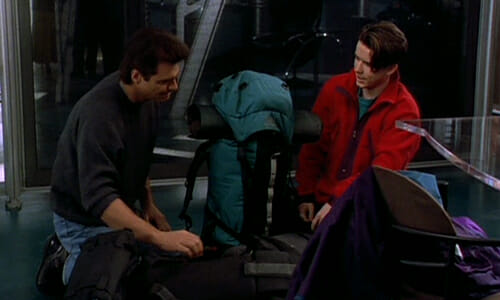 Jake and Danny get ready for a camping trip or something

While entertaining in parts, this episode had several issues. Chief among them, the climactic scene at the end where Jake and the kids “unite their brain power” to stop Gilbert – what was that about? And I’m only guessing they were uniting their brain power because it wasn’t quite clear what was going on. The whole premise of a computer needing to run on kid brains was also hokey. Wasn’t there a better way to do this? 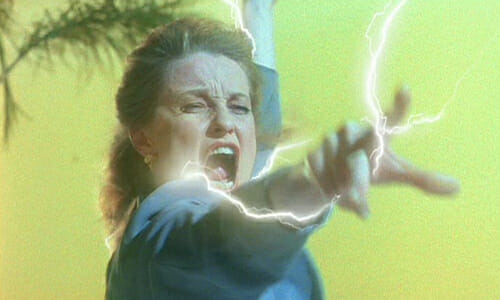 They made a big deal about Tina being the longest surviving child in Utopia, but didn’t really do much with that. Her importance just kinda drops about midway through the episode. I did get a kick out of all the kids marveling at how awesome Utopia is, despite the fact that it’s a super cheap-looking set, like something from the original Land of the Lost.