Strange New World was a third attempt at making a series based on Gene Roddenberry’s concept of someone (or in this case, three someones) waking up in a future, post-apocalyptic Earth. Roddenberry wasn’t involved with this iteration, but John Saxon returns as the lead actor.

Like its predecessors, Genesis II and Planet Earth, Strange New World failed to go to series. 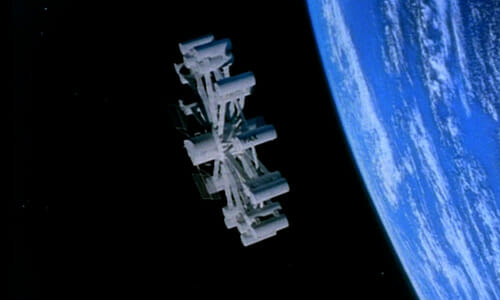 We begin with a quick rundown of the premise: three astronauts on a space station are awakened from suspended animation 160 years after a swarm of asteroids have devastated Earth’s surface. The astronauts – Captain Anthony Vico, Dr. Allison Crowley, Dr. William Scott – take a shuttle down to Earth to search for signs of life. 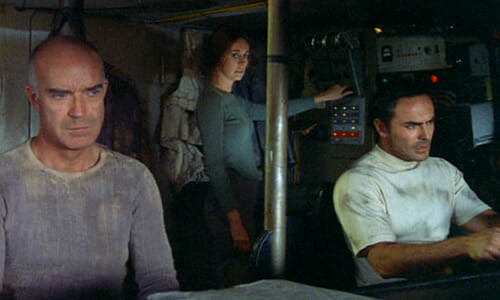 The three astronauts come into contact with a civilization modeled after the Roman Empire (like the Tyrians in Genesis II). These people are very welcoming to our heroes, and certainly like to party…but they hide a secret! 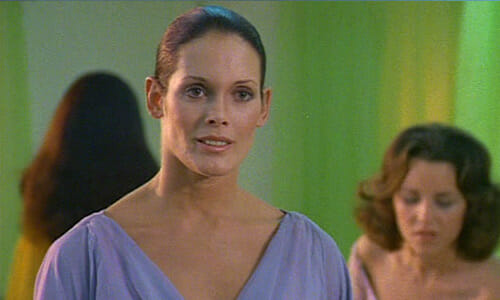 Our heroes receive a warm welcome from Tana

They have essentially cured death. If someone dies, their body is taken to a hospital and they’re revived in half an hour. But how does it work? Simple: everyone is a clone and the originals are stored underground in stasis. 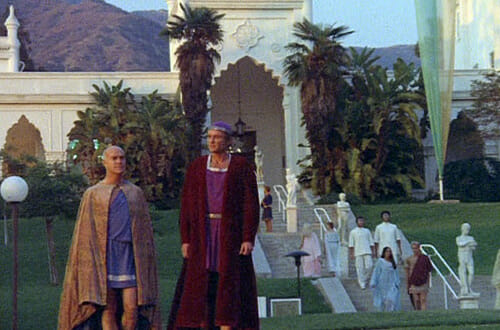 Scott and Surgeon go on a relaxing walk

Over the years, the clones have started degrading – even the leader, Surgeon, shows occasional lapses in mental acuity. The solution to this problem is to harvest blood and tissue from new subjects; surgeon straps down Vico and Crowley in an attempt to drain them dry. 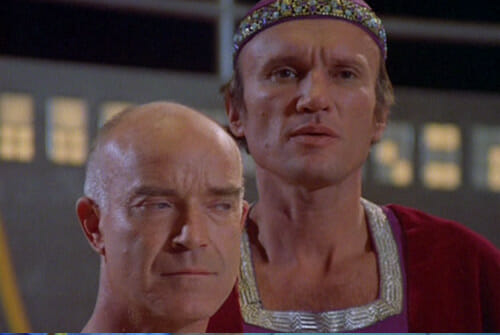 Is Scott on Team Astronaut or Team Surgeon?

But Scott rescues his friends and they all fight their way out of the laboratory. The Neo Romans’ original bodies get damaged, causing all the clones in the city to just…drop dead! Way to go, astronauts. You just committed genocide. 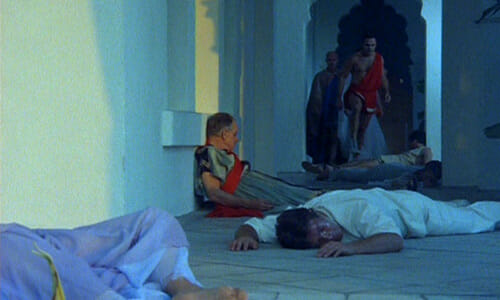 We move ahead several months. Our heroes are now in a jungle, where they get caught in the middle of a conflict between a group of savage poachers and “The Chosen Wardens.” 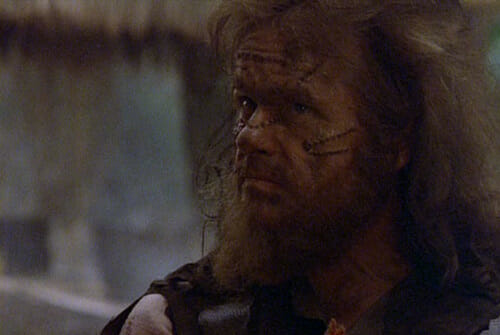 Badger, leader of the poachers

The Wardens live in the site of a former zoo and are descendants of its staff; they treat the “Code of the United States Fish and Wildlife Service” as a holy book. I dig stuff like this in post-apocalyptic stories. 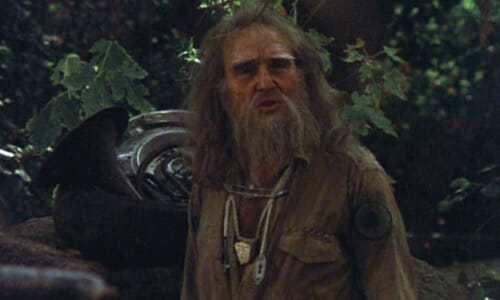 The Wardens mistake Crowley for a poacher and take her to their camp, where she befriends a Warden named Daniel. 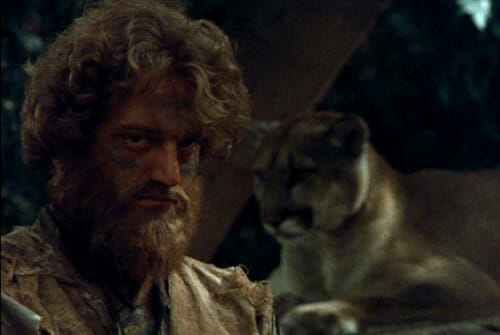 Meanwhile, Vico and Scott ally themselves with the poachers in search of Crowley. It’s a tenuous relationship at best, and the hunters end up running away with Vico’s flare gun. 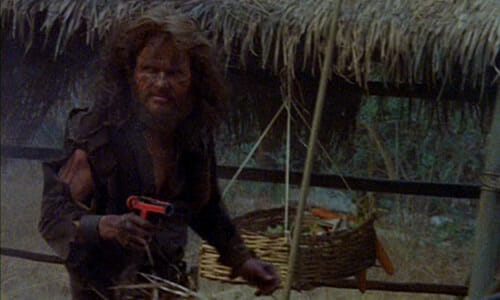 Badger threatens the Wardens with the flare gun

Vico and Scott end up at the zoo and rescue Crowley, then help the Wardens fight off an attack from the poachers. The final scene is right out of Star Trek: Daniel wants the Wardens and poachers to get along, but the head Warden says such a thing goes against their sacred laws. “The articles were written for a different time,” says Daniel. “Things change.” And that, as they say, is that

Strange New World is an interesting beast, mixing elements from its sibling productions, such as Genesis II‘s attempt at serious, cerebral science fiction and Planet Earth‘s propensity for light action and adventure. But it neglected to add the strongest elements of both: the characters. 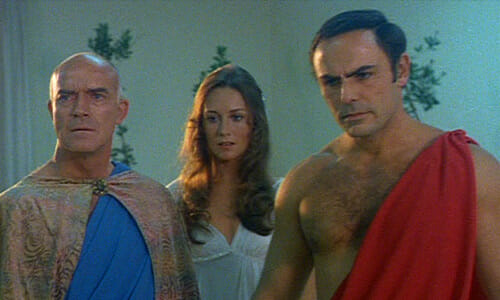 The three astronauts in Roman garb

All three hero characters are bland and interchangeable. A letdown, considering John Saxon’s fun and charming performance in Planet Earth; here he’s just “serious man.” Missing are the likes of Lyra-a, Marg, and Harper-Smythe from the other pilots. Who are their analogues here? The generic Surgeon? The woefully underdeveloped Tana? Memorable characters they are not. 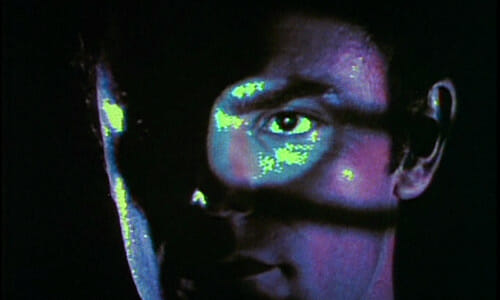 I liked that the film is made up of two entirely separate stories (or “episodes”), but the first one dragged on as it kept trying to stretch out the mystery. And I could have done without the sequence near the beginning, where we have to sit through roughly 5 minutes of Roman scans of the astronauts. Vico and Scott catch their breath

The second story is slightly shorter, so the pacing was better, but it was almost entirely shot outdoors among dense foliage, where everything looked dark and muddy. Not pleasant to watch, and it was even hard to see what was going on sometimes. The three astronauts in stasis

The pilot rushes to start its story and speeds through the exposition so fast that we barely spend any time on the space station. We sure could have used a 10-15 minute scene there introducing the characters, and maybe even showing them interact with people from their time before going into stasis (as in Genesis II).