Well, time to look at another of the Star Trek comics I made in elementary school. 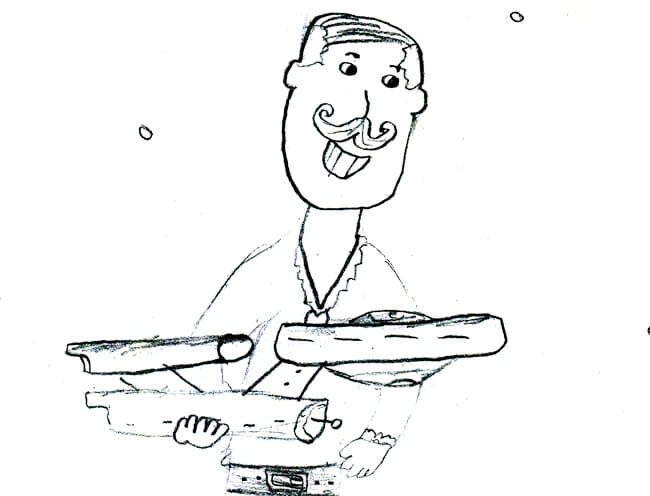 This one starts with Kirk and Spock watching television on the bridge – a common occurrence in these comics. This time they’re watching cat food commercials. Both of them get excited; Kirk rips off his toupee and Spock shoots the ceiling with a phaser. 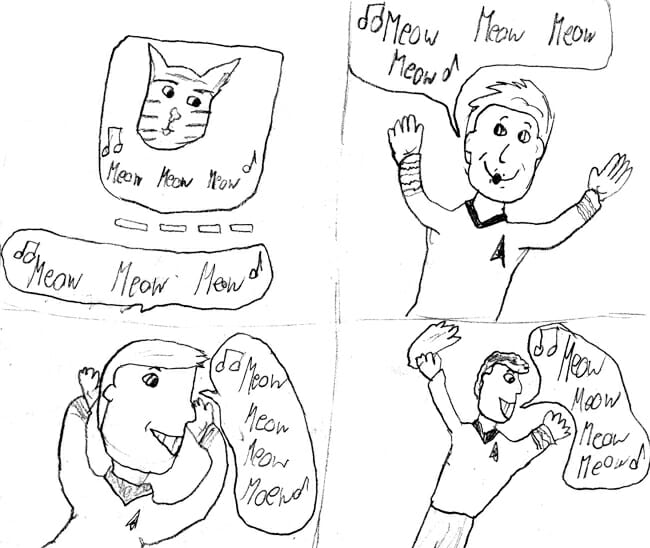 Suddenly, the Enterprise is attached by an Orion ship, which looks suspiciously like a Banshee from Wing Commander IV. A boarding party consisting of only two Orions beams aboard, but Chekov shoots one and Spock nerve pinches the other. 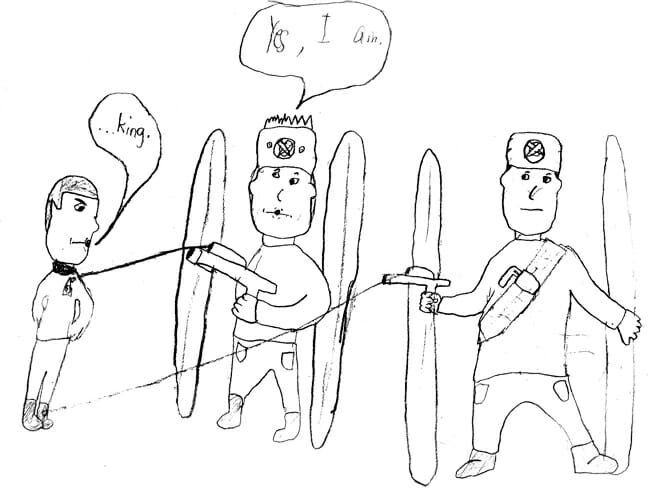 The Enterprise heads over to the planet Goldias 5 to gather “fuel” – Kirk, Spock, and a redshirt beam down and examine a geyser.

Spock: I believe this geyser stores the fuel we need, do you agree?
Redshirt: I’m just a security guard sir, my job is to not think but shoot. Yes. 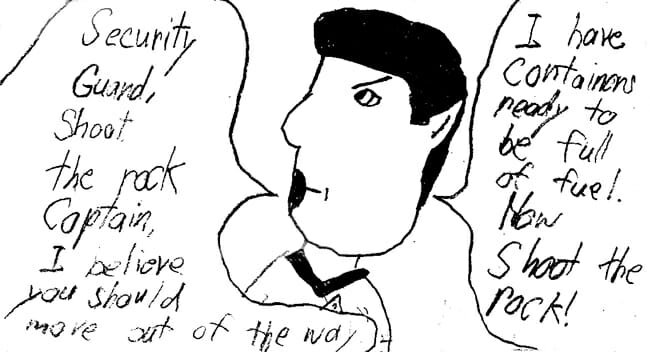 I love that Spock doesn’t address the redshirt by name

The redshirt tries to shoot at the geyser, but the geyser shoots back and stuns both him and Kirk.

The geyser zaps the redshirt

A cat in a Starfleet uniform (?) appears in front of a dazed Kirk… 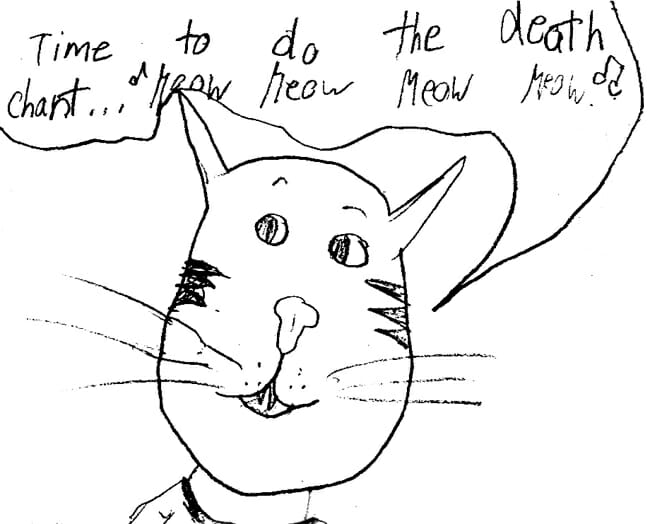 But the cat is actually Harry Mudd in disguise! (He was somehow able to control the geyser). 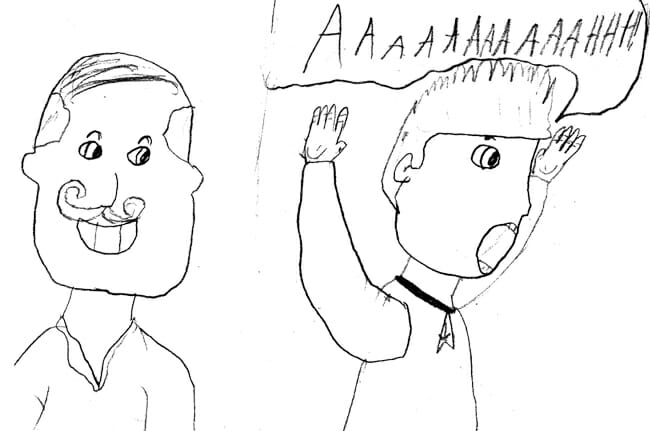 Mudd explains how he escaped the android planet from the episode I, Mudd.

Mudd: I destroyed all of the androids for parts except Norman so he could make me a ship. Then I destroyed Norman.
Kirk: How did you destroy them?
Mudd: I threw rocks at them!

Mudd recounts how he escaped the android planet

His fuel ran out (I wonder why I didn’t just call them “dilithium crystals”) two days ago and he crashed on this planet.

The Orions are back

The landing party returns to the Enterprise as it gets attacked by more Orion ships.

The bump on Mudd’s head grows a fist

Orions board the ship – Spock’s phaser stops working (“Either my phaser is out of energy or the producers haven’t been paying their special effect bills”). Harry gets a bump on his head, which grows a fist and punches an Orion. 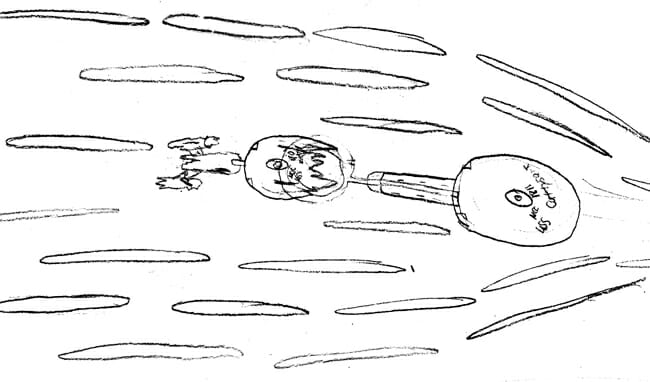 The Cutty Sark (Ptolemy class!) warps off with the Enterprise

The beaten Orions leave and the USS Cutty Sark arrives to tow the battered Enterprise to a space station for repairs.